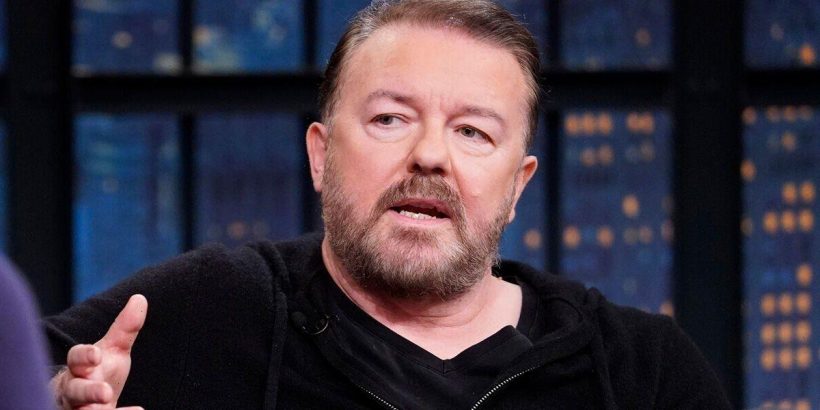 Ricky Gervais, 61, took to Twitter to ask his followers to help him save the Wild Futures Monkey Sanctuary in Looe, Cornwall. The sanctuary’s website says that the establishment is on the verge of closure after funding decreased during the Covid pandemic and the current cost of living crisis.

The website states that closing the sanctuary would put the future of dozens of monkeys’ homes at risk.

Touched by the sanctuary’s plea, Ricky asked his 15 million followers to help him and make a donation.

The comedian wrote: “URGENT! This monkey sanctuary will have to close down soon without donations https://wildfutures.org/donate Can you help me save it?”

While some took to the comments to thank Ricky for raising awareness, others criticised him for asking the public for donations when he “has enough” cash himself.

Keith quipped: “Fella with millions of bananas in his cupboard wants you to donate a few bananas from the couple of bananas that you have.”

Elmeatbolio said: “Sorry Rick, not all of us have a spare million.”

Jack raged: “An actual millionaire asking for financial help??? Surely, he has enough to donate.”

And Sky quipped: “You have the money to do it yourself.”

Nevertheless, plenty did jump to the comments to defend The Office creator and commend him for the work he already does for good causes.

An unnamed user said: “Judging someone for their success is a red flag for envy. Do you know how much this bloke does for charities?

“I wouldn’t bag him for asking others to contribute. He contributes plenty already, more than most actually.”

Mike echoed: “How do you know he hasn’t donated a lot already. Oh no, you don’t, so shh.”

And Toby proclaimed: “The amount of people on here complaining he should buy it whilst missing the point. If you can’t/don’t want to donate then don’t.

“Those who can, will and doubtless Gervais’ fans include people who have money to donate.”

Ricky is well known for his charity work, particularly in regards to animal rights, and previously vowed to leave his fortune to them when he dies.

Earlier this year, the comedian donated a total of £427k to three charities: International Animal Rescue, Animals Asia and Nowzad.

He said at the time: “It is such a privilege to be able to help animals in need, simply by doing a job that I already love.”

The sum was raised from the platinum ticket sales of his Supernature UK tour.

The stand-up show was later launched as a Netflix special and is currently available to watch on the streaming service.