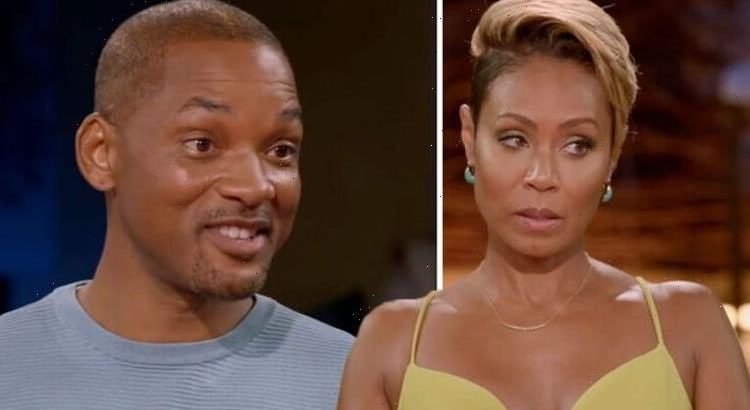 Will Smith, 53, spent three years perfecting a romantic gesture for his wife Jada Pinkett Smith back in 2011 when she turned 40. But Jada, now 50, was furious, branding the gift a “ridiculous display of his ego” and rejecting it.

Fresh Prince star Will opened up on the dramatic incident during his wife’s Red Table Talk show back in 2018.

He explained he spent three years planning an extravaganza for his wife’s 40th, creating a documentary about her ancestry and inviting her loved ones to watch it with her as a surprise.

Speaking alongside Jada, their children Willow and Jaden, and Jada’s mother Adrienne Banfield-Norris, Will said: “The day after her 37th birthday, I hired a team to orchestrate her 40th birthday.

“I hired a documentary team, I traced mommy’s family roots. Her 40th birthday was going to be my thing!”

Looking unimpressed, Jada added: “It was going to be a splash.”

He explained he even hired Mary J Blige to perform at the event.

But Jada’s response was certainly not what Will had hoped for, and she claimed she told him it was “the most ridiculous display of his ego”.

“And to this day I know I was crushed because it was true. It wasn’t a party for her.”

He added that the row was his “low point”.

The video has gone viral again after Will famously slapped Chris Rock at the 2022 Oscars ceremony for making a joke about Jada.

He compared Jada, who has alopecia, to GI Jane – a Demi Moore character with a shaved head.

Will walked up on stage, hit Chris and told him: “Keep my wife’s name out of your f***ing mouth.”

He has since been banned from the Oscars and all Academy events for the next ten years.

But Jada has come under fire too, as some claimed Will laughed at the joke before noticing her rolling her eyes, and swiftly changing his response.

Commenting on the video where Will discusses the backfired birthday gesture, Reddit user Magus9796 accused Jada of being “ungrateful”.

Skoofer agreed: “Imagine being married to someone that spent literally years planning a special event for you and instead of gratitude you say it’s all to feed their ego… marital bliss.”

But some were on Jada’s side, revealing they could see her point.

“The way he described it sounded like it was to feed his own ego,” said Wimpymist.