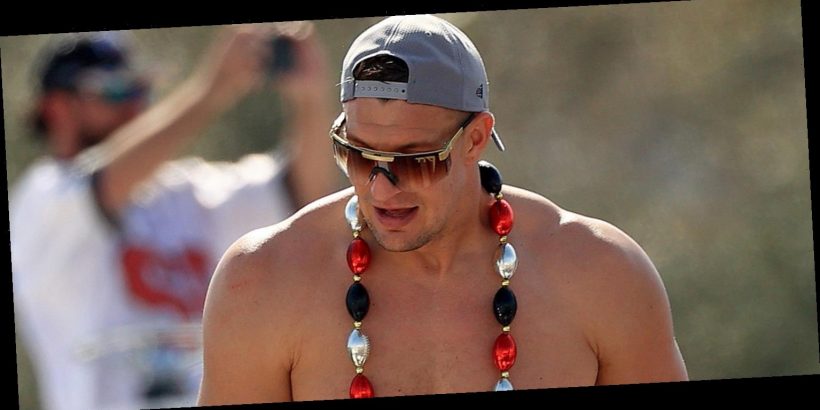 Rob Gronkowski is in celebration mode!

Joining Rob aboard the boat was his longtime girlfriend Camille Kosetk, who sported his Tampa Bay Buccaneers jersey for the victory parade.

During the parade, Rob was spotted showing off his dance moves while the boat played music.

Rob and the Buccaneers defeated the Kansas City Chiefs on Sunday (February 7) to win the 2021 Super Bowl.

Rob has now won four Super Bowls – one with the Buccaneers and three with the New England Patriots.

If you missed it, find out how many people tuned in to watch the Super Bowl this past weekend.

10+ pictures inside of Rob Gronkowski during the victory parade…