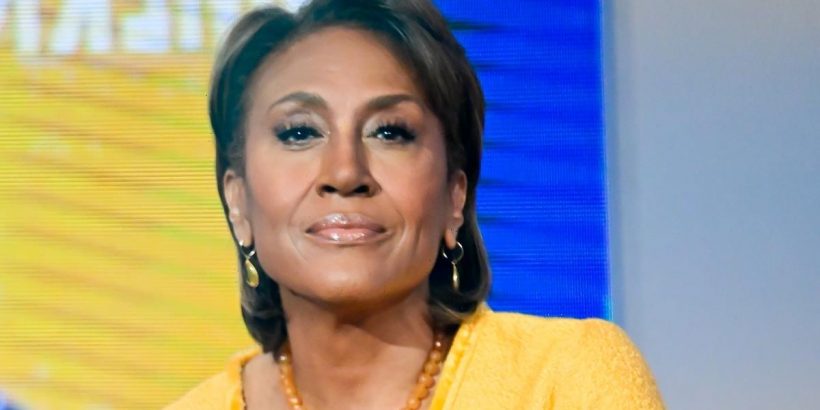 Robin Roberts has had a storied career as one of the anchors of Good Morning America, but she recently revealed a moment that she thought would cost her the seat altogether.

In an interview with theSkimm’s 9 to 5ish podcast, the TV host talked about covering Hurricane Katrina back in 2005 and how emotional the ordeal proved to be for her.

In quotes exclusively obtained by HELLO!, Robin said: “It was Charlie [Gibson] who said at the end of the report, ‘Robin, when you left here, you hadn’t made contact with your family. Were you able to do so?'”

She then shared: “And I’m telling you, I just ugly cried. I was bawling….In part because of gratitude that my family was safe. But also knowing that there are people tuning in that morning who felt like I had – not knowing about the condition of their loved ones.

“And I thought I was going to be fired on the spot. You don’t cry on national TV like that.” However, the result turned out to be the exact opposite.

“People appreciated my authenticity. I was in the moment and I was sharing what I was feeling. And I was so grateful that the audience responded with donations to that area.

“And [I] really was able to be a platform for people to reach out and help like they wanted to,” she continued. “That was a real turning point for me. That’s what I realized…I made this transition outside of my comfort zone to be able to have an opportunity to do even greater good.”

MORE: Robin Roberts celebrates monumental milestone on GMA and fans are in disbelief

The ABC News personality further elaborated on how finding out about people’s love for authenticity gave her the courage to publically open up about her breast cancer diagnosis two years later.

“I really feel because of what had happened in 2005, it just taught me I don’t have to put on a persona,” Robin explained. “I don’t have to wake up and go, ‘Ok, this is how I’m supposed to act.’ No, if you just be who you are, people respond to that.”

The TV personality has become a beloved figure in morning news

theSkimm’s 9 to 5ish podcast episode goes live at 9pm tonight, and you can hear it anywhere you listen to podcasts. Subscribe to the show so you don’t miss it.