Ronan Farrow is revealing more unsettling allegations against Matt Lauer in his new book Catch and Kill — and this time, he’s not sparing any details.

In the book, the Pulitzer Prize-winning journalist and #MeToo kingpin recounts his investigation into Harvey Weinstein and the hurdles he faced along the way from NBC News and Black Cube, an investigative firm the movie mogul hired to stop him.

But the 31-year-old also sheds more light on the complaint former NBC News employee Brooke Nevils made against Lauer, which led to the veteran anchor’s firing from the Today show in 2017.

When everything went public at the time, NBC News kept Nevils’ identity anonymous from the media at her request. Now, she’s ready to step into the spotlight and share her allegations with the world for the first time in full.

According to Variety, Nevils alleges in the book Lauer anally raped her in his hotel room at the 2014 Sochi Olympics.

During the trip, she was assigned to work with former Today co-anchor Meredith Vieira, who was brought back to the program for Olympics coverage. Nevils alleges she and Vieira were at the hotel bar where the NBC News team was staying one night when they ran into Lauer. He joined them, and allegedly ended up jokingly taking Nevils’ press credential and bringing it back to his hotel room.

In her account, Nevils, who had six shots of vodka, ended up going to Lauer’s room to get her press credential back; then a second time because he invited her back. As Farrow writes, Nevils “had no reason to suspect Lauer would be anything but friendly based on prior experience.”

Farrow writes in the book that Nevils “said that she declined several times,” and allegedly “was in the midst of telling him she wasn’t interested again when he ‘just did it.’” The book claims:

“Lauer, she said, didn’t use lubricant. The encounter was excruciatingly painful. ‘It hurt so bad. I remember thinking, Is this normal?’ She told me she stopped saying no, but wept silently into a pillow.”

Nevils, who apparently “bled for days” afterward, claims Lauer at one point asked her if she liked it, to which she responded ‘yes.’ But she told Farrow the encounter was nonconsensual for several reasons:

“Sources close to Lauer emphasized that she sometimes initiated contact. What is not in dispute is that Nevils, like several of the women I’d spoken to, had further sexual encounters with the man she said assaulted her. ‘This is what I blame myself most for,’ . It was completely transactional. It was not a relationship.”

Nevils said she told “like a million people” about her situation with Lauer after their encounters, but was terrified about the power he had over her career.

Farrow claims Nevils “told colleagues and superiors at NBC” before moving to NBC’s Peacock Productions to be a producer “and reported it to one of her new bosses there.” He adds:

“This was no secret.”

NBC allegedly did nothing until fall 2017, when the Weinstein fallout inspired former Today colleagues to ask Nevils about Lauer. Nevils said, at that point, she went to Vieira and explained what had happened.

According to Nevils, Vieira was distraught and urged her to go to NBC Universal human resources with a lawyer. She did and soon learned the higher-ups at NBC News “were emphasizing that the incident hadn’t been ‘criminal’ or an ‘assault” — which apparently caused her to throw up.

“She was made to sit in the same meetings as everyone else, discussing the news, and in all of them colleagues loyal to Lauer cast doubt on the claims, and judgment on her.”

Nevils had never been after money, but the company paid her “seven figures” after telling her to go on medical leave in 2018. The book claims:

“The network proposed a script she would have to read, suggesting that she had left to pursue other endeavors, that she was treated well, and that NBC News was a positive example of sexual harassment.”

NBC News, for its part, said in a statement it took quick action after Nevils’ formal complaint was filed, telling Variety:

“Matt Lauer’s conduct was appalling, horrific and reprehensible, as we said at the time. That’s why he was fired within 24 hours of us first learning of the complaint. Our hearts break again for our colleague.”

But in the book, NBC News come across as more of an obstacle than anything else in the journalist’s fight for justice.

Catch and Kill hits shelves on October 15. Will you be picking up a copy? 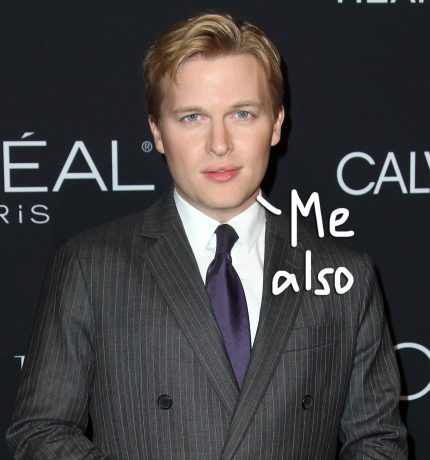