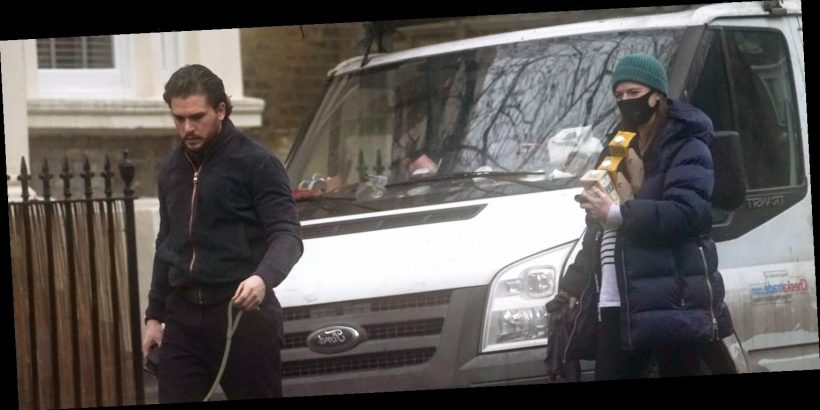 Rose Leslie is giving fans a rare glimpse at her baby bump!

The 33-year-old actress stepped out to pick up some oatmilk from a store while out with husband Kit Harington and their dog on Monday afternoon (January 4) in London, England.

Rose bundled up her baby bump in a navy puffer jacket over a white and black-striped shirt while the 34-year-old Game of Thrones actor kept things casual in an all black outfit for their outing.

Kit recently showed off his fit physique in a tight, gray shirt while out on a jog.

Back in September, Rose and Kit announced that they were expecting their first child together! The couple have been married since 2018 after meeting on set of Game of Thrones.

If you missed it, Rose shared some rare comments about her pregnancy.