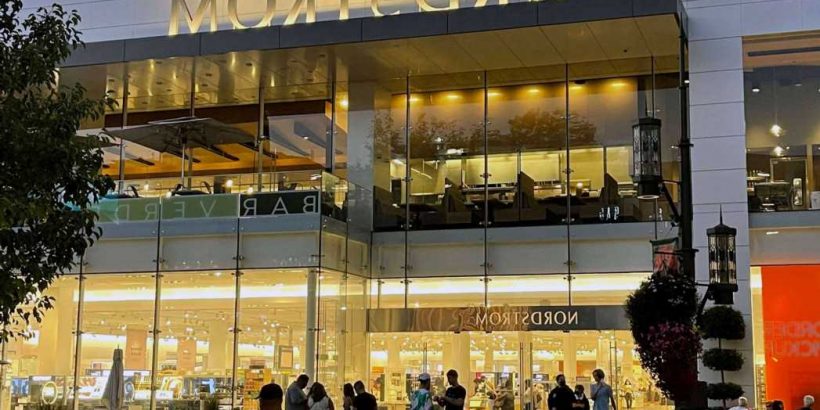 If you purchase an independently reviewed product or service through a link on our website, Rolling Stone may receive an affiliate commission.

Summertime might bring warm weather and vacations, but the real treat for deal-hunters and style enthusiasts is Nordstrom’s anniversary sale. Below is everything you need to know about the sale event, including the best Nordstrom anniversary sale deals to shop now, and how long the event will last.

What is the Nordstrom Anniversary Sale?

For more than 50 years, Nordstrom’s anniversary sale has marked the department store’s inception with some of its best deals of the year — and really some of the best deals anywhere, for that matter.

The Nordstrom anniversary sale is unique because you can score massive deals in every department. Designer clothing, white-hot trendy sneakers, outdoor gear, kitchenware and beauty supplies are just a handful of the categories on offer. Plus, unlike most sales, this one isn’t just stuff that didn’t sell last season – it’s also new arrivals from next season. This means you can stock up for fall and find bestsellers that have been restocked.

When is the Nordstrom Anniversary Sale 2022?

Although normally held in August, this year’s Nordstrom anniversary sale is started on July 15 at 12:01 a.m. ET / July 14 at 9:01 p.m. PT and will last through July 31. That’s quite a bit of time to shop (especially compared to, say, Amazon Prime Day), but the Nordstrom anniversary sale’s best deals always go quick. In other words, act fast if you find any good pieces in your size.

Nikes don’t often go on sale — let alone the cool ones, like these throwback Air Pegasus 83s. Right now you can snag the kicks at Nordstrom for 20% off, and team them with weekend outfits year-round.

Sales are always a good time to stock up on basics. If your white tee collection is starting to get more yellow, grab this four-pack of Nordstrom brand Supima cotton tees for 33% off.

Gorin Bros. trucker hats have blown up, and right now you can snag the cheeky “ass” version of the hat for 20% off.

Always a classic (but rarely discounted), these Ray-Bans are currently on sale for a whopping $72 less than retail. They’re similar to the signature Wayfarer shape, although a bit more unique.

Every shoe collection should have a pair of Converse (or three). If you’re in need of a pair, pick up these khaki-colored All Star 70s for just $56 — 33% off.

While summer is still in full swing, grab this modern Hawaiian shirt from Obey. It’s 36% off right now — money you can put towards a few beach-side cocktails.

Another great essentials pick from the Nordstrom Anniversary Sale is this five-pack of Calvin Klein boxers, which are 36% off during the big sale.

Called back to the office and scrambling for the right attire? Pick up this crisp, non-wrinkle, machine-washable Nordstrom dress shirt for 36% off.

Rhone makes some of our favorite gym shorts around, and Nordstorm just slashed the price by 30%. They boast four-way stretch fabric, scoop pockets at the front, and a stylish green color.

Formulated with caffeine, vitamins, and citrus, this Kiehl’s face wash is a great way to start the day. It’s also just $40 for a massive one-liter container, which should last for months.

The Seventies are back in a big (see, wide leg) way, and these Levi’s 501s nail the look with a high waist, straight leg fit. Slight whiskering and distressing adds to the vintage charm, and a 40% discount seals the deal.

A designer leather jacket at less than $400 is a rare find, making this $330 biker jacket from Allsaints a great deal. It’s normally $530, so snag it now before the price goes back up (and before fall hits).

That’s right: $15 can get you a great sweater at Nordstrom right now. This plaited stitch crewneck from BP. is 57% off, making a great choice for cozy, casual off-duty looks.

It’s never a bad time to grab a pair of UGG slippers. These genuine shearling slides are currently marked down $30 for the Anniversary Sale — you’ll thank yourself when the temperature drops.

This expandable tote from Longchamp — discounted $45 right now — works as a daily purse or a gear hauler for quick trips. It’s made of water-resistant nylon and comes in a few bright, fun colors.

Luxurious PJs are one of those purchases you’ll get plenty of miles out of. At just under $50 (30% off), this flowy, lightweight Nordstrom Moonlight set is one such pair.

If your fall transitional wardrobe isn’t up to snuff, pick up this cotton and nylon coat from Eileen Fisher. It’s $108 off right now and showcases a sleek, versatile look that works with casual or more dressed-up outfits.

This oversized, faux leather jacket from Levi’s is currently marked down by $60, and looks like something right out of the late Nineties/early Oughties. In other words, it’s exactly what we want to wear on a night out.

With almost 1000 reviews and a 4.5-star rating (out of 5), this Natori Bliss bra is a fan favorite. It features contoured, foam-lined jersey cups that create a smooth, flattering look under any shirt, and it’s currently 33% off.

The Hydro Flash is arguably the best water bottle around, keeping both hot and cold beverages at the proper temperature for hours. The only downside is it’s on the pricey side — unless you grab one now, as it’s on sale at Nordstrom for 24% off.

An electric kettle can be a piece of kitchen decor, as proven by this chic Stagg EKG kettle from Fellow. Ideal for pour-over coffee, the sleek kettle is currently discounted by $54.

Whether you’re camping, going on vacation, or just spending a weekend out of town, this water-resistant duffle from Hershel makes a great companion.

Yes, Nordstrom sells indoor gardens for your veggies, herbs, and flowers, and right now they’ve slashed $76 off the price tag. The clever little contraption features a reservoir of water and a self-watering feature, so you can leave it on the windowsill or shelf and always have fresh produce at the ready.

Another great piece of luggage from the anniversary sale is this carry-on suitcase from Vacay, discounted at $75 off. It features a pocket for wet storage, a shoe compartment, and plenty of space for a few days worth of clothes and gear — all packaged in a carry-on size.