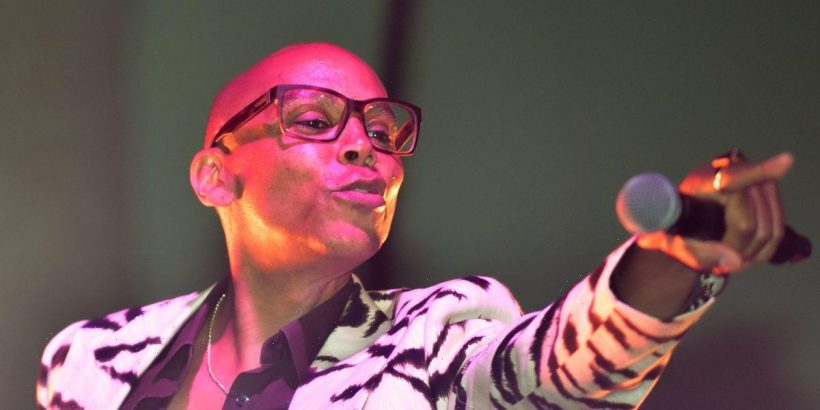 RuPaul brought drag art into the mainstream with RuPaul’s Drag Race. The show delivered some of the most hilarious and iconic moments that fans love to regularly quote. However, the laughs also come outside of the show. RuPaul isn’t always the most active on social media, but audiences love to follow what he’s posting about when he does. He recently wrote on Twitter about his disappointment with a Christmas ornament sold on Wish. It’s not a very flattering lookalike, but audiences are loving the drag queen’s tweets about it.

Twitter users told RuPaul about the Christmas ornament sold on Wish. It appears to emulate RuPaul’s gold promo look for RuPaul’s Drag Race All Stars 3. However, it does a very poor job at capturing the drag queen’s likeness. The only thing it gets right is golden clothing. Otherwise, the Christmas ornament doesn’t look anything like her. The eyebrows even appear to be drawn on with a sharpie.

RuPaul called the Wish Christmas ornament “unauthorized crap” and followed it up with the hashtag #RuinedChristmas. He retweeted fans sharing photographs of the ornament with other hashtags, including #BootlegXmasOrnament, #Jacked, #JustWhatTheyWant, and #P****HoCouldNever.

The queens are poking fun at the Christmas ornament

RuPaul shared Trixie Mattel’s tweet teasing that she purchased a dozen of the cheap Wish ripoff Christmas ornaments. The whole ordeal has social media cackling about how comical the ornament looks. It perpetuates the joke of how Wish products never look how one expects them to. RuPaul hilariously tweeted back, “Catch me outside, b****!” It’s not every day that audiences get to see RuPaul interact with contestants on social media in such a fun way.

The RuPaul’s Drag Race host has regularly talked on the show about the concept of an inner saboteur. This notion puts a name to one’s subconscious that wants to sabotage their potential. One Twitter user tagged contestants Yvie Oddly and Nina West with an image of the Christmas ornament referring to their inner saboteur. RuPaul found the post amusing, retweeted it, and responded, “Ha! Work. #TheDevilsALiar.”

The RuPaul ornament is now a running gag

RuPaul didn’t let any potential anger over the Wish Christmas ornament linger for long. He decided to transform it into a running meme across his Twitter feed.

Season 2 finalist Raven has an upcoming WOW Presents competition called Painted With Raven. RuPaul wisely and hysterically posted a photoshopped image of the Christmas ornament onto her own face. This is a smart way to promote the show on Twitter that over 21K users liked thus far.

However, RuPaul didn’t stop there. A mobile game called RuPaul’s Drag Race Superstar is now available for download. The unflattering Christmas ornament is once again front and center to advertise the mobile game.

The Wish Christmas ornament meme will likely run through to the holiday. It’s currently the perfect season to enjoy this joke. Some Twitter users are even joking about purchasing them for how hilariously bad it is.