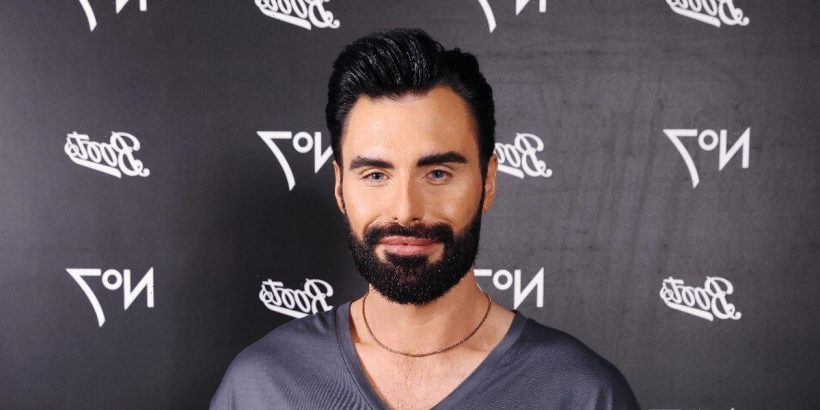 Rylan Clark has admitted that Eamonn Holmes and Ruth Langsford were "frightened and shocked" at the state he was in following the breakdown of his marriage.

The 33 year old shrunk to just nine stone after he announced his split from Dan Neal, 42, in September last year and took months away from the spotlight.

And Rylan has now admitted that his emotional state during the challenging time was evident to see by his nearest and dearest – including the television hosting duo Eamonn and Ruth, both 62.

"There was a point when I was really, really bad when I went back to my house that I'd moved out of," Rylan said.

He continued to The Sun: "I hadn't been there for so long because I didn't feel comfortable.

"My mum and sister-in-law were acting really weird, and I didn't know why. Next thing, Eamonn and Ruth turned up, and I just broke down."

Rylan added they were "really shocked at the state he was in" while also admitting that he "gets upset just thinking" about that time.

In an interview with OK! last month, Rylan credited Ruth and Eamonn for helping him, saying "they were always the first two people to either text me or come up to me and say, 'What you did there was brilliant, the way you handled that situation'."

The presenter split from Dan, whom he married in 2015, last year.

He took a step back from presenting following the separation, leaving fans concerned for his wellbeing at the time.

Rylan addressed his mental state as he spoke to The Guardian in January, as he confessed that he "didn't think he could continue" after his relationship fell apart.

"I didn't understand why I was doing that to myself. So, I went away for a bit.

"I just never thought I could get that ill. Strange situations do very strange things to people. If it wasn't for my mum, and my family and close friends I genuinely have no idea if I'd be here."