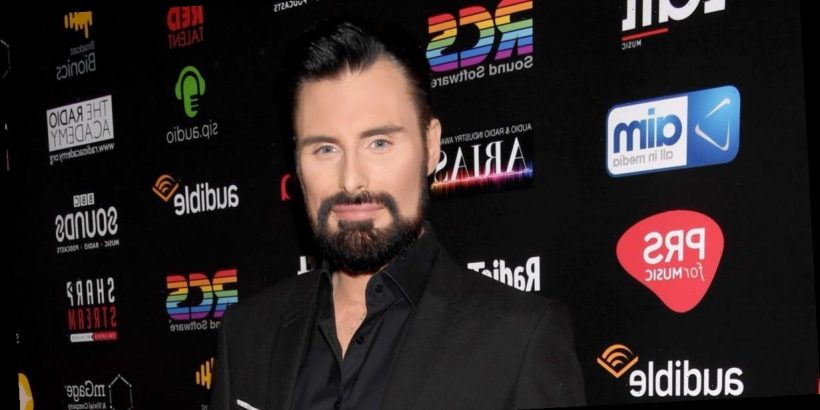 Rylan Clark-Neal has opened up on his decision to temporarily quit social media as he said trolls “enrage” him.

Ready Steady Cook presenter Rylan, 32, opened up on his love/hate relationship with social media and said the internet can be a “sewer”.

Rylan admitted he sees social media as a “drug” and revealed he can’t help but search his own name on Twitter, but is infuriated when people disagree with every little thing he posts.

TV star Rylan hasn’t posted on Twitter and Instagram since Thursday 18 March and opened up on his reasons on podcast Sorted With The Dyers.

Speaking to Danny and Dani Dyer via video link for their joint podcast, he revealed: “I love social media, social media is not only lucrative when it comes down to money, it's brilliant for communication, there are so many plus sides to it.

“But I found in the last three weeks, me looking at my phone, looking at my feed, looking at what is trending more so and I'm just getting to that point where I'm thinking this is a f***ing sewer.

“This is an absolute sewer. I feel like I could tweet 'the sky is blue' and I would have 2million people back and claim it's every other colour under the sun.

“And the worst thing about it, they would believe that and that's their truth. I'm getting to that point where I don't want to be a part of this because it actually enrages me.”

Rylan, who recently heartbreakingly said he's still not happy with his looks, shared his decisions behind discussing the topic and urged people to be aware of the dangers of social media.

He explained: “How many people do we see where it's literally just advertisements. I never wanted to be that person but I'm getting there. If it becomes a work thing, at least my mentality will be f***ing sane.

“The whole first year of my career was a f***ing public vote. I wouldn't be where I am now without people voting for me on X Factor and Big Brother, I've always been grateful for that and that is what keeps me grounded.

“But then at the same time, thank you but I just can't f***ing deal with the craziness of it all.

“I go looking for it as well, it's awful. We're f***ing curious weirdos.

“It's a drug and whether you want it or not, subconsciously you will always check and see how many people liked that, how many people commented on that, oh that didn't perform well. What are we doing? Why can't I stop myself from doing it?”

EastEnders star Danny, who recently revealed he’s set to have surgery on his “massive” testicle, asked Rylan if he would come off social media.

To which Rylan said: ”Just using it for work. How many people do you see where their whole Instagram and Twitter is just ad, ad, ad, ad.

”I've never wanted to be that person, but, do you know what I'm getting there where I just think: 'Do you know what if it becomes a work thing at least my mentality will be in tact.”