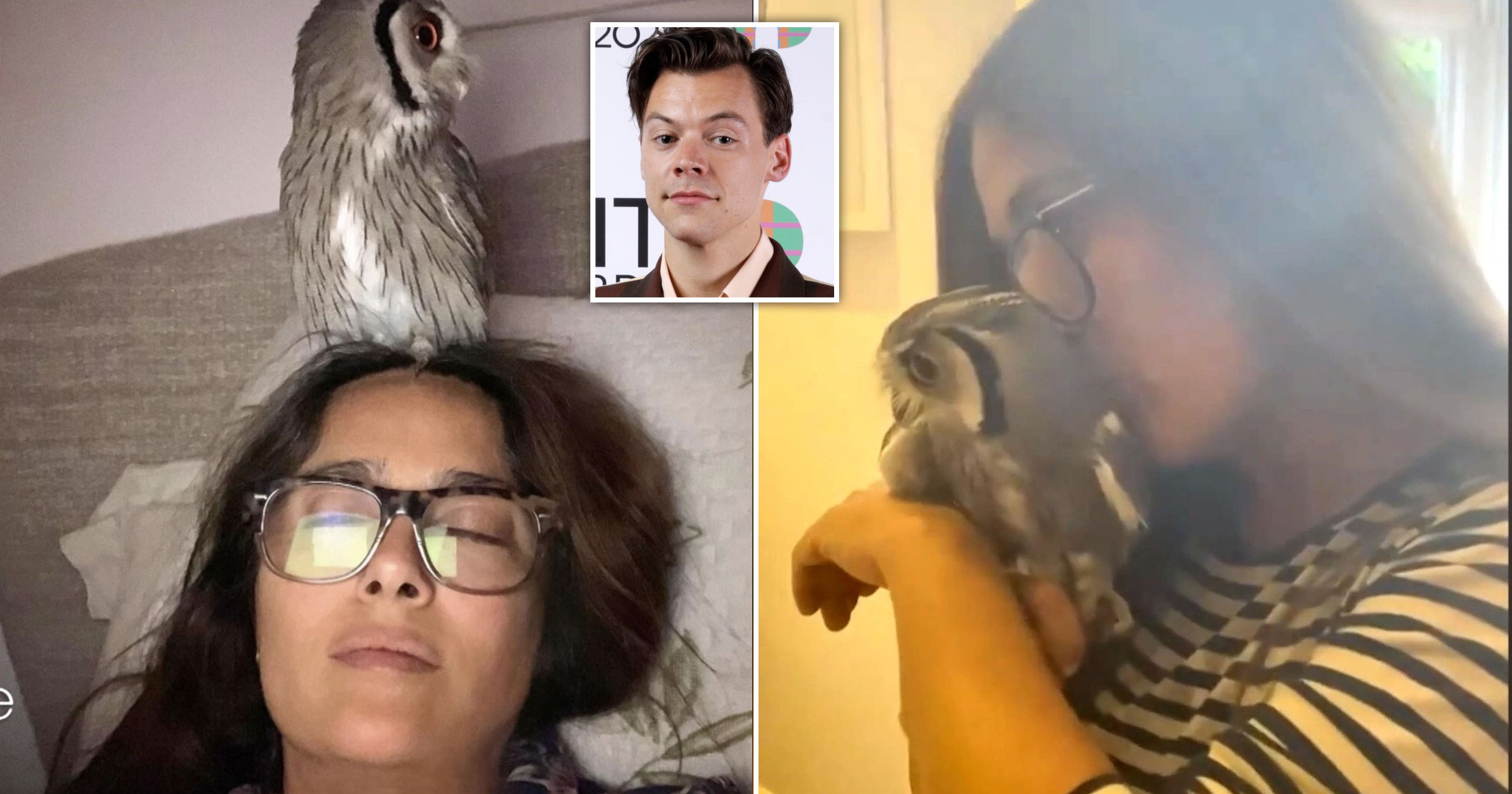 Salma Hayek has revealed what it is like to live with an owl in her bedroom – and it involves being attacked in the night quite often.

The actress, 54, has a pet owl called Kering who she rescued, named after the business her husband François-Henri Pinault, 59, is chairman and CEO of, that is allowed to fly free in her house.

Salma is so enamoured with Kering that she has brought the owl to London with her and even allows it to sleep in bed with her – but that does involve getting her feet mauled in the night.

The Hitman’s Wife’s Bodyguard star explained on the Ellen DeGeneres Show: ‘She only sleeps with me when my husband is not in town, he won’t have it. He won’t have it, he puts up with a lot but of course he’s not going to sleep with an owl in the room, so when he’s out of town she sleeps with me.

‘And what happens is eventually I go to sleep and she just keeps flying around the room, she comes and snuggles before, sometimes in the middle of the night she just lands on my head.

‘It’s a little bit jarring but I am kind of used to it. The worst is when your feet come out of the sheets and she thinks that your toes are mice and she just flies in and grabs them. That can be pretty terrifying in the middle of the night.’

Sounds lovely… But Salma is no stranger to sharing her home with many creatures, as she revealed she also has dogs, horses, alpacas, cats, ponies and chickens among her menagerie.

Salma also admitted that despite trying to time feeds so that Kering doesn’t poo all over her house, she does sometimes end up with droppings on her expensive furniture, as well as furballs which the owl coughs up after eating mice.

This ended up causing a very awkward situation with a certain Mr Harry Styles who ended up with a ball of rat hair vomited on his head.

Salma explained: ‘The worst is that there is this ball of hair that comes out of their mouth and one time there was a very important celebrity, I will not say his name, and he was really excited about the owl and was hoping that the owl would go on his head because it was on me.

‘He’s like: “I need an owl in my life, how do you do that?” And the minute he least expected it, it came on his head but then it… did the thing. This ball of rat hair was on his head.’

Luckily the Watermelon Sugar star, 27, took having the hair of a dead rat vomited onto his head with grace.

Ellen convinced Salma to reveal who the star was, to which she confirmed: ‘It was Harry Styles – I hope I’m not in trouble! He was super cool by the way, he was super cool even with that happening. He’s the best.’