“I was going to write a nice speech about all the things I like about Sarah Paulson. Sarah Catharine Paulson, she likes when you use her middle name, or Powell-son, as my 5-year-old calls her,” Bullock, 54, began. “But it’s been a crappy few weeks. My dad died, both of my dogs died. You turn on the television or computer and it’s endless tragedies and it seems like more than ever now if you have a vagina, you have to be a fighter as well. So I don’t feel nice. So I decided tonight I’m going to talk about all the things I don’t like about Sarah.”

Bullock’s father, John W. Bullock, died at age 93 last month. As Us Weekly exclusively reported, her boyfriend, Bryan Randall, “has been a constant source of support” for her since the tragedy. 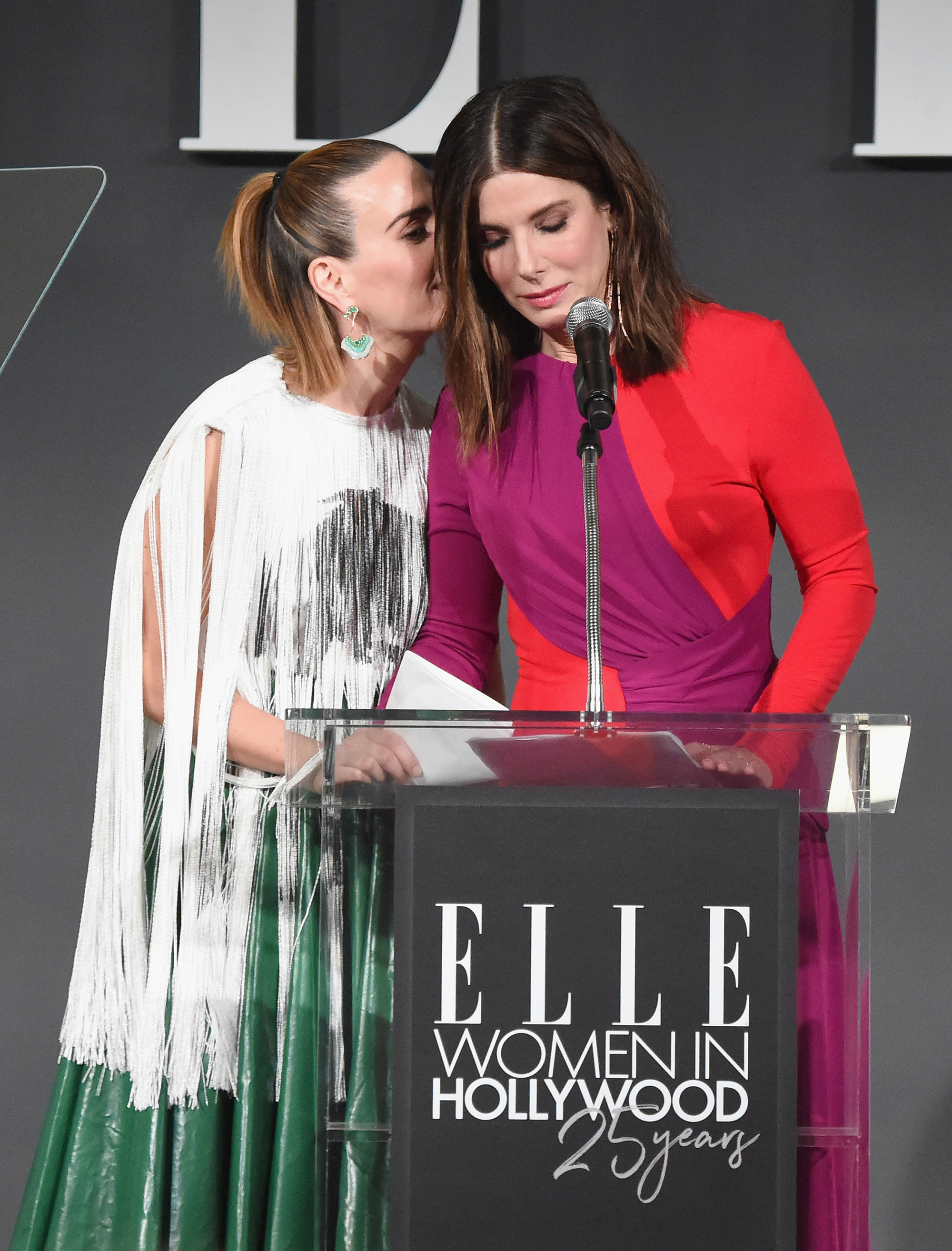 The Oscar winner promoted her film Ocean’s 8 before his passing. She starred in the movie alongside Paulson, 43, who she said was a “brilliant actress.”

Bullock went on to give a shout-out to Paulson’s longtime girlfriend, Holland Taylor, who was also in attendance at the event.

“I don’t like that her and Holland’s joy for life and each other reminds me that I need to be a better girlfriend,” she teased. “I don’t like that she’s the kind of person that after a long day of flying and fittings will sit in your hotel room after you believe she has nowhere else to go when in fact she is fully aware that you’ve been stood up and she doesn’t want you to be alone. Just like I didn’t like the dozens upon dozens upon roses with little white poppies intermingled in them mere hours after I put my dog to sleep, whose name happens to be Poppy. So if that is the type of person you want for your icon, then I think you have chosen well.”

Bullock then referred to an article she recently read that stated that for women, “one of the best things” they could do for their health was to nurture their relationships with their girlfriends.

“They provide support systems that help each other deal with the stress and difficulties in life, physically,” she continued. “This quality girlfriend time helps create more serotonin, a neurotransmitter that helps combat depression and create a general feeling of well being, we share from our souls with our sisters, our mothers, and evidently that is very good for our health.”

Paulson appeared touched by Bullock’s words. “You being here tonight means so much to me because I really do know how much you hate to leave the house,” the American Horror Story star later said onstage. “I do actually know what a big deal it is.”

Other stars honored at the celebration, which was sponsored by L’Oréal Paris, Hearts On Fire and Calvin Klein, included Lady Gaga, Charlize Theron and Keira Knightley.