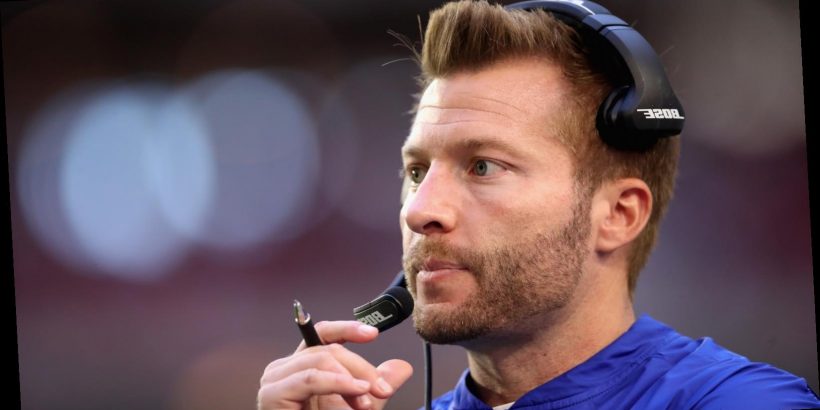 Sean McVay became the youngest head coach in NFL history when he was offered the position for the Los Angeles Rams in 2017 at the age of 30, per the Tampa Bay Times. While it’s definitely an impressive feat at such a young age, it’s worth mentioning that he did get help from being part of the McVay family. His grandfather, John McVay, coached the New York Giants in the late 1970s and then served as the director of player personnel for the San Francisco 49ers for 21 seasons, per The 49ers’ official website.

“I’m not naive to the fact that a lot of the opportunities I got at an early age are exclusively the result of having the last name McVay because of the legacy my grandfather John established,” he told The Times in 2020. McVay said he learned most of what he knows from a one year stint in 2008 working under John Gruden, who headed the Tampa Bay Buccaneers at the time.

While McVay may have had a bit of help breaking into the professional football world, he certainly knows his stuff. The same season he was named the Rams’ head coach, the team won the NFC West and McVay was named coach of the year. He celebrated his success a bit early, though, by purchasing a gorgeous home in the hills of Los Angeles upon landing the job. Keep reading to find out where the Rams coach lives and the impressive price tag that comes with it.

Upon landing his new job title, Sean McVay purchased a $2.71 million Encino mansion for himself in March 2017 according to The Los Angeles Times. The house spans about 4,700 square feet and has an open-concept design. It boasts six bedrooms, 5.5 bathrooms, and a chef’s kitchen that hosts an eight-foot-long island. The master suite reportedly offers canyon and mountain views. The house was built for entertaining, with a backyard featuring a pool, a covered patio, and built-in seating that sits above the pool. Completing the impressive pad is a three-car garage.

McVay spoke to ESPN in March 2017 after finding out the news of his purchase was being chatted about online. He admitted he only knew people were talking because his then-girlfriend and now fiancé, Ukrainian model Veronika Khomyn, told him. In terms of how he felt about his West Coast move and new house, McVay said there was one huge change: the weather. “I love being in a city with great weather,” he shared. “I like to be outdoors as much as possible. It’s, like, teasing me, though, when you see how nice it is and you’re inside doing some different stuff. But I’ve loved every second of it.”