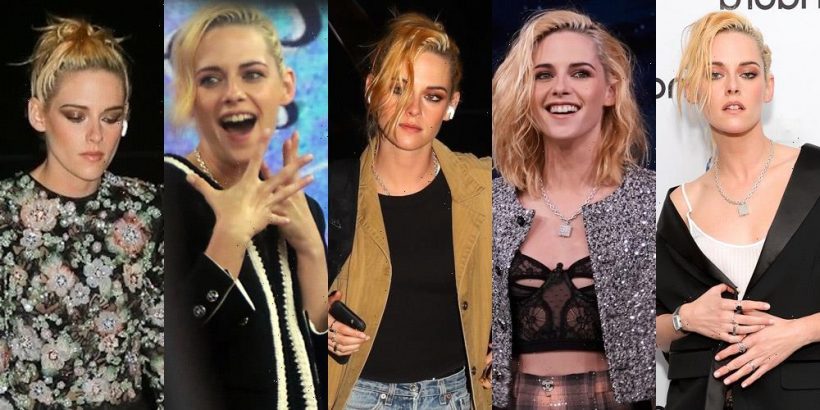 Spencer is now in theaters and Kristen Stewart has been in New York City this week to spread the word!

The 31-year-old actress was seen in a bunch of different outfits while promoting the film in the Big Apple.

Kristen kicked things off on Wednesday (November 3) by wearing lace pants and a black blazer while hosting a SiriusXM Town Hall with Joan Jett. Later that night, she taped an appearance on The Tonight Show Starring Jimmy Fallon and was seen in a casual outfit while leaving the studio.

Then, on Thursday morning (November 4), Kristen wore a black blazer and shorts while appearing on The Today Show and she wore a floral dress while attending a screening in the evening.

While on The Today Show, Kristen got a surprise from the celebrity who she wants to officiate her wedding!

You can watch a video from Kristen‘s Fallon appearance below!