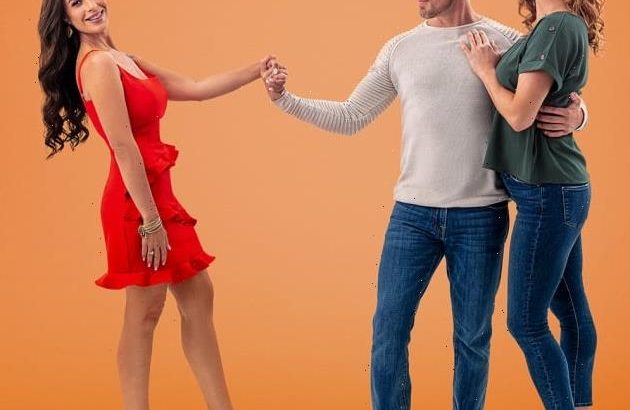 When it comes to one couple featured these days on Seeking Sister Wife, the answer seems clear:

Dimitri Snowden and Ashley Snowden absolutely should not be on the air.

Based on recent interviews given by two women recently involved with these quasi spouses, it’s apparent the Snowdens are violent and manipulative and have no business earning a paycheck from TLC.

But what about Garrick and Dannielle Merrifield?

On this week’s new episode of Seeking Sister Wife, Garrick and Roberta — a native of Brazil who came over on a K-1 Visa to America — talked about having a baby in the near future.

Dannielle didn’t react especially well to this decision, telliing the camera that the whole thing makes her a bit “apprehensive” and then even approaching Garrick about the potential pregnancy as follows:

“I think we should keep talking about it, make sure we make the best choice.”

“Yeah, I mean, it’s part of moving forward in life. We can’t put a hold on everything,” Garrick replied simply.

The thing is, this episode was filmed many months ago.

Fans have therefore been left wondering multiple questions about both Garrick and Roberta AND Garrick and Dannielle.

Are Roberta and expecting a baby? Have they finally gotten married? Are Garrick and Dannielle still together?

As far as we can tell, based on some Internet research, there’s no record of Garrick and Roberta having tied the knot.

Moreover, it seems safe to assume at this point that we’d have been told if Roberta were pregnant; we’d have seen a baby bump or two on Instagram, you know?

For her part, meanwhile, Dannielle has hinted strongly on social media that she’s moved on from Garrick.

“Change is such a beautiful thing! I relish in the fact that I am not the same person I was a year ago nor will I be the same person a year from now,” she wrote on May 6, along with the meme below.

I used to think growing meant you had to be someone different.

Truth be told growth refines who you are and only makes your light shine brighter so that you can be everything God made you to be without fear!

Then, on May 15, Dannielle shared a pair of photos.

One of these pictures featured two wine glasses, while the second depicted her legs intertwined with what looked like a man’s legs alongsiide outdoor fire.

“Date night in the city with my love! #happierthanever,” she penned as a caption.

Was she referring there to Garrick?

Or has she moved on with a new man?

Garrick and Dannielle were monogamous for a decade.

They share two kids and Garrick said several months ago that he got a message from God in which The Big Guy said he should shift over to a plural marriage.

The couple then searched online and finally met Roberta, a Christian Brazilian (who only speaks Portuguese), who they recruited to be a partner in their unusual romantic set-up.

The pair had to divorce so that Garrick could marry Roberta and she could live legally in the United States… and that’s where we are now.

“It was a little hard at first sharing Garrick and that intimacy,” Dannielle previously said of the arrangement.

“I cried and I had a really hard time.

“But I definitely knew that it was what was supposed to be and that she was part of our life, so that secured me.”

All this time later, Dannielle may be having second thoughts about going along with this divorce and this decision, prompting us to ask:

WHAT TOOK HER SO LONG?!?