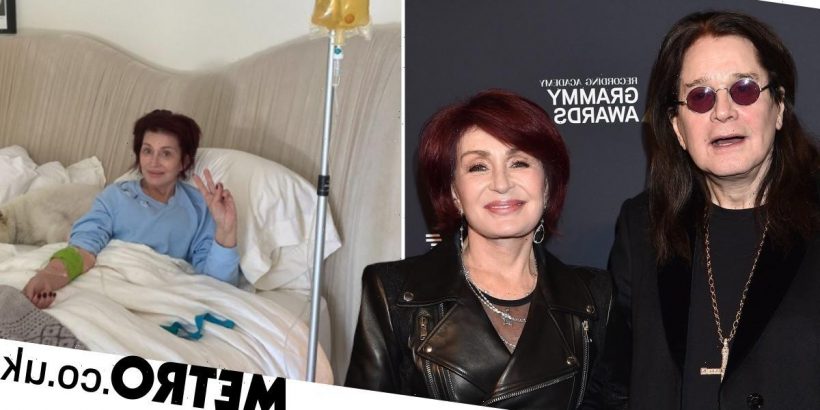 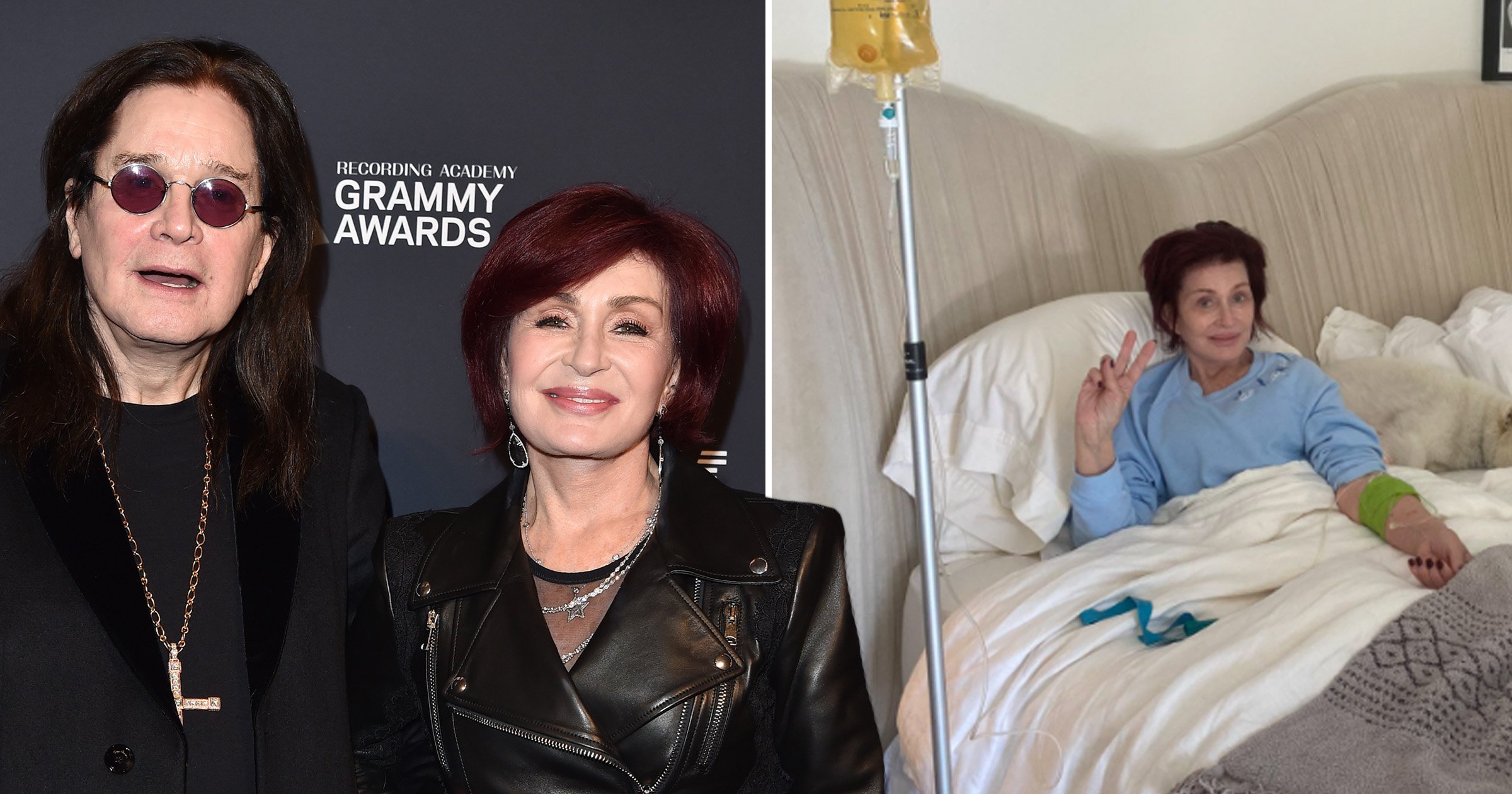 Sharon Osbourne has shared a photo of herself in bed, hooked up to an IV drip, as she battles coronavirus.

The presenter, 69, was seen propped up by pillows in her bed as yellow IV liquid ran into her arm, and she threw up a peace sign, captioning it ‘f**k Covid’.

She had contracted the virus after flying back to the US to look after her husband Ozzy Osbourne, 73, who had come down with it while she was in the UK filming her new Talk TV show.

Sharon had immediately flown home to Los Angeles to look after Ozzy, who she was ‘very worried’ about as he also has Parkinson’s.

She revealed that the Black Sabbath star was thankfully now ‘on the mend’, telling fellow Talk TV star Jeremy Kyle on Monday: ‘He’s doing much better.

‘His temperature is now back to normal, his coughing has stopped. He’s doing much better.’

Sharon added that she and her entire household, including her daughter Kelly Osbourne, 37, had all come down with it too.

She told Jeremy that she ‘felt fine’ earlier in the week, but later shared the snap of her recovering in bed with her beloved dogs to keep her company.

The former X Factor judge had been just four days in to her new Talk TV show when she was forced to temporarily step down to go and be with Ozzy.

She tearfully said at the time: ‘Ozzy was only diagnosed in the middle of the night our time. I spoke to him and he’s OK. I am very worried about Ozzy right now.