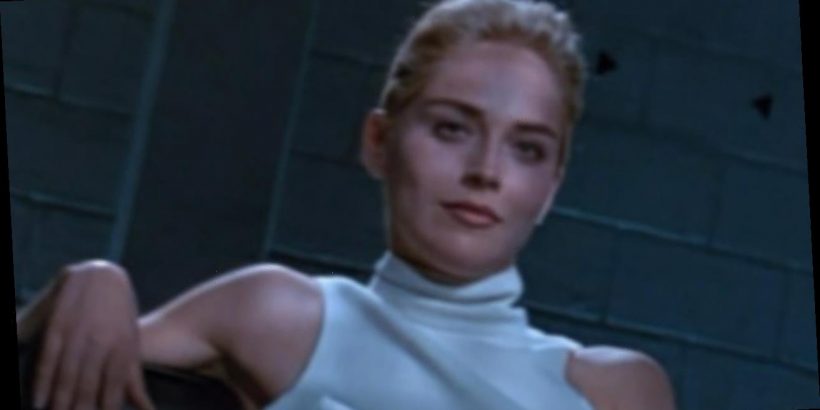 Sharon Stone is sharing her side of her story. The actress opened up about her breakout role in Basic Instinct and the challenges that she faced while making the 1992 movie in her memoir, The Beauty of Living Twice.

In an excerpt published by Vanity Fair on Friday, Stone, 63, claims that she was misled about her infamous chair scene and told to take off her underwear after being told that her private area would not be seen on film.

Stone recalled being called to see the finished movie, “Not on my own with the director, as one would anticipate…but with a room full of agents and lawyers, most of whom had nothing to do with the project.”

“That was how I saw my vagina-shot for the first time, long after I’d been told, ‘We can’t see anything — I just need you to remove your panties, as the white is reflecting the light, so we know you have panties on,'” she wrote. “Yes, there have been many points of view on this topic, but since I’m the one with the vagina, in question, let me say: The other points of view are bullsh*t.”

“Now, here is the issue. It didn’t matter anymore. It was me and my parts up there. I had decisions to make,” she continued. “I went to the projection booth, slapped [director] Paul [Verhoeven] across the face, left, went to my car, and called my lawyer, Marty Singer. Marty told me that they could not release this film as it was. That I could get an injunction.” A representative for Verhoeven declined to comment when contacted by ET.

She claims Singer reportedly told her that according to the Screen Actors Guild “it wasn’t legal to shoot up my dress in this fashion.”

“After the screening, I let Paul know of the options Marty had laid out for me. Of course, he vehemently denied that I had any choices at all,” she wrote. “I was just an actress, just a woman; what choices could I have?”

Meanwhile, in another part of the excerpt, Stone also claims that some of her former producers would pressure her to have sex with her co-stars for better “chemistry.”

“I had a producer bring me to his office,” she penned. “He explained to me why I should f**k my co-star so that we could have onscreen chemistry. Why, in his day, he made love to Ava Gardner onscreen and it was so sensational!”

She wrote about how they “insisted on this actor when he couldn’t get one whole scene out in the test.… Now you think if I f**k him, he will become a fine actor? Nobody’s that good in bed. I felt they could have just hired a co-star with talent, someone who could deliver a scene and remember his lines.”

“I also felt they could f**k him themselves and leave me out of it,” she continued. “It was my job to act and I said so. Naturally, I didn’t you-know-what my co-star.”

The Casino star also recalled another instance where allegedly producers would go into her trailer “and ask, ‘So, are you going to f**k him, or aren’t you? … You know it would go better if you did.'”

“I take my time and explain that I am like the nice girl they grew up with, and get them to recall that girl’s name. This leaves us all with a little bit of our dignity,” she wrote.

As she details more hardships and sexism she faced in the industry, she concluded the passage by writing, “My work reflects the times when I did have the opportunity to collaborate with the good and great directors, and I sat at their feet, learning everything I could for the times ahead.”

Adding, “For I was not the chosen one, not the golden gal, just the sex symbol who could sometimes get the key part if she also happened to be sexy. Then I did my best to make it count.”