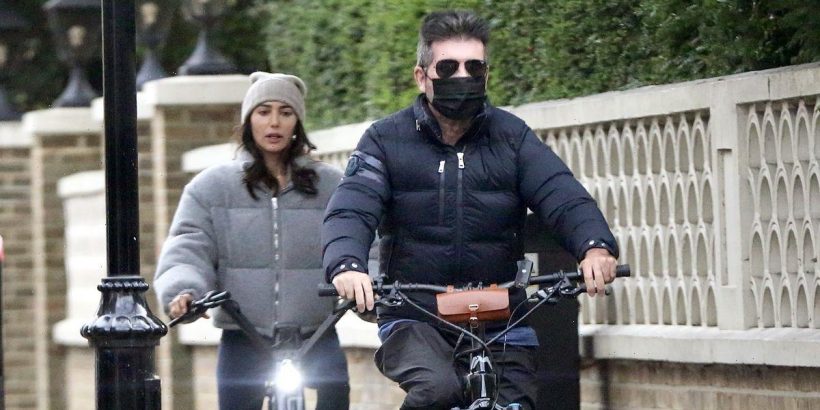 Simon Cowell has returned to riding his bike a year after breaking his back in a terrifying crash last year.

The 62-year-old was spotted with girlfriend Lauren Silverman in London enjoying the brisk October air as they cycled on their electric bikes together.

Simon was photographed wearing a face mask and a black puffer jacket while partner Lauren, wore a similar style in grey, along with a beanie hat and leggings. Peddling around, it was as if Simon had forgotten he’d injured himself on one months ago.

The TV judge suffered multiple vertebrae fractures last August while riding in Malibu with Lauren and son Eric, 7, after revving his e-bike by accident, causing him to slam into the tarmac.

He was swiftly sent to Providence Saint John’s hospital in Santa Monica where he underwent a six-hour operation to treat his broken back. Requiring time off to recover, Simon had to exit his judging duties on Britain and America’s Got Talent last year.

“It could have been a lot worse,” the panel judge spoke about his injury to Extra TV this year.

“When I saw the X-ray, I really nearly could have smashed my spine to pieces, so I literally wouldn’t have been able to walk.

“I knew I’d broken my back the minute I landed,” he recalled the moments immediately after the crash.

“It was really, really kind of sudden and it hurt.

“You’re not supposed to move. I was thinking: ‘I’ve got to get back into the house because I can’t lie there…’ and made myself kind of get carried into my bedroom.

“And I’m lying there and I’m kind of passing out… It was surreal.”

On hand was Simon’s girlfriend of eight years, Lauren, to tend to him while he healed at home.

“She [Lauren] was amazing,” Simon added.

“Both her and Eric, they were like my support. I couldn’t have gotten through it without them, so we got closer.”

Simon has gradually been able to get his fitness back on track after recovering from the incident, and has pledged to maintain his exercise regime in spite of what happened moving forward.

“I've never been in this situation in my life where you literally can't move. The pain was off the charts," he told People magazine earlier this year.

"But you've got to stay positive… I made a promise to myself I'd be fitter than I was before I had the accident. Sure enough, that's what happened."