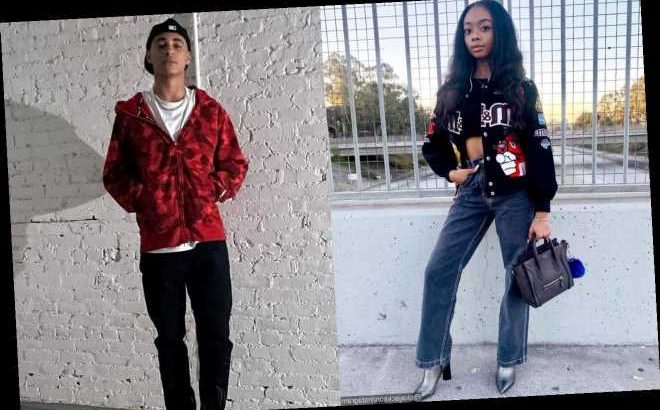 The former ‘Dancing with the Stars’ contestant appears to throw shade at her former boyfriend and Solange Knowles’ son, who previously described their relationship as ‘complicated.’

AceShowbiz –Skai Jackson has her own take on life lesson after her rumored broken relationship with Daniel Julez J. Smith Jr. The son of singer Solange Knowles, who is better known as Julez Smith, previously hinted that they had a bitter breakup with him accusing her of cheating.

While the former Disney star has not directly responded to his claims, the actress appeared to clap back at her ex with one of her latest Instagram Story posts. Alluding that he lied and framed her as a bad person to cover his own fault, she shared a quote which read, “People have to pretend you’re a bad person so they don’t feel guilty about the things they did to you.”

Skai also seemed to be ready to move on from her failed romance. Taking to her Twitter account, she wrote on Monday, January 18, “You live and you learn. Don’t look back just move forward. Love you guys.”

Previously, Julez responded to questions about his relationship with Skai in a group chat. In leaked screenshots of the conversation, he described his relationship with the former “Dancing with the Stars” contestant as “complicated” while confirming their hookup. “Age doesn’t matter,” he responded when one of his friends pointed out their age difference.

Julez later claimed that he dumped the “Jessie” alum after she reportedly cheated on him. “She cheated ofc i left,” so the user, believed to be the 16-year-old nephew of Beyonce Knowles, wrote. But one individual was skeptical and asked, “Why she talking about ‘throw libra men away’ if shes the one that cheated?” to which he responded, “Cause I made sure to ruin her life.”

When someone warned him about a possible lawsuit, he defiantly replied, “My aunt is beyonce you rlly think im gonna get sued take a next guess f**king idiot.”

Around the same time the screenshots from the group chat leaked, a private video that appeared to show Skai and Daniel getting down and dirty made its round on the internet. The former child star soon became a trending topic on social media.