On Saturday, Oct. 31, HBO Max announced who’s playing one of the key characters in the streaming service’s upcoming series The Prince. As a Game of Thrones alum, Sophie Turner is used to playing royalty, so it sounds like a great fit that Sophie Turner is playing Princess Charlotte in The Prince. The upcoming animated series is a fresh take on the royal family from the eyes of a seven-year-old.

The Prince is likely to be a new favorite comedy in the mature cartoon category. The show’s creator and executive producer is none other than Family Guy producer, writer, and actor Gary Janetti, who has become Instagram famous for his hilarious posts from the mind of Prince George. The Prince focuses on the royal family from the perspective of Prince William and Kate Middleton’s firstborn child, Prince George. Now it’s clear Turner is playing George’s sibling, Princess Charlotte, while Janetti is voicing the lead.

The news comes via Janetti’s Instagram, as he gave fans a sneak peek trailer of the series for Halloween. The clip features George as he tries to coordinate matching Three Little Pigs costumes for Halloween with his siblings. His siblings, Charlotte and Louis, have already picked out costumes of their own. Princess Charlotte shows up as Dorothy from The Wizard of Oz, while Louis comes dressed as a vampire.

Although the clip shows off Prince George more than Turner’s character, you still get a great idea of how Turner will voice Princess Charlotte in the series.

The Prince came about due to Janetti’s wildly popular catty persona posts for Prince George, which he regularly posted on Instagram. The series, based on Janetti’s characterization of George on IG, is a satirical view on the British royals’ family life through Prince George’s judging but oftentimes shrewd view.

You can expect Family Guy-adjacent humor, tons of laughs and absurd moments, as well as "Megxit" references galore. Basically, this show is made for anyone and everyone who can’t get enough of the royal family drama. 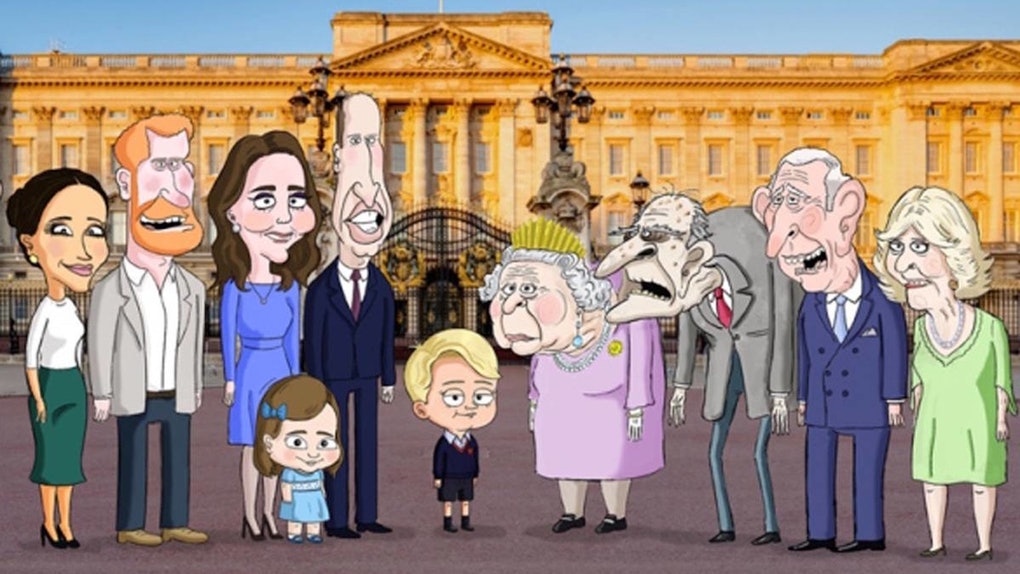 Janetti is also working on a travel series for HBO Max with his husband, Brad Goreski, called Brad & Gary Go To…

Sophie Turner’s most recent projects include Quibi’s The Princess Bride home video remake and the app’s drama series Survive. But, of course, her most iconic role thus far has been as Sansa Stark in Game of Thrones. Turner gave birth to her first child on July 22, welcoming Willa into the world with hubby Joe Jonas.

The Prince was originally slated for a May 2020 release, but due to the ongoing coronavirus pandemic, it’s experienced production delays. As of publication, it’s unclear when the project will release to the streaming platform.