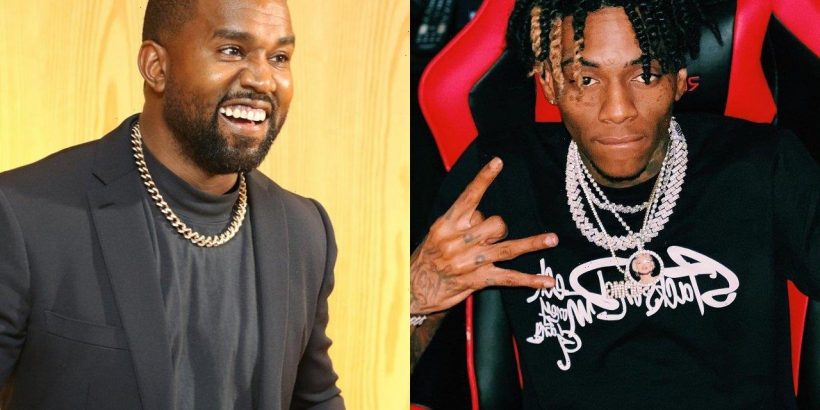 During an interview with DJ Akademiks, the ‘Pretty Boy Swag’ rapper also talks about his controversial comments on NBA YoungBoy’s fans whom he calls ‘gay af.’

AceShowbiz –Soulja Boy started beefing with Kanye West after he was left out of “Remote Control”, a song which was included on Kanye’s “Donda”. During his recent sit down with DJ Akademiks on “Off the Record”, Soulja explained his current feelings about the whole situation involving Ye.

During the interview, DJ Akademiks suggested that Soulja might need to apologize to Kanye, Soulja refused the idea. “I ain’t apologizing for s**t,” the “Pretty Boy Swag” rapper said, adding, “I don’t really know how to feel.”

Soulja then shared the host the text messages from Ye when the latter reached out to him to collab. “Didn’t he make it look like I was gonna be on there, though,” Draco asked DJ Akademiks.

Sharing his take on the beef, Soulja divulged, “All I wanted was an explanation. I feel like I got played… But it’s all love, with time passing and s**t like that it ain’t like I’m on some ‘I hate this n***a Kanye blah blah.’ “

“I ain’t even call it trolling bruh ’cause it was real. I just had to speak my mind and let a n***a know, don’t be doing no s**t like that, bruh,” the rapper spoke of his angry Twitter rant.

During the interview, Soulja also talked about his comments on NBA YoungBoy’s (YoungBoy Never Broke Again) fans whom he called “gay af.” Draco made it clear that he didn’t have issues with YB. “I don’t want n***as to think I don’t f**k with YoungBoy,” said Soulja. “I f**k with YoungBoy, it’s just he’s got some crazy a** fans.”

The “Rick & Morty” musician added, “I’m like, ‘Bro, y’all gotta chill.’ ” He went on to say that he initially “ignored” the fans but “after the third month, I was like… ‘YB need to make better music!’ ” Soulja claimed that the fans stopped bothering him after he trolled them back, saying, “I had to dissect that s**t, I didn’t know what was going on!”