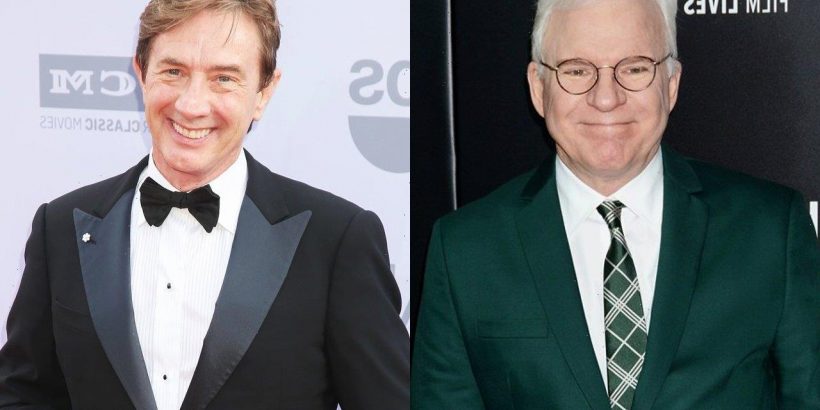 The ‘Only Murders in the Building’ actors, who have been friends for nearly four decades, also confess that they ‘love to gossip’ about ‘on-set stories’ they have heard of ‘people being ridiculous.’

AceShowbiz –Steve Martin and Martin Short “love to gossip.” Admitting that the two of them are “amused by the egocentric mania,” the “Only Murders in the Building” star claimed to get lot of out of telling others about the scenes they hear the through the Hollywood grapevine.

“Marty and I are amused by egocentric mania, like when somebody’s being too pompous,” Steve told PEOPLE. The 76-year-old funny man continued, “We just find that hilarious and we love to gossip about on-set stories we’ve heard of people being ridiculous.”

Martin, who has been friends with Steve for nearly four decades, then shared his belief that their friendship “only seems special” because of the industry they work in. The 72-year-old actor said, “I think our friendship only seems special because we’re in show business, but if your dad had a 36-year best friend, you’d say, ‘How great. They must enjoy each other’s company.’ “

Steve, in the meantime, complained to the magazine about Martin dictating texts to his star-studded list of other pals, such as “Barry” star Bill Hader. The “Planes, Trains and Automobiles” star said, “Here’s what it’s like to be with Marty Short: We’re sitting next to each other, maybe in a car, and I hear, ‘You going to the Oscars this year?’ And I go, ‘Gee, I don’t know. It depends if we’re invited. He says, ‘No, I’m doing dictation into the phone. Sorry, I’m sending a text.’ ‘Oh, okay.’ “

“Then a minute goes by and he goes, ‘The ratings were really high this year. Congratulations.’ And I go, ‘Yeah, thanks. That’s really great. I mean, we did it…,’ ” he recalled. “He says, ‘No, I’m sending a dictation to Bill Hader.’ And then I’ll hear, ‘For lunch, I’d like a turkey sandwich and some coleslaw on the side.’ And I won’t say anything. And then he says, ‘Are you listening?’ “

The “Innerspace” star defended his messaging etiquette by saying he thinks himself to be “very, very organized.”

Most recently, the duo expressed how they were “dismayed” about Selena Gomez, their co-star on the Hulu series about a trio bonded together by their love of true crime podcasts, getting snubbed by the 2022 Emmy Awards nominations for her acting after they got their nods from the Television Academy.

After Selena only got recognized for her producer role, Steve said, “Well, we’re thrilled. We’re thrilled at the nominations, not only for us but for the show. We’re dismayed that Selena was not nominated because she’s so crucial to our performances, really.”