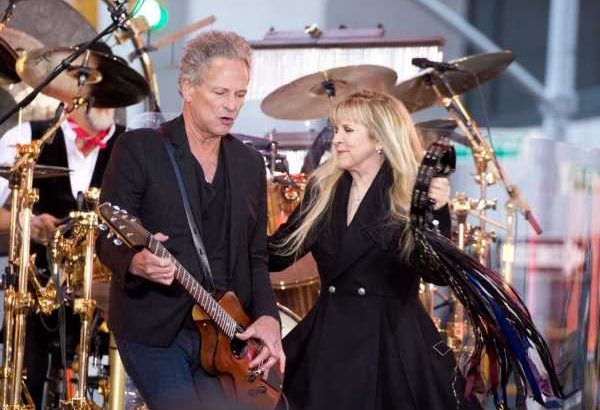 Stevie Nicks and Lindsey Buckingham have known each other for more than five decades. Here’s a look at how the Fleetwood Mac stars met.

How did Stevie Nicks and Lindsey Buckingham meet? Music brought Nicks and Buckingham together. The duo met in the late 1960s while they were high school students, reports the Los Angeles Times. Nicks saw Buckingham at a party and decided to go up to him.

The “Rhiannon” singer started singing alongside Buckingham while he was playing “California Dreamin’” on his guitar. “I just threw in my Michelle Phillips Harmony, and he was so beautiful, Nicks tells Courtney Love in a Spin magazine interview. She introduced herself afterward. Nicks didn’t see Buckingham again until two years later.

When Nicks saw Buckingham again, he remembered her from the party two years earlier. At the time, Buckingham was in a band called Fritz, and he asked Nicks to join after the departure of two members.

Buckingham and Nicks grew close. They eventually decided to break up the band and pursue a music career together. They also pursued a romantic relationship.

“All through Fritz, Lindsey and I were dating other people,” says Nicks, according to author Stephen Davis in the book Gold Dust Woman. “I’m not sure we would have even become a couple if it wasn’t for us leaving that band. It kind of pushed us together.”

After Fritz broke up, the duo formed their own band called Buckingham Nicks in the 1970s. Davis says the band members had difficulty accepting the change.

Nicks tells Billboard her relationship with Buckingham began to dissolve before they joined Fleetwood Mac in 1975. Their first album flopped, and they were having a lot of relationship tension.

“We were breaking up when Fleetwood Mac asked us to join,” Nicks tells Billboard. “We moved down from San Francisco to L.A. in 1972, and made Buckingham Nicks in 1973, and were having problems all through that.”

Lindsey Buckingham doesn’t think Stevie Nicks ever got over him. During an interview with The Times, Buckingham spoke about his relationship with Nicks. “There were a number of years where I wasn’t over her,” Buckingham told The Times. “It is possible that she has never been completely over me either.”

Nicks has had a tough time dating. Back in 2002, she told In Style magazine that it’s tough for a rock star to be in a relationship. “The truth is, dating is not always easy for an emeritus rock star,” says Nicks.

Nicks told the publication it was difficult to find a mate who didn’t get star struck at some point. She wanted to find a partner who loved her for who she was, not what she did for a living. However, at the time, Nicks said she was hopeful about finding love. She believed the right relationship could come to her at any moment.

“You know, that black limousine drives up, and I get in and I go away,” she tells In Style. “There are very few men who don’t get that glowy look, who can rise above the rock star thing and go, ‘I’m not going to look at her as Stevie Nicks, but instead as a nice woman.’ I still believe in love. You never know when it is going to walk through your door.”