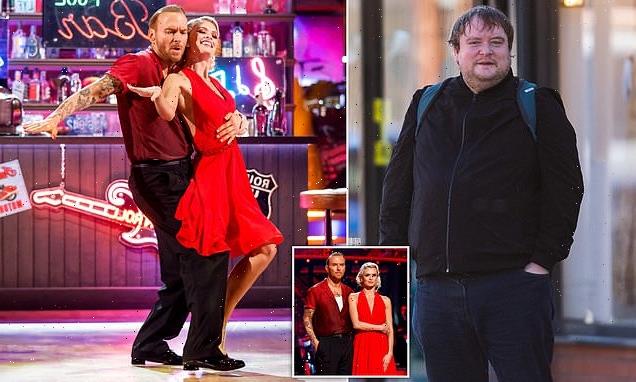 David Thorp, 42, has been publishing the identity of the axed pairings on his website Strictly Spoiler every Saturday evening since 2012, much to the frustration of viewers keen to wait for Sunday’s instalment, which is pre-recorded from the night before.

The audience that watches the live broadcast from Elstree Studios are sworn to secrecy and told not to post on social media about who’s been voted out.

But David told MailOnline there’s an ‘appetite’ for viewers to know the result as soon as it’s available – and he blames the BBC for not doing two live shows, to prevent leaks from happening. 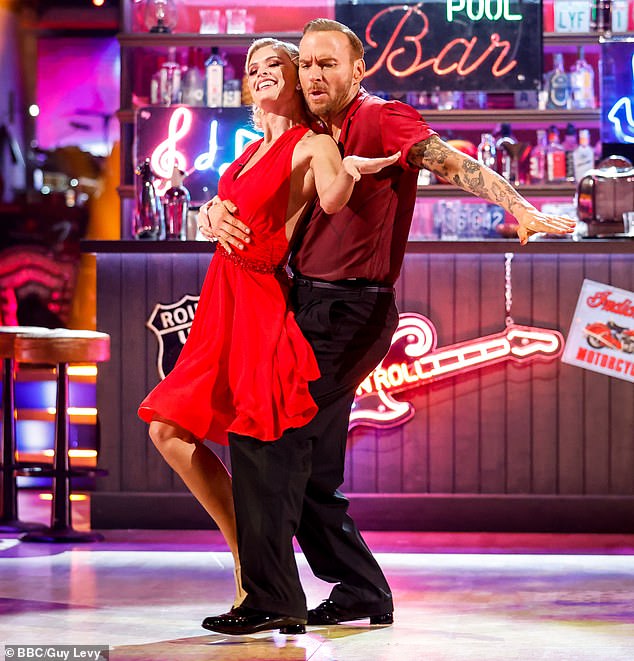 ‘The BBC is to blame’: Strictly Come Dancing’s ‘super leak’ insists he’s not ‘spoiling anyone’s enjoyment’ – and is ‘providing a service’ by revealing who’s been eliminated ahead of Sunday night’s results show (pictured on Saturday night) 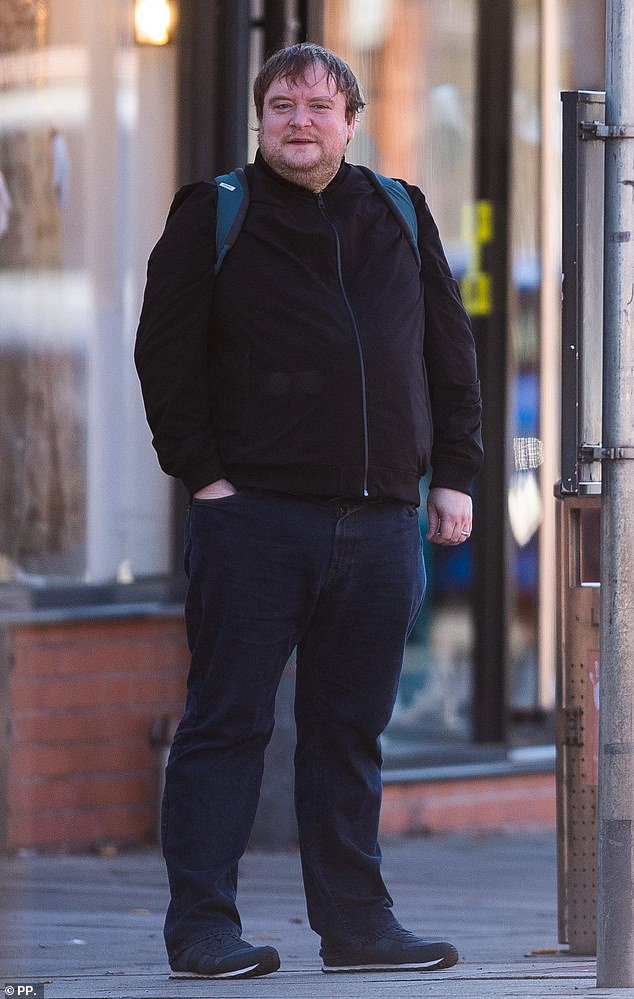 ‘There is an appetite for it’: David Thorp (pictured) has been publishing the identity of the axed pairings on his website Strictly Spoiler every Saturday evening since 2012

Speaking from outside his semi-detached home worth £70,000 in Preston, Lancashire, where he lives with wife Angie, 31, he said: ‘I’m just providing a service and am not spoiling anyone’s enjoyment.

‘There is an appetite from people who want to know the results before Sunday.

‘It could be argued that the BBC is to blame for recording something which is of massive interest the day before.’

Singer Matt Goss, 54, became the third celebrity to be ditched this series after losing out in the dance-off with his partner Nadiya Bychkova, 33, to former soap actress Kym Marsh, 46, and professional Graziano Di Prima, 28.

Loose Women’s Kaye Adams, 59, was the first celebrity given the boot while Richie Anderson, 35, who performed in a same sex partnership with Giovanni Pernice, 32, was the second star sent packing. 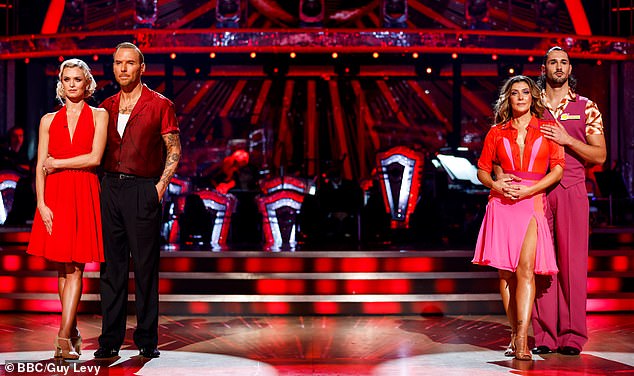 Eliminated: Singer Matt Goss became the third celebrity to be ditched this series after losing out in the dance-off with his partner Nadiya Bychkova to Kym Marsh and Graziano Di Prima (pictured on Sunday’s results show)

Bosses have been on the hunt for the mole within their production team that leaks the weekly result to David, who then publishes the name of the evicted couple on his popular website.

The software engineer student insists he doesn’t have one ‘source’ and says he learns the result each week from various audience members.

He explained: ‘I find out the result by audience members there on the night contacting me or from the other strictly spoiler sites around.’

According to David, his website was viewed 655K times by 390,000 fans last weekend, which is a 20 per cent rise on the engagement on his blog compared to last year. 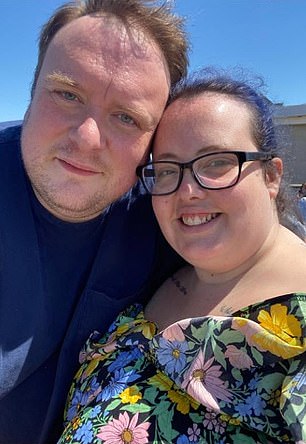 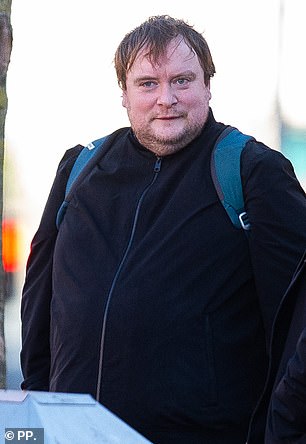 Popular: Strictly super fan David (with wife Angie left and today right) said he doesn’t have a source in the production team – and says audience members send him the results every week

He’s cashing in by revealing the Strictly result each week too, with his website now being used for advertisement and fans that interact with David about the show have a chance of winning a £20 Amazon voucher.

He said: ‘People would contact me, and I would direct message them the results but so many people began asking I had to put it on a website I was operating.

‘It just got bigger and bigger, and I have around 400,000 people viewing the website each week.

‘I don’t just post it for everyone to see. Only the ones who want to know the results earlier go on to it.’

David’s Strictly Spoiler website has sparked a crisis at the BBC, who have been forced to renew their policies.

Bosses have decided to continue filming the results show on a Saturday night because airing two live programmes instead of one would be costly, as they urge fans to avoid searching for the result online.

A source told The Sun: ‘Some people have said the BBC should consider filming two live shows – one on Saturday and one on Sunday – but doing that would cost huge amounts of money.

‘Others have suggested that the results show should air directly after the main show, but that denies fans the chance of two helpings of their favourite programme over consecutive nights.

‘The lesser of the evils is simply to ignore any online chatter about who is in the dance-off and who has been sent home. Or just ignore social media as much as possible.

‘If they take any more radical action then the spoilsport in question has gained some kind of response to their selfish and mean behaviour.’ 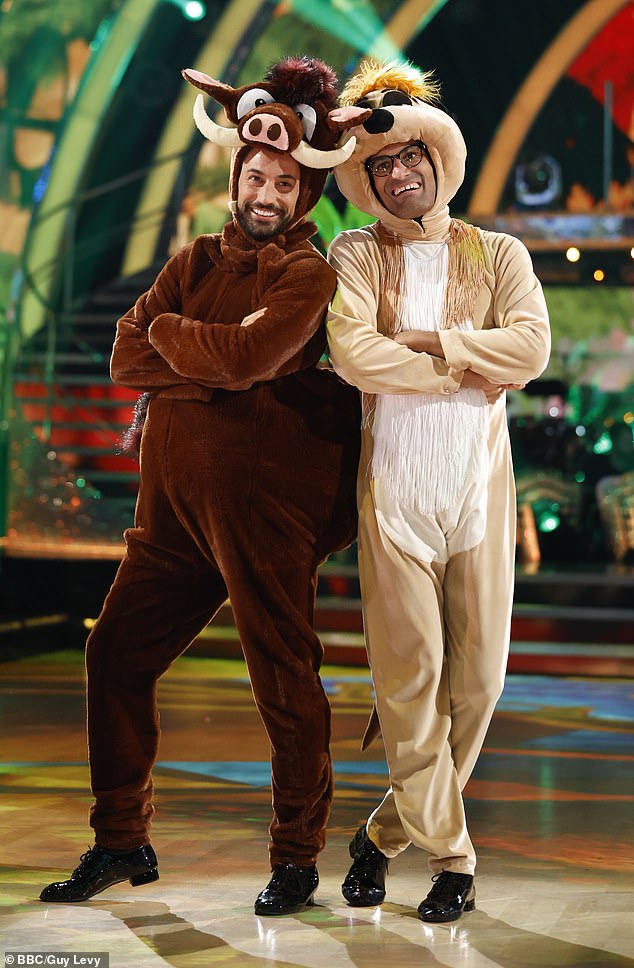 Gone: Richie Anderson, who performed in a same sex partnership with Giovanni Pernice, was the second star sent packing after the pair failed to impress with their Hakuna Matata routine