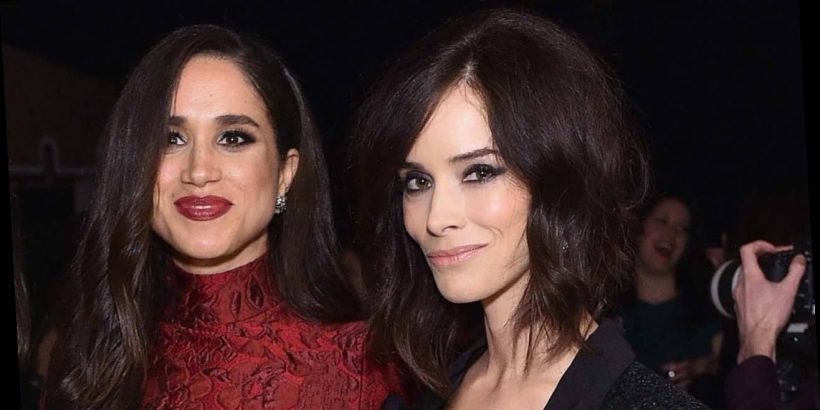 Another one of Meghan Markle’s longtime friends is speaking out on her behalf. Abigail Spencer, who also starred in Suits with Markle, posted a lengthy Instagram message on Friday night, along with a photo of her and the Duchess of Sussex hugging.

Spencer is just one of many celebrities that have come to Markle’s defense after she The Times published an article alleging that the former actress bullied her royal aides and made them cry. A spokesperson for Markle, 39, and Prince Harry, 36, denied the claim in a statement to ET, calling it a “calculated smear campaign based on misleading and harmful misinformation.”

While Spencer does not directly address the allegations of bullying in her post, she praises her friend’s character and recalls stories of when she was most impressed by her.

“I am extremely private about my friendship with Meg. I’m not here to tell you her story. That’s for her. So why am I writing this now? I felt drawn – in all this melee, with all the untruths swirling around – to present something real. From a real friend. About a real friend,” the 39-year-old actress writes. “There are some people who are so bright and exude such deep purpose that they change the molecules in the air simply through their being. She was all of this from the moment I met her 14 years ago. And remains so to this day.”

The message continues, “Meg walks the walk. She’s a doer. In the face of darkness, she shows up in light and in love. When they go low, she goes high. Again and again. She works tirelessly – and often quietly – for the causes she believes in. She writes her own speeches. She and Harry are an incredible team. They are dedicating their lives to lifting up and amplifying those who do not have a voice for themselves.”

Referring to Markle as an “on-call friend,” Spencer recalls when she and the Duchess of Sussex were at a charity polo match to watch Prince Harry when she noticed that “a little girl hovered nearby, clearly in awe of my friend.”

“Meg went over to the girl, who couldn’t have been more than 10. Thirty seconds in, the two were conversing back and forth in Spanish. Laughing. I could tell that that little girl saw herself in Meghan. M could communicate with her in her native language, and in the deeper language of the heart,” she recollects. “I saw that little girl’s life change before my eyes. Meghan told her she could be anything she wanted to be and do anything she wanted with her life. She hugged her and the little girl went skipping back to her family. And Meg came home to hers.”

Spencer isn’t the only one of Markle’s Suits co-stars to come to her defense amid the bullying allegations and ahead of her and Prince Harry’s interview with Oprah Winfrey that will air Sunday on CBS. Patrick J. Adams, who played Markle’s love interest on the USA series, slammed the royal family over their treatment of her in a series of tweets.

Watch the video below to see how Adams adamantly defends his onscreen wife.