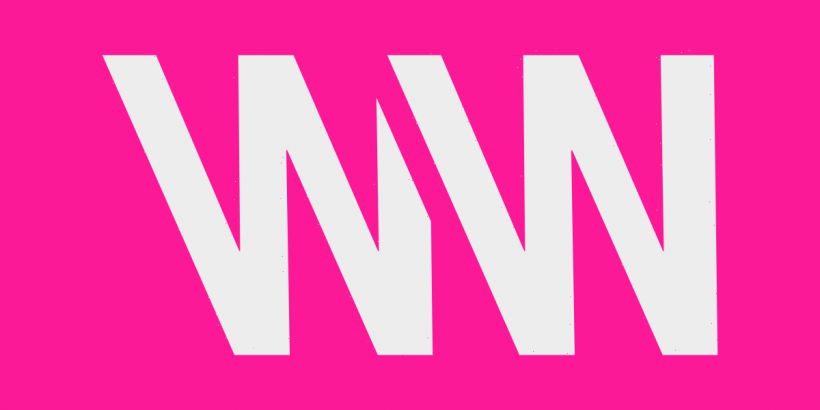 Johnny Depp took the stand again during his defamation trial against ex-wife Amber Heard, calling her accusations of sexual and physical abuse “insane.” “Ridiculous, humiliating, ludicrous, painful, savage, unbelievably brutal, cruel, and all false,” he said of the allegations. On May 25, Johnny’s ex Kate Moss also took the stand and testified that he never abused her, as Amber claimed on the witness stand. “He never kicked me, pushed me or threw me down any stairs,” she said during her five-minute testimony via video link. Discussing an alleged incident Amber had alluded to, Kate said she actually slipped on a flight of stairs in Jamaica after it rained and Johnny “came running” to assist her and got her medical attention. One day after Kate’s testimony, Amber took the stand and said she gets death threats and is “harassed” daily because of the trial. “I just want Johnny to leave me alone,” she said.

Ice-T and his wife, Coco Austin, refuse to be pushed around by online parenting police, and they’ve hit back at those critical of their daughter’s stroller. Last weekend on social media, Coco shared several family pictures from a Bahamian vacation — the couple’s 6-year-old daughter, Chanel, appeared in a stroller in one of the images. Some of Coco’s social media followers quickly whipped out their parenting police badges and vocally insisted that Chanel was far too big and too old to be in a stroller. Amid the stroller shaming, Coco responded to Twitter, writing, “Oh lord!! Really people? The world loves to criticize literary everything i do!” She then brought up the rash of horrific shootings in America, implying that people should focus on important matters. “This stroller thing trending right now about me using a stroller to push Chanel around is ridiculous! Isnt there a war & mass shootings going as we speak & you’d rather mess with my mothering? SMH,” she wrote. Ice-T also went off on the backlash and ensuing media coverage. “MFs ain’t got s*** else to talk about.. F em all. Smh. Lol,” he wrote.

Say it ain’t so! On May 26, Ray Liotta, known for his legendary lines and iconic roles in “Goodfellas” and “Field of Dreams,” passed away at 67. Ray, who was shooting a movie in the Dominican Republic, died in his sleep. After his passing, Hollywood heavyweights praised him. Robert De Niro said he was “saddened,” whereas Lorraine Bracco was “utterly shattered.” Seth Rogen said, “Working with him was one of the great joys of my career and we made some of my favorite scenes I ever got to be in.” Farewell, Ray.

One week after legally tying the knot at a courthouse, Kourtney Kardashian and Travis Barker had their lavish wedding ceremony. On May 22, the couple said their unofficial “I do’s” in Portofino, Italy. The bride and groom wore Dolce & Gabbana looks the entire weekend. As expected, Kourtney’s famous family was on hand to witness the nuptials, as were many of Travis’s pals, including blink-182 bassist Mark Hoppus and musician Machine Gun Kelly. After the wedding, Kourtney posted several images and changed her name on Instagram to “Kourtney Kardashian Barker.” Between a faux Vegas wedding, their real courthouse wedding and their Italian nuptials, these two have exchanged vows three times in two months.

Diva behavior? According to reports from across the pond, Channing Tatum had a group of diners kicked out of a fancy restaurant on May 22 because he thought they were snapping photos of him. A source, though, said the diners at a nearby table inside Louie in Covent Garden were actually taking selfies and photos of each other. “There was a group of six enjoying a meal and taking pictures of each other,” an insider told The Sun. “Channing thought they were taking pictures of him and furiously stuck his middle finger up at them. The next thing, the maitre d’ was telling them to leave.”

Josh Duggar will call prison home for 12 and a half years. On May 25, the former reality TV star was sentenced following a guilty verdict in his child sexual abuse images trial. The “19 Kids and Counting” star was also sentenced to 20 years of supervised release (in which he can’t have unsupervised contact with minors, including his own children) and ordered to pay a fine of $50,100. Josh pleaded not guilty to receiving and possessing child pornography during his trial last December, but a jury found him guilty after just seven hours of deliberating. Josh and his team are appealing.

Like the world, Hollywood reacted with horror on May 24 after a gunman opened fire at an elementary school in Uvalde, Texas, killing 21 people — 19 of them children. A never-ending stream of celebrities called for changes to gun laws. Tim McGraw pleaded for a “solution,” saying, “This sort of tragedy has become far too common, far too acceptable. This shouldn’t have been acceptable 20 years ago, 4 years ago, or one week ago. This SHOULD NOT be accepted. This is not normal,” he said. Kelly Ripa added, “What are we doing? Who are we as a society? And before you tell me to stay in my lane — this is my lane. This is my lane.” Texan Matthew McConaughey said, “This is an epidemic we can control, and whichever side of the aisle we may stand on, we all know we can do better. We must do better.” Ivanka Trump called it “senseless violence.” This marked the 27th school shooting this year, and it’s only May.

A massive allegation was made in court under oath this week: Todd Chrisley, the patriarch of “Chrisley Knows Best,” allegedly had a secret affair with his male business partner for about a year in the early 2000s, and the two paid a blackmailer $38,000 in cash after the anonymous person threatened to expose their relationship. Former Chrisley employee Mark Braddock made the claim in court on May 25 as part of the reality TV family’s bank and tax fraud case, which has hung over the Chrisleys’ heads for three years. According to The Insider, Mark told the FBI that he committed bank fraud on behalf of Todd, wife Julie Chrisley and himself, adding that he had feelings for Todd even after their extramarital affair ended. The Chrisley family attorney said Mark, who was given immunity from prosecution, was “obsessed” with Todd. The men had a falling out in 2012.

So long, Ellen. On May 26, Ellen DeGeneres bid farewell to her eponymous talk show after 19 seasons. On the final show, Ellen understandably got emotional. “Welcome to our very last show. I walked out here 19 years ago and I said that this is the start of a relationship and today is not the end of a relationship, it’s more of a little break,” she began. “You can see other talk shows now, and I might see other audiences once in a while.” She added, “20 years ago when we were trying to sell this show, no one thought that this would work. Not because it was a different kind of show, but because I was different. Very few stations wanted to buy the show and here we are 20 years later celebrating this amazing journey together.” Billie Eilish and Jennifer Aniston — Ellen’s very first guest — appeared on the final show, as did Pink, who performed one of Ellen’s favorite songs, “What About Us.”  In her send-off, she thanked her fans. “Thank you so much for this platform and I hope that what I’ve been able to do in the last 19 years has made you happy and that I was able to take a little bit of pain away from a bad day and I hope I’ve been able to inspire you to make other people happy and to do good in the world, to feel like you have a purpose,” she said into the camera. “If I’ve done anything in the past 19 years, I hope I’ve inspired you to be yourself, your true, authentic self. If someone is brave enough to tell you who they are, be brave enough to support them, even if you don’t understand. They’re showing you who they are and that is the biggest gift anyone can ever give you. And by opening your heart and your mind, you’re going to be that much more compassionate and compassion is what makes the world a better place.” In her final comments, Ellen said, “Thank you so much for being on this journey with me. I feel the love and I send it back to you, goodbye.”

Kevin Spacey has been charged with sexually assaulting three men in the United Kingdom from 2005 to 2013, it was announced on May 26. Britain’s Crown Prosecution Service said two of the alleged assaults happened in March 2005 in London against one person. Another alleged assault took place in August 2008 in London. A separate alleged assault happened in Gloucestershire in 2013. Once one of the most celebrated actors of a generation, Kevin became a Hollywood pariah back in 2017 after Anthony Rapp alleged that Kevin had climbed on top of him in a bed when he was 14. After that, numerous allegations of assault and inappropriate behavior were made against Kevin. In the wake of the scandal, he was booted from “House of Cards,” on which he starred. Back in 2019, Kevin faced a felony charge of indecent assault and battery over an alleged incident in Massachusetts, but the case was dropped due to the “unavailability of the complaining witness.” 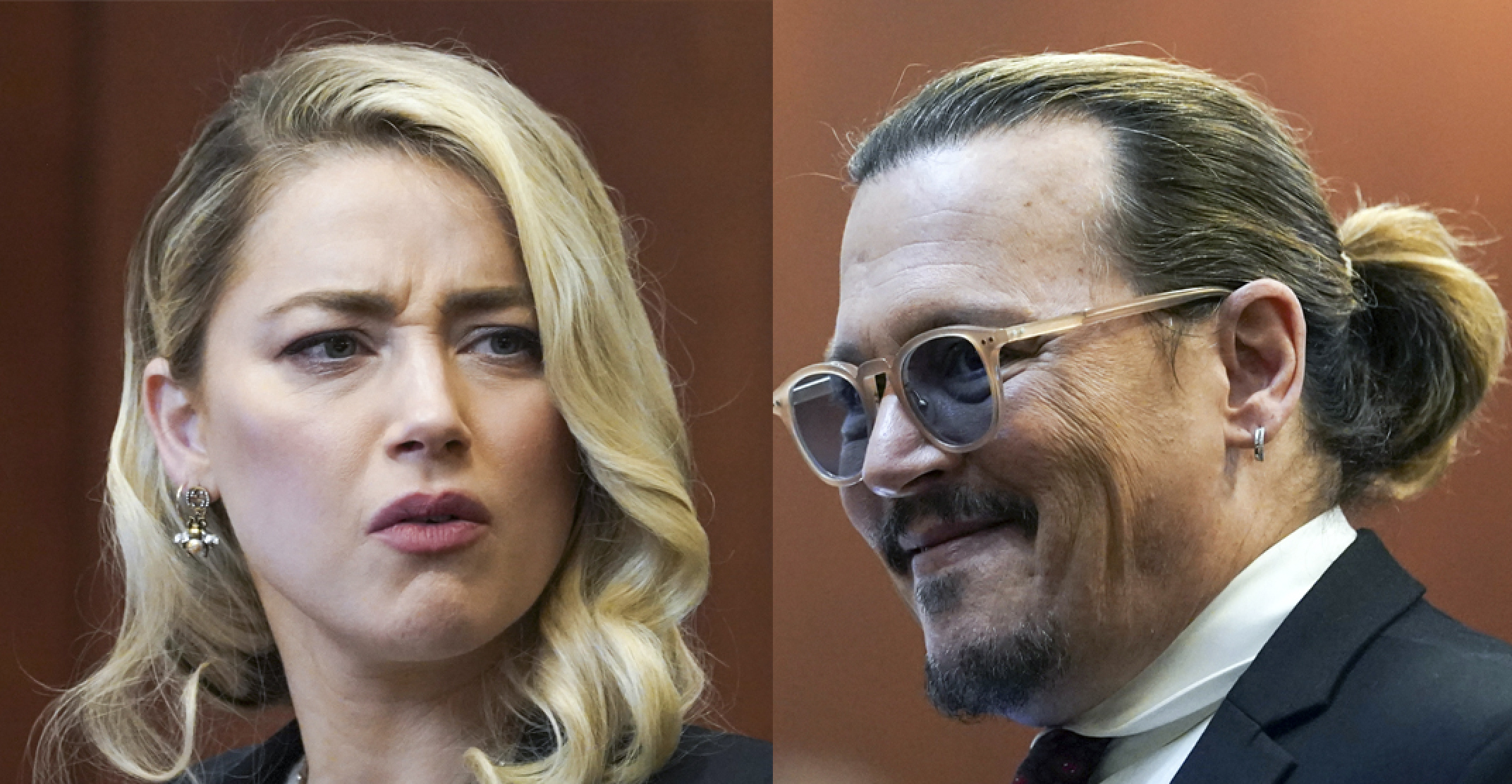 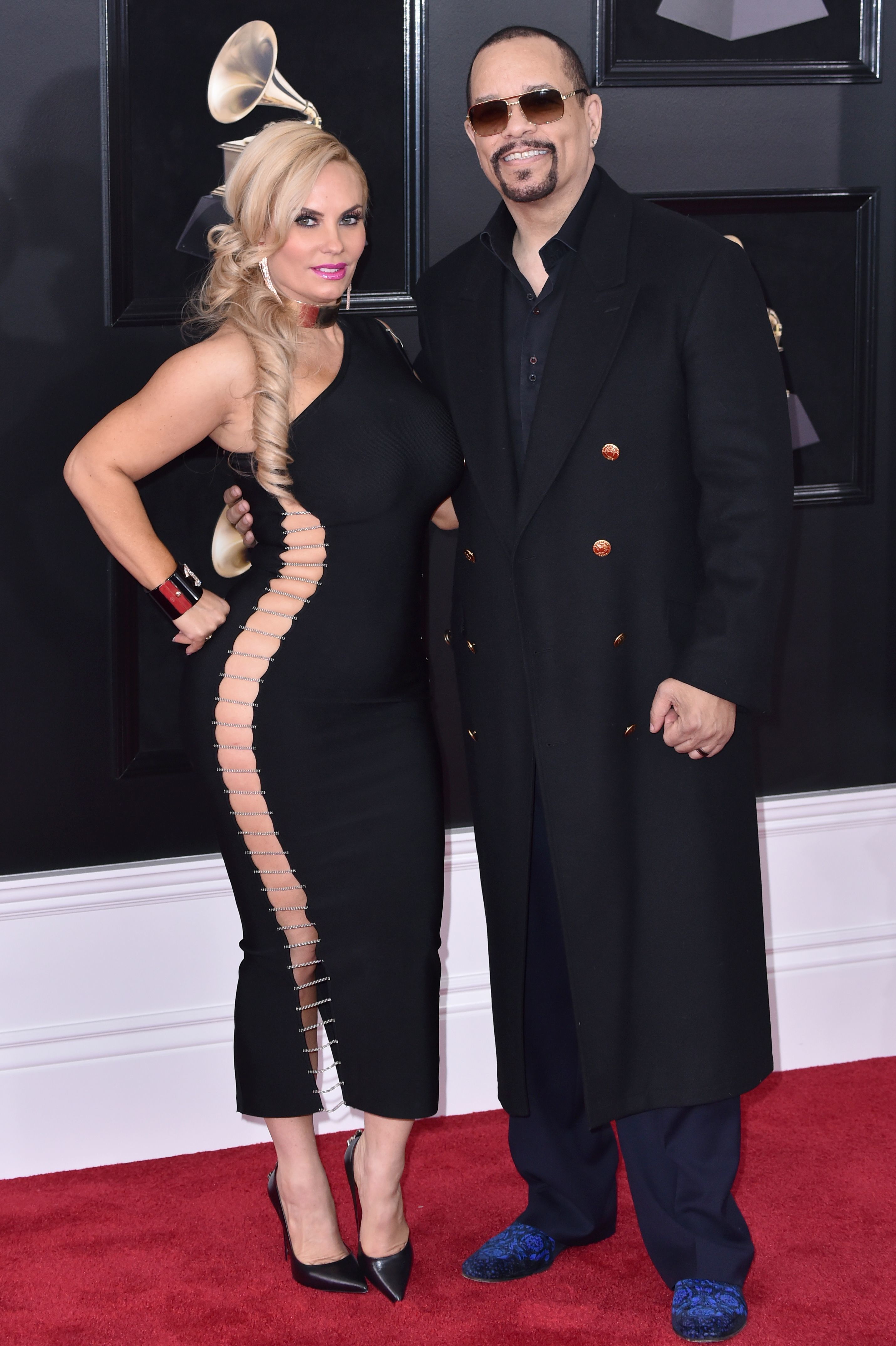 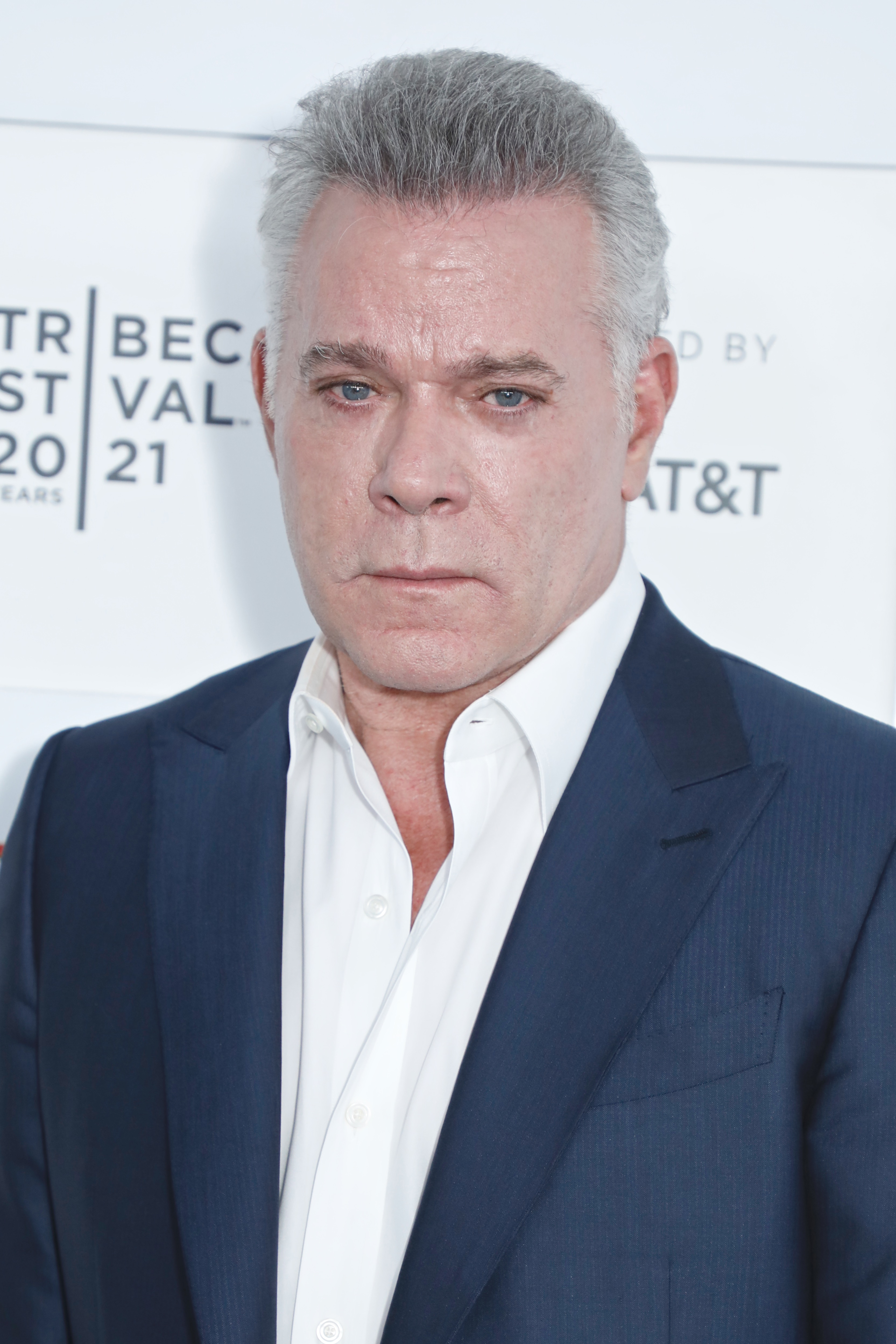 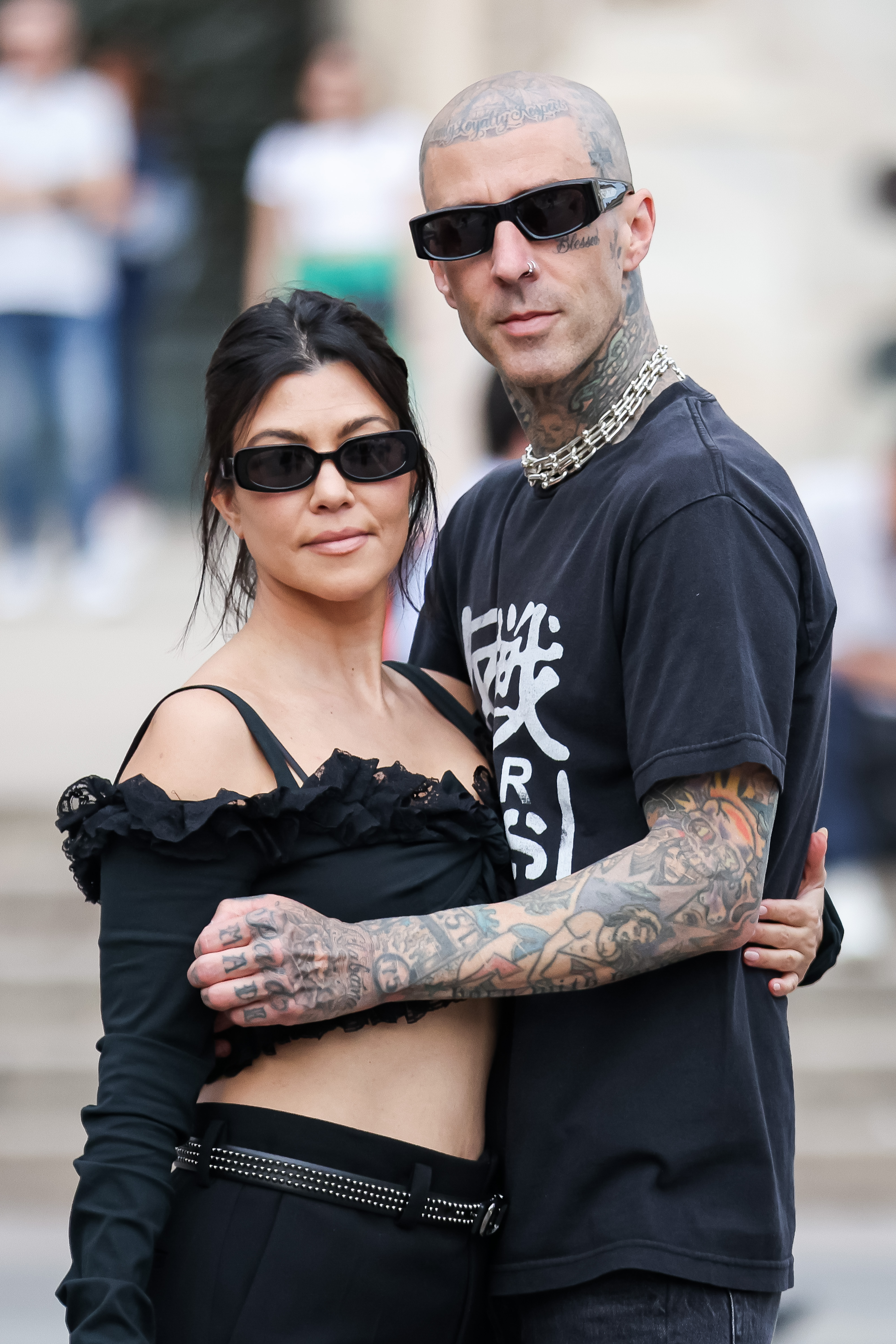 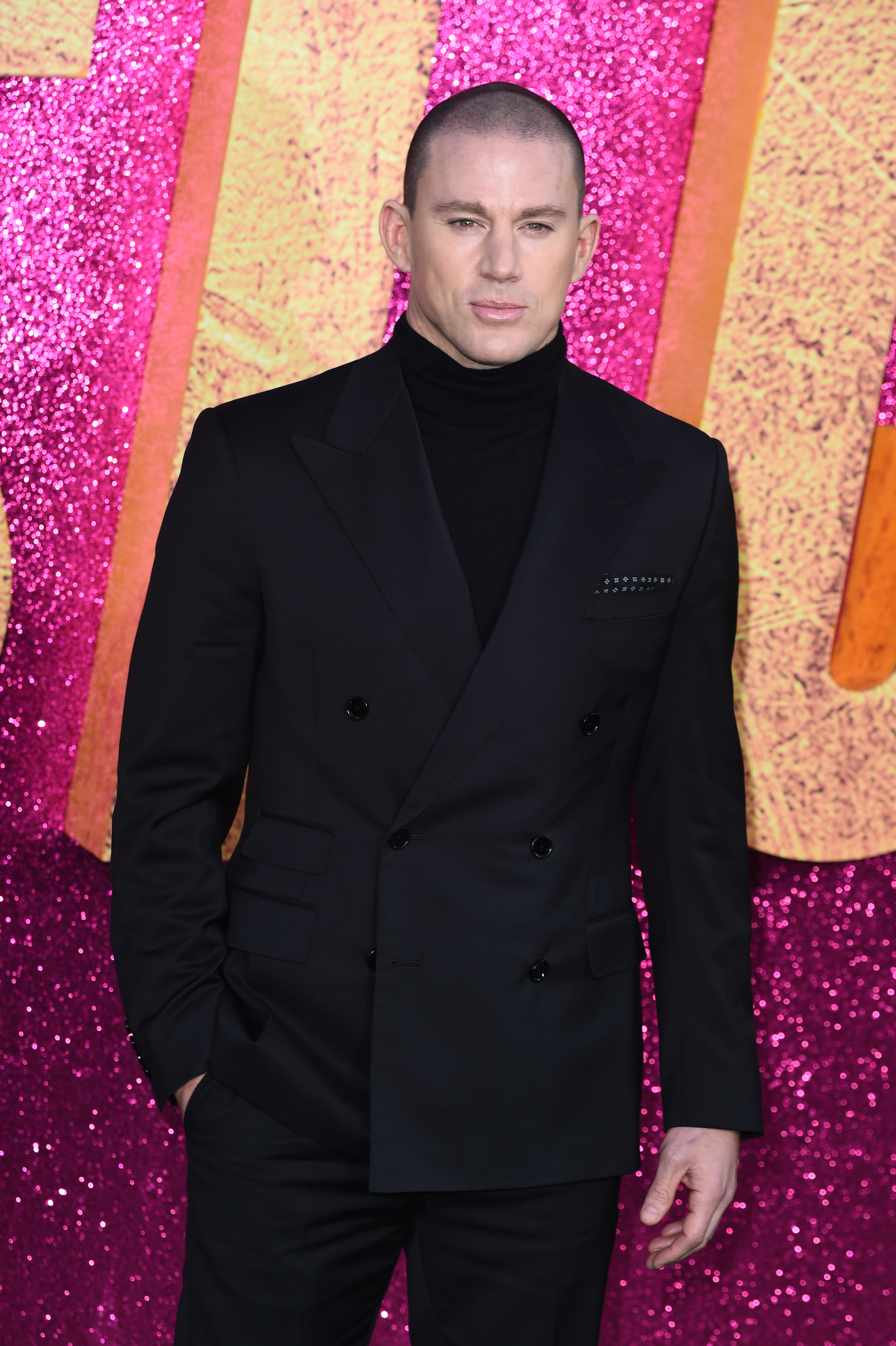 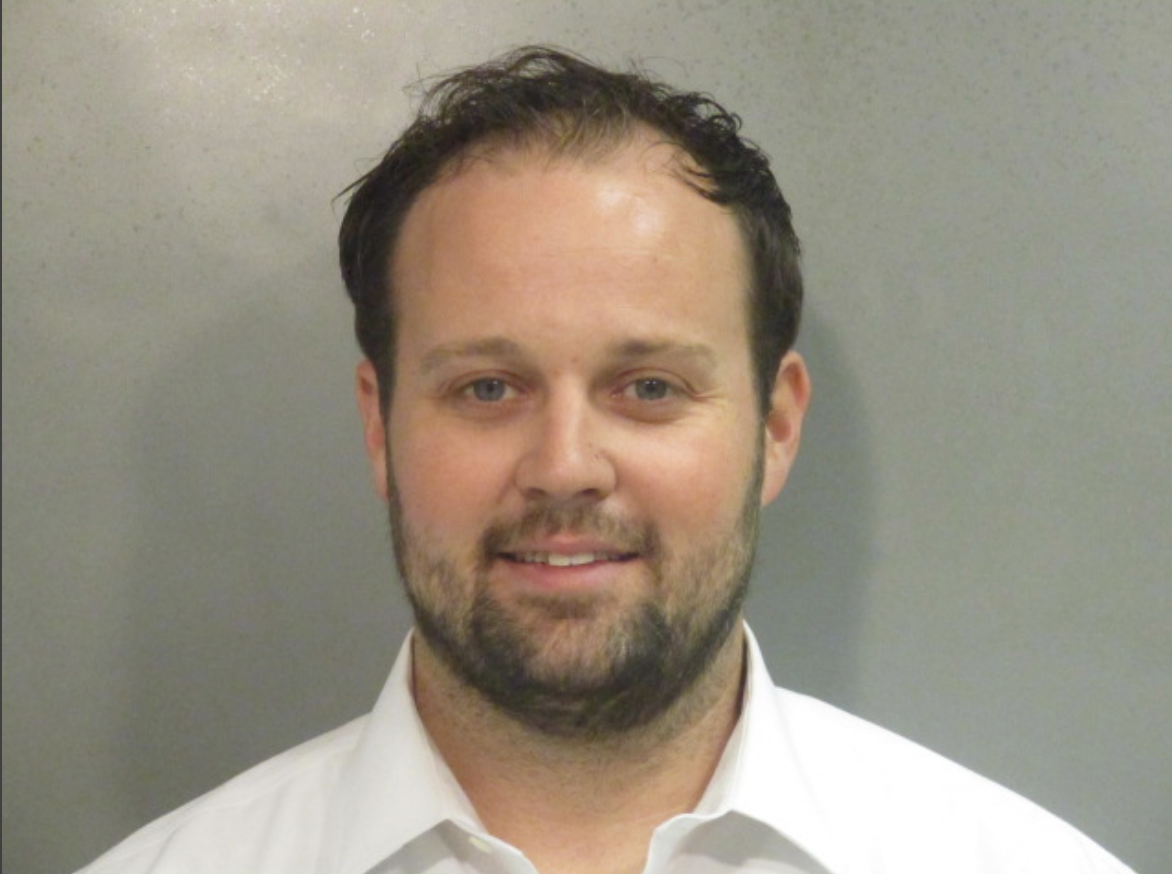 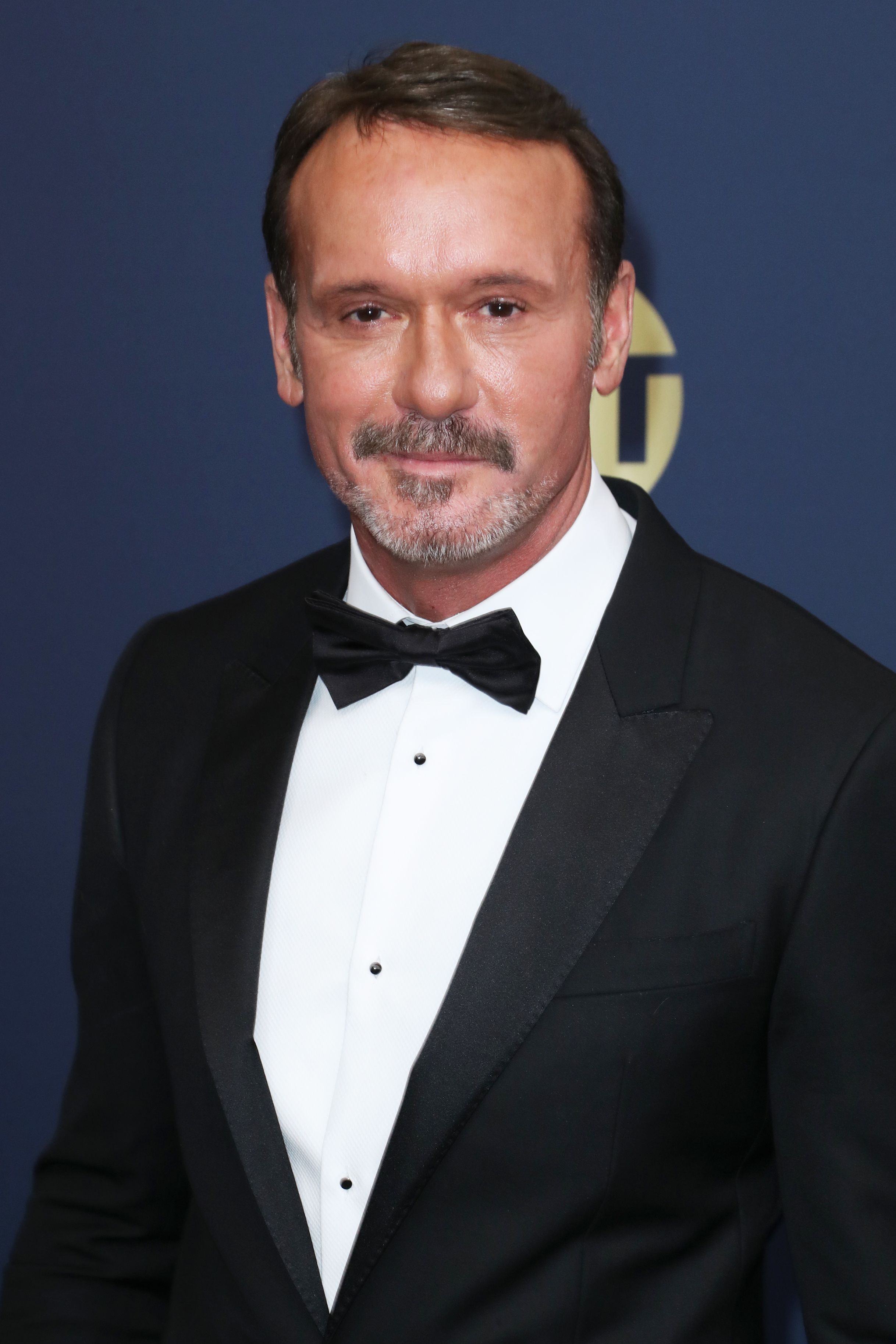 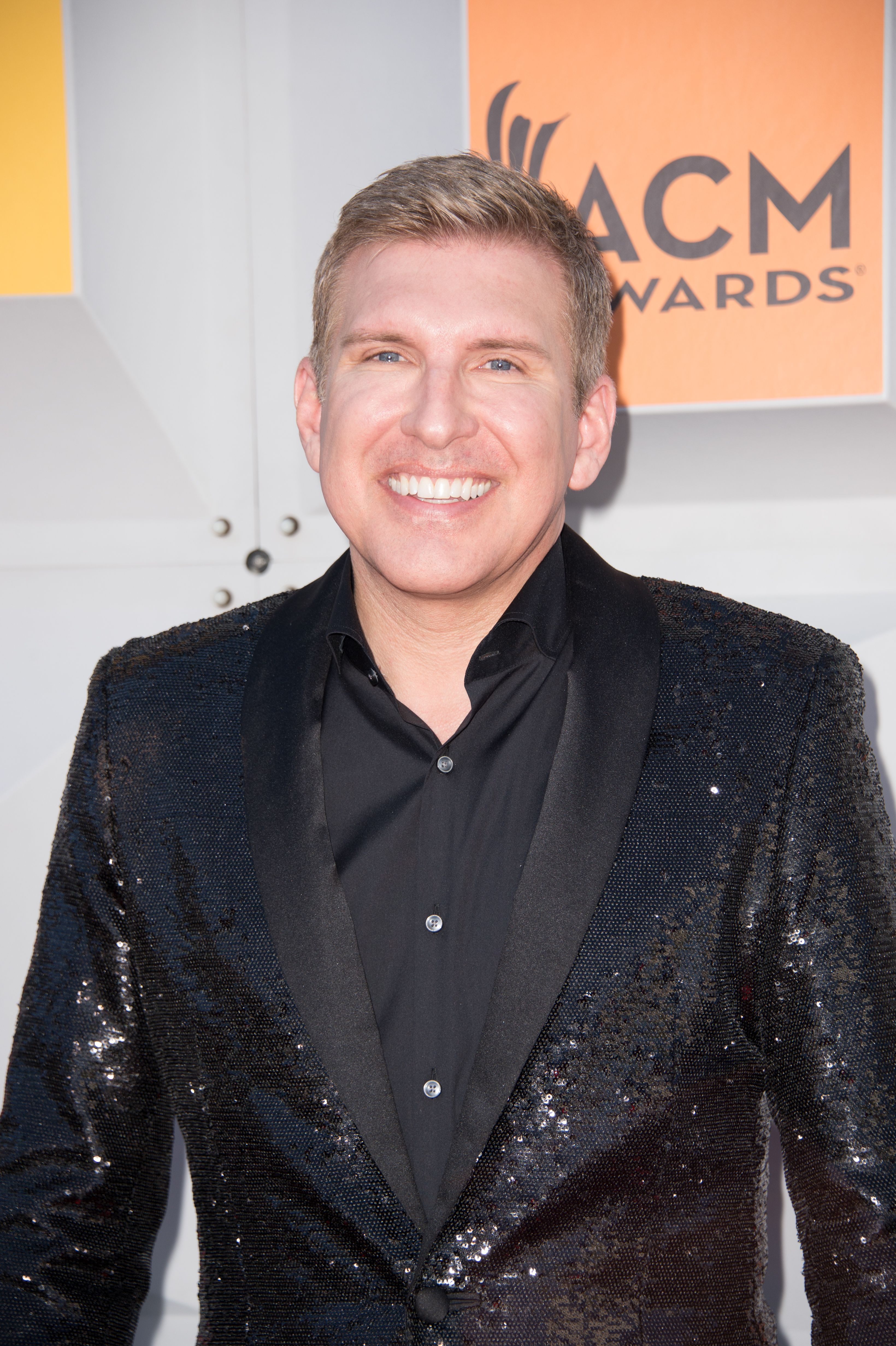 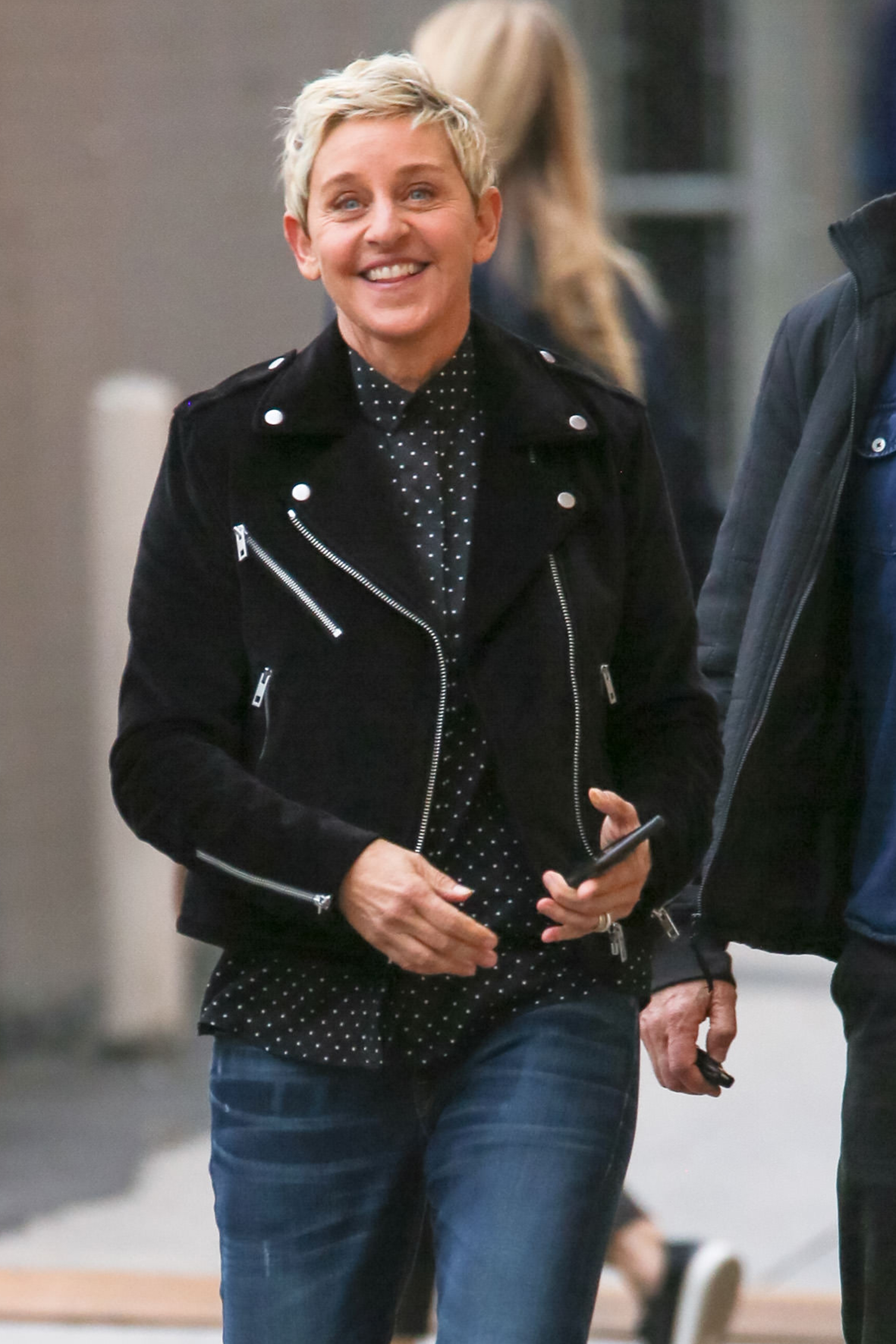 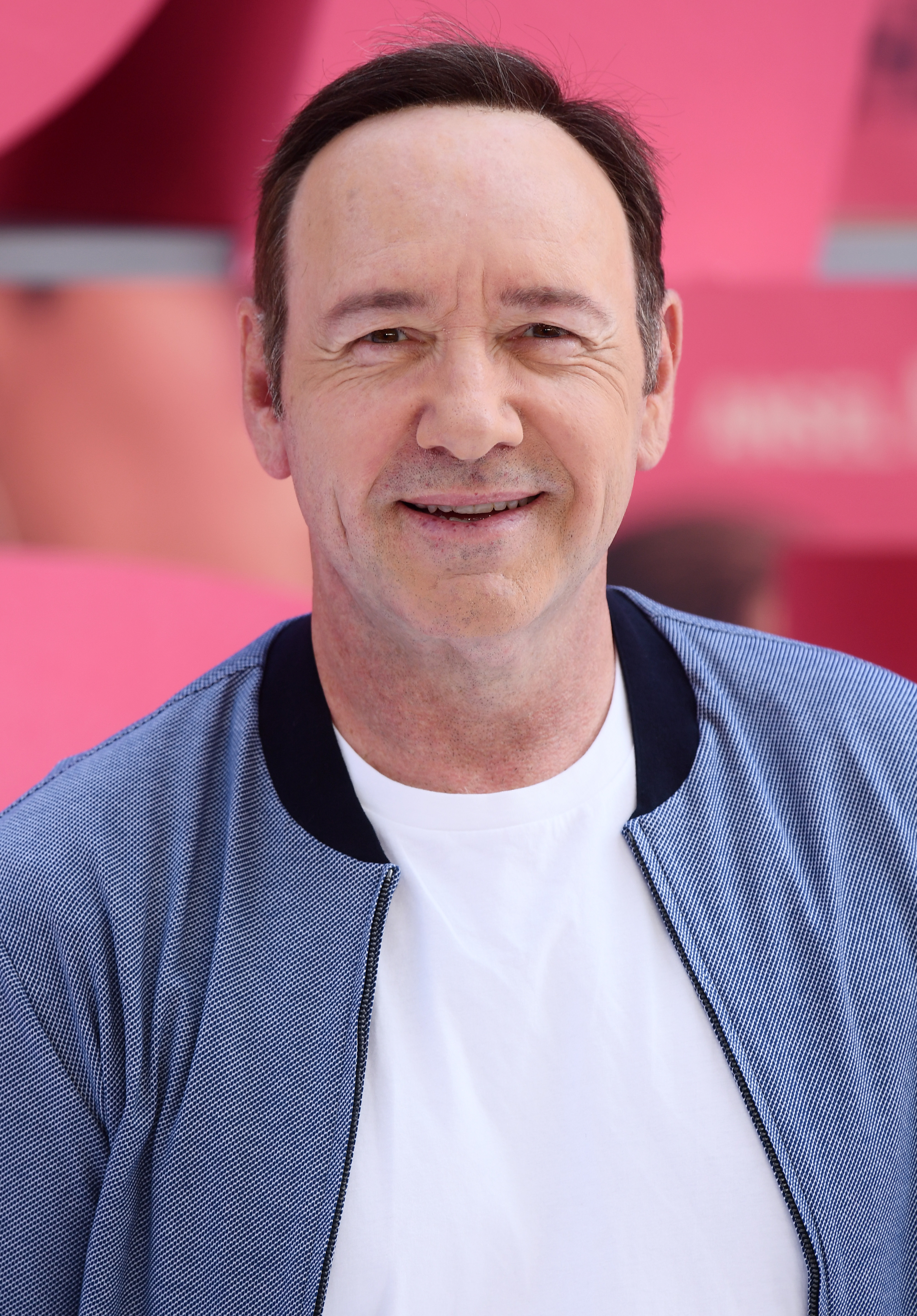