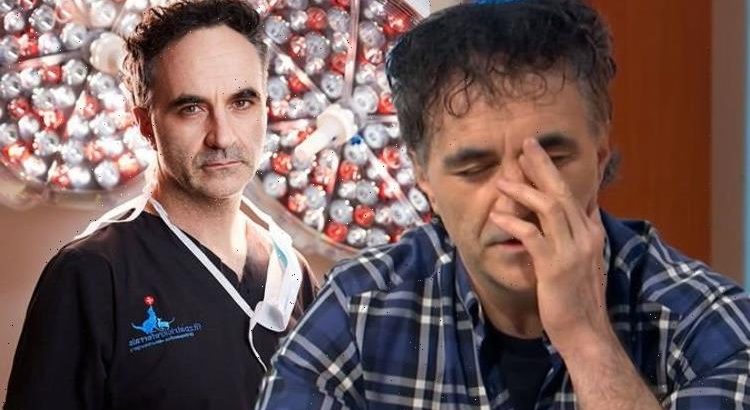 Noel Fitzpatrick, 53, takes his job very seriously, believing an “animal’s love is unconditional”. In a new interview Noel has said that he does not know when to quit with his practice being “a way of life”.

In 2014, Noel and his practice Fitzpatrick Referrals, became the subject of the Channel 4 television series The Supervet.

As well as the show, in 2009 Noel became the first veterinary surgeon in the world to successfully apply an amputation prosthetic (PerFITS) to a cat who had lost both hind feet in an accident.

In 2014, Noel was acknowledged by the Guinness World Book of Records for this work.

However Noel does not do his work for achievements like this, but instead to help the animals.

Speaking to the Metro, Neil said he does not include his achievements on the walls of the surgery.

He said: “If you come into my office you won’t see any of my degrees or awards on the walls because I don’t believe they define you.”

Noel, instead, likes to focus on the animals, with his work being “a way of life”.

When asked if he was a workaholic, Noel responded: “That is true and I would not advocate it as a way of life.

“If you’re going to wield a scalpel blade for 10 hours then you’re not going to be playing pool down the pub.”

Noel broke down in tears on last Friday’s Lorraine as he spoke about losing his beloved dog, Keira.

He posted on Instagram about losing his beloved pet on September 9, calling her his “best friend in the whole entire world”.

Recalling the event he told Lorraine: “The truth is I woke up every day crying. I was treating other people’s animals and I’m crying.

“My friend signed me up for the [London] Marathon before COVID-19.

“So, I ran the marathon on a sprained ankle. I was in horrendous pain.

The surgeon then began to cry on the show, with the emotions remembering his best friend becoming too much.

Lorraine responded: “I don’t want you getting upset, I really don’t.

“But I can completely understand it.”