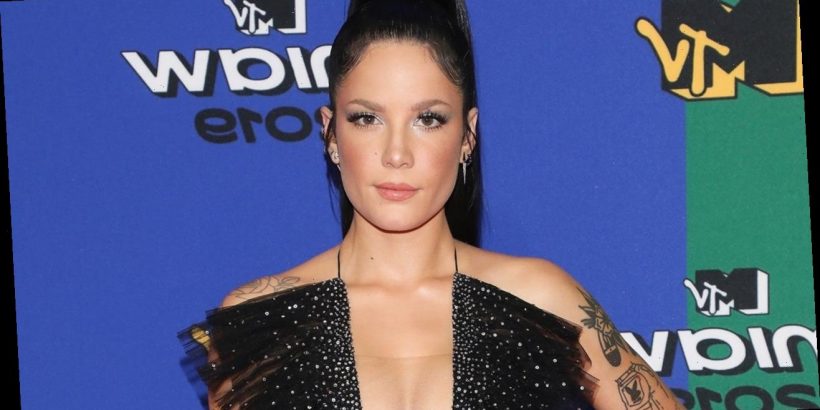 Halsey is going to be a mama!

The 26-year-old singer revealed via Instagram on Wednesday that she’s expecting her first child with Alev Aydin. Halsey announced the news with three gorgeous shots from a pregnancy photo shoot she did with photographer Sam Dameshek. She also tagged Aydin near her belly in the first pic, which the writer and producer reposted to his Instagram Stories with three heart emojis.

Aydin was one of the first to leave Halsey love in the comments section. “Heart so full, I love you, sweetness,” he gushed, with Halsey replying, “I love you!!!!! And I love this mini human already!”

The exciting news comes after Halsey found herself shutting down pregnancy rumors twice in 2019. Rumors that the “Bad at Love” singer was expecting first started last February, when she tweeted, “I have The Biggest Secret (unrelated to the album) and when u guys hear it, some of you are gonna explode into actual pieces.”

“People think my last tweet is me hinting I’m pregnant, which means I’m either: a. gaining weight b. acting weirder than usual,” she clarified hours later. “Jokes on u, I’m doing BOTH! however STILL not pregnant!”

Months later, in November, Halsey shut down rumors again after photos surfaced of Evan Peters cradling her belly in Los Angeles. “Still not pregnant. Still just allergic to gluten. Still love pancakes,” she tweeted at the time. “Is it a boy? Is it a girl? It’s pancakes.”

Hear more on Halsey in the video below.