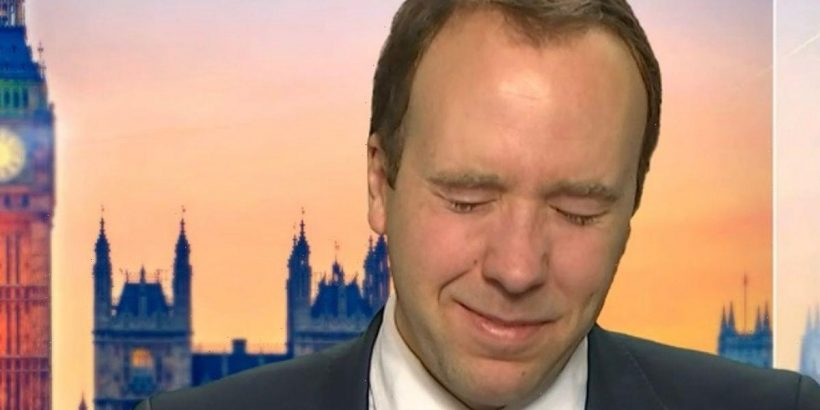 Susanna Reid and her Good Morning Britain colleagues have been left in confusion over Matt Hancock's claims he cried on the ITV programme during the pandemic.

The 51 year old, who recently confessed she's trying to lose weight after indulging in bread during lockdown, was joined by Robert Rinder and journalists Andrew Pierce and Kevin Maguire on 5 December.

Kicking off the conversation around the MP's book Pandemic Diaries, Susanna said: "The thing is, it was a remarkable moment because this was the beginning of the vaccine rollout and look we all want to celebrate the fact that we had the vaccine and thank goodness we did. What we did in terms of getting those vaccines out was phenomenal.

"But this was odd, this was during our interview on Good Morning Britain back in December 2020."

They then played footage of their chat, where Matt could be seen with his head tilted down as he squeezed his eyes shut before bringing a hand up to rub his eye. "It's been such a tough year for so many people," Matt could be heard saying in the clip.

Susanna, in the present, then proceeded to read an extract from his book, where he wrote: "'What she did not mean', said Mr Hancock, 'was that I should lose it altogether, which unfortunately is exactly what happened.

"'I was on my own in a dark windowless booth answering questions when they played the video of Margaret Keenan getting her jab' – she was the first person – 'Suddenly, I completely lost it, blubbing away, battling to regain my composure as tears streamed down my face.'"

"No, they didn't," someone in the background could be heard saying.

Later in the extract, Matt, who recently said he didn't feel "bullied" by his I'm A Celeb campmates, recalled how Gina told him that at least he showed how he felt on the programme.

Fans have since flocked to Twitter to share their own thoughts on the book and what unfolded on screen as one person wrote: "The worst fake tears I've ever seen from Matt Hancock #GMB".

A third shared: "I’m cringing yet again watching Hancock pretend to cry!!! #gmb," while a fourth added: "At last I agree with Kevin! Hancock is an actor…"

It comes after Matt recently gave an explosive interview to MailOnline, where he begged for forgiveness after breaking Covid rules and his own guidance in parliament with now-girlfriend Gina Coladangelo.

The 44 year old insisted he's "only human" and hopes to be forgiven for "falling deeply in love" with the former parliamentary worker.

Despite being candid over his mistakes however, the politician said he doesn't want any forgiveness for his decisions as Health Secretary in the middle of the pandemic.

"But I'm not asking for forgiveness for how I handled the pandemic. I woke up every single morning determined to do the very best I could in the most impossible circumstances until I needed to go to bed at night."