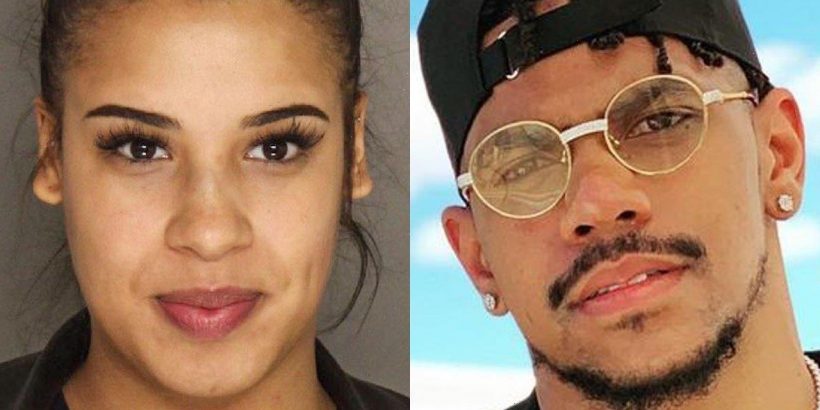 The former NFL star is charged with assault, harassment and criminal mischief after reportedly hitting Shalaya Briston and throwing pumpkins at her vehicle following an altercation.

AceShowbiz –Terrelle Pryor has denied the accusations that he assaulted Shalaya Briston. After being arrested for allegedly slapping his ex-girlfriend and throwing pumpkins at her car, the former NFL star said that “nothing happened.”

On Wednesday, October 6, a reporter spotted him walking out of Westmoreland County and asked him the details of his arrest. In response, the 32-year-old insisted that “nothing like that happened.” The former athlete was busted earlier that day after he allegedly hit his ex-girlfriend. 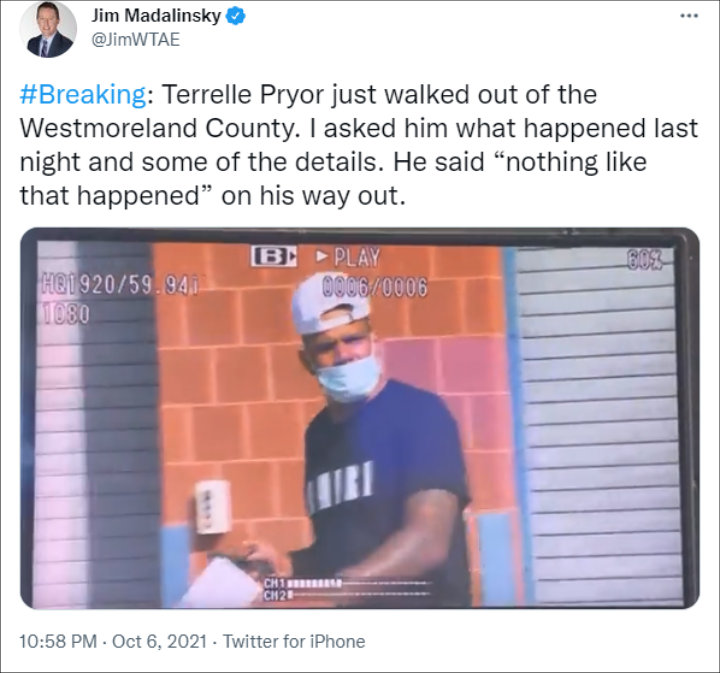 Terrelle Pryor was seen leaving Westmoreland County after his arrest.

According to police documents, Terrelle got into an argument with Shalaya following a night out drinking in Pennsylvania at around 1 A.M. In the report, the authorities claimed that Terrelle had been out with Shalaya, but returned home while Shalaya continued on to another bar.

While home, according to the police officers, Terrelle got upset with Shalaya. He then called her over 50 times and sent her more than 30 unanswered text messages. The cops went on saying that Shalaya eventually returned to Terrelle’s home in Penn Township, but stayed outside “out of fear” of him.

In the police report, Terrelle reportedly came outside and confronted Shalaya, shoving her and then slapping her in the face with an open hand. It’s also said that Shalaya tried to flee before Terrelle threw a deck chair at her. Then when she got into her Mercedes, Terrelle threw pumpkins at her vehicle, causing damage to the windshield.

Following the altercation, the authorities explained that Shalaya had “inflammation, redness and bruising under her left eye.” In the police docs, the cops noted that Terrelle denied hitting his ex-girlfriend but admitted to throwing the pumpkins.

Terrelle was then charged with a misdemeanor count of assault in addition to summary offenses of harassment and criminal mischief. The records showed that his bail has been set at $100,000.

This was not the first incident that happened between the former couple. Back in November 2019, Shalaya allegedly stabbed Terrelle during an argument at an apartment after a night out partying.

Following the scene, Terrelle was rushed to a hospital. At the time, he reportedly arrived in critical condition before making a full recovery. He suffered both shoulder and chest injuries from the stabbing. The former couple was then hit with charges over the incident but they cut plea deals in 2020 and were sentenced to probation.