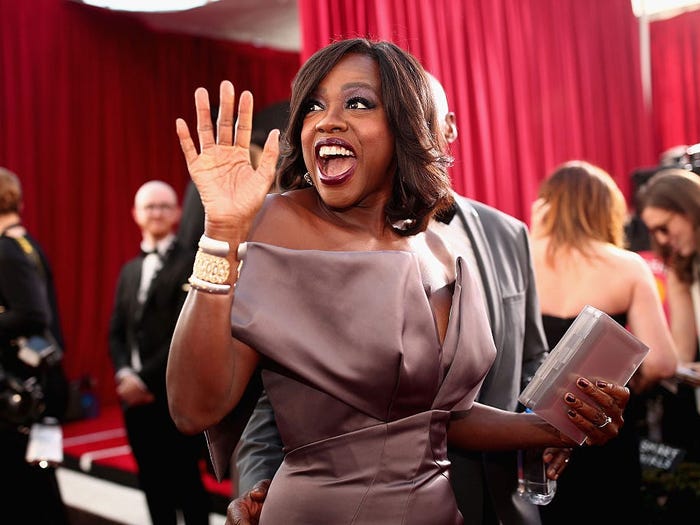 In just over two decades of performing, Viola Davis has shot to the top of the acting world, and it feels like she's just warming up.

Having already scored the "Triple Crown of Acting": an Academy Award, Emmy Award, and Tony Award (two of them, in fact) — making her the first female Black actress to do so — she has put her mark on all mediums. That includes being the face of a hit TV show ("How to Get Away with Murder") and the stage ("Fences").

But it's her work in movies that has been the most impressive as she's gone from just a voice role in 2001's "Ocean's Eleven" (she's the parole board interrogator who questions George Clooney's Danny Ocean character; we never see her face) to being the lead of Netflix's latest release "Ma Rainey's Black Bottom."

Here we look back on Davis' most memorable roles and rank up to her best — so far. 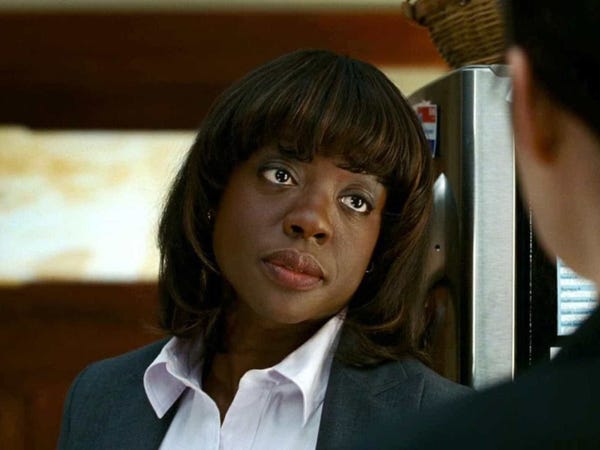 Davis makes a brief appearance in this hit thriller starring Shia LaBeouf as a high school student who, while under house arrest, becomes convinced that his neighbor is a killer.

Playing Detective Parker, Davis shows off her authoritative, no-nonsense acting as she explains to LaBeouf's character the rules of being under house arrest. 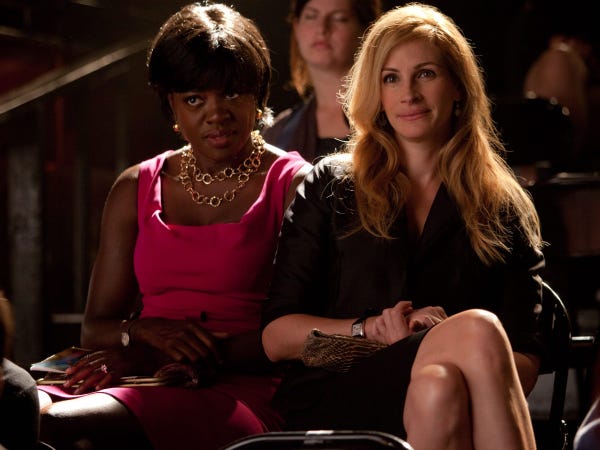 In this adaptation of the hit memoir, Davis shares the screen with Julia Roberts.

Playing the best friend of Roberts' character, Liz, she delivers the typical supportive friend role, but with Davis doing it that role is handled with perfection. 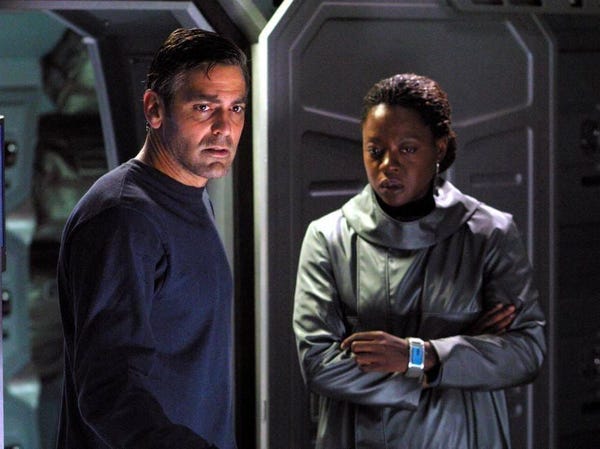 Having already appeared in a few Steven Soderbergh movies, in this one she goes head-to-head with Clooney.

Here she plays one of the surviving members of a space station orbiting the planet Solaris who tries to convince Clooney's character that his wife, which he sees around the ship, is not real. 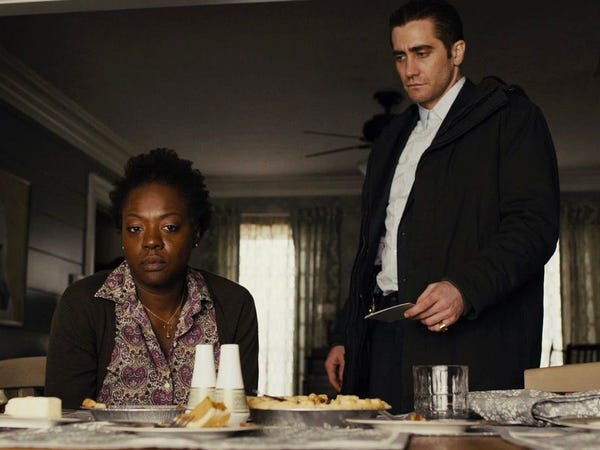 In Denis Villeneuve's thriller, Davis plays one of the parents of the young girls who are abducted.

Davis is mostly in the background in the movie playing the grieving mother, though she has a chilling scene with the man (Paul Dano) the husbands believe took the kids and begs him to tell her where the kids are. 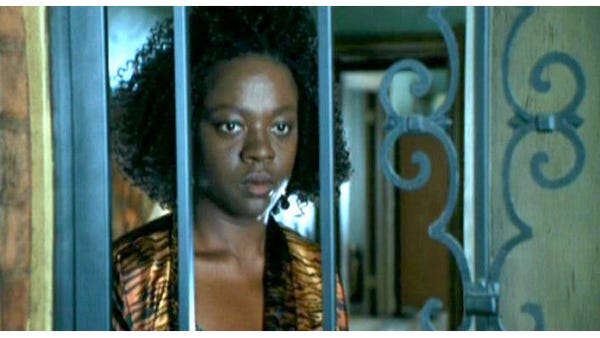 Davis works opposite Jennifer Lopez in a scene from this Soderbergh classic. Lopez' Karen Sisco tracks down Davis' Moselle character as she tries to piece together the shady characters involved with Clooney's Jack Foley.

Though the role is brief, Davis once more radiates on screen. 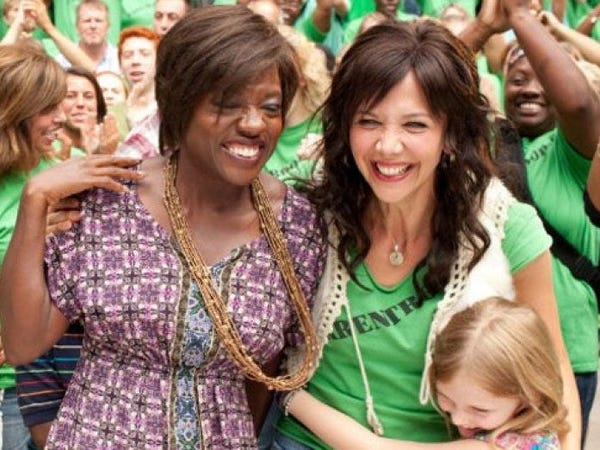 In one of her first leading roles, Davis stars alongside Maggie Gyllenhaal as two mothers who take on a corrupt school system in Pittsburgh.

Here Davis really is able to show off her full repertoire of skills on the big screen. 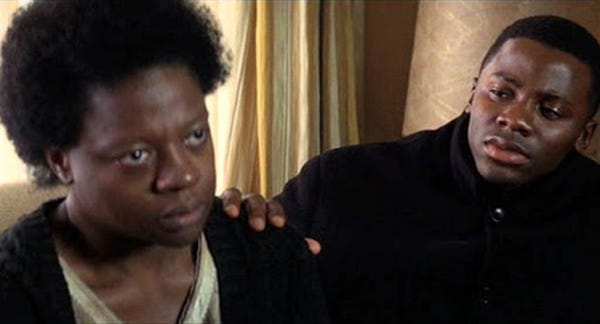 In the same year Davis delivered a powerful performance in "Solaris," she did the same in this movie, but without saying a word.

Playing the role of Antwone Fisher's mother, Eva May, she finally meets her son at the end of the movie and stays silent as Antwone speaks to her and forgives her for leaving him as a child.

The scene is a powerful one that ends with Antwone walking away and Eva May's only show of emotion being a single tear going down her face. 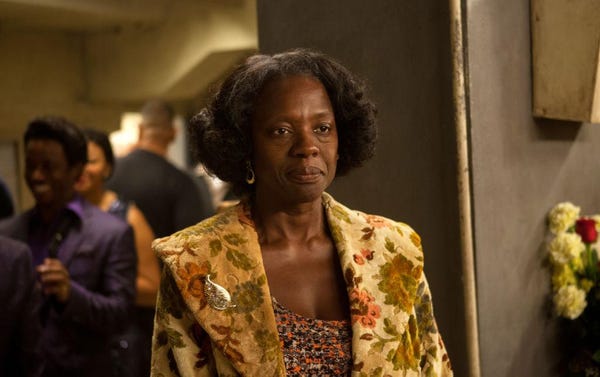 "Ma Rainey's Black Bottom" is not the first time Davis and Chadwick Boseman have worked across from one another.

In this James Brown biopic, Davis plays the legend's estranged mother who in the third act suddenly wants to enter his life. Unlike the mother-son reunion in "Antwone Fisher," here Davis speaks and delivers an emotional performance. 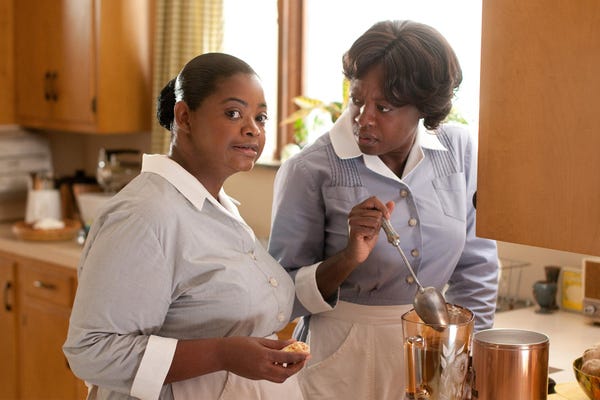 This movie that looks at a white aspiring author writing the experiences of Black maids living in the 1960s has been criticized more and more over the years for not being an authentic telling of the Black experience at that time (Davis has even said that she "betrayed" herself, and her people for being in a movie that didn't tell the whole truth of the era it's set in.)

However, Davis' Oscar-nominated performance as one of the maids is one of its major highlights.

The performance helped catapult her to one of the elite performers in Hollywood. 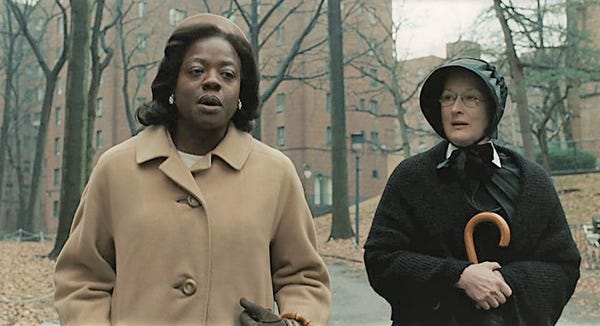 In a movie that stars the likes of Meryl Streep, Philip Seymour Hoffman, and Amy Adams, Viola Davis shows up for one scene and makes her mark.

Playing the mother of a boy who is being sexually abused by Father Brendan Flynn (Hoffman), her meeting with Sister Aloysius Beauvier (Meryl Streep) is a masterclass in acting. 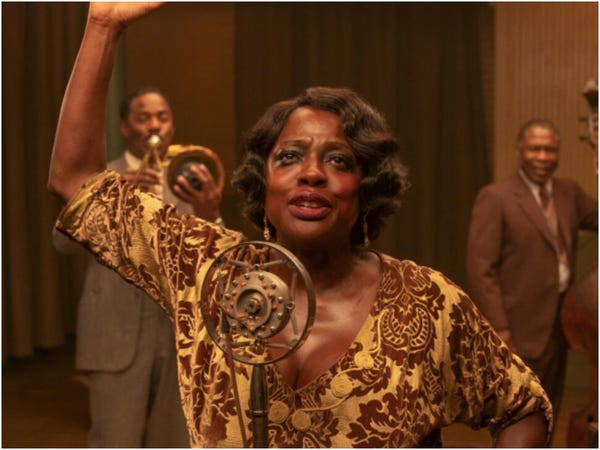 Playing the "Mother of the Blues," Ma Rainey (Davis" who in the move sports gold teeth and heavy makeup, delivers an amazing performance as a Black performer in late 1920s Chicago trying to not be taken by her white agent and record producer.

Once more working with Chadwick Boseman, the two shine in this latest movie adaptation of an August Wilson play. 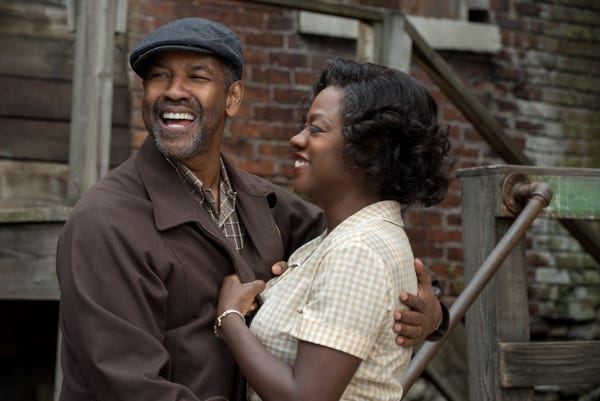 Davis would win her Oscar for this August Wilson adaptation.

Directed by and starring Denzel Washington, both he and Davis reprise the roles they played during the stage version of the story on Broadway.

Davis is incredible as the loyal wife of Tory (Washington), who we learn has been having an affair — and that's the moment when Davis shines (and shows who is really in charge of the household). 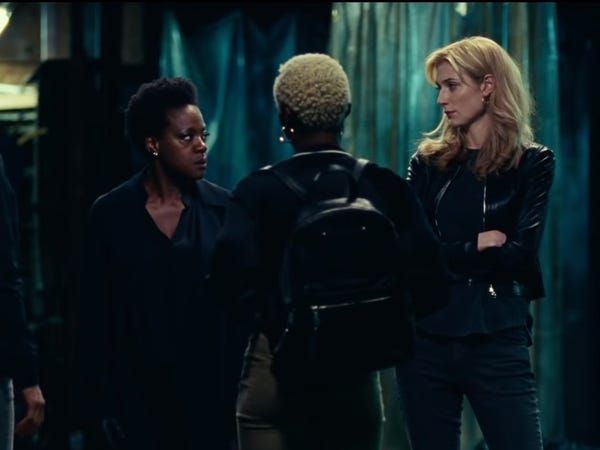 In this chilling performance as a woman who has to lead a female team to pull off a job to repay the debt left behind by their now-deceased criminal husbands, Davis is completely captivating.

In way over her head, Davis plays Veronica as a no BS taskmaster who will do anything to have a future where she doesn't have to look over her shoulder.

She was shockingly snubbed by the Oscars for this performance.