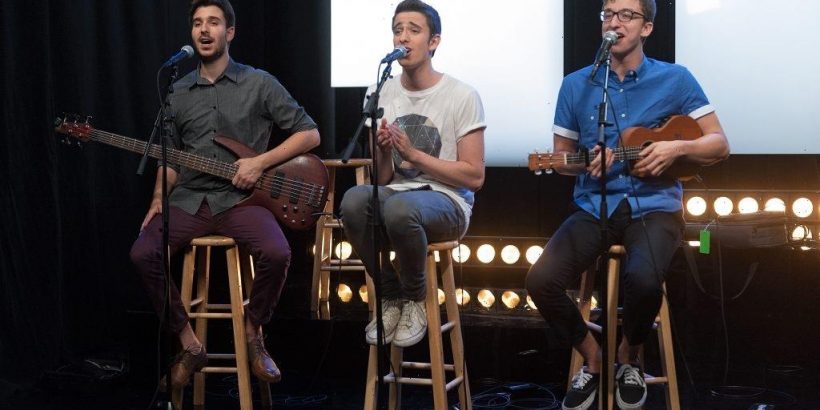 They’re chart-topping musicians, but they’re also brothers who make fun of each other. During their virtual concert celebrating the release of their album, OK Orchestra, the AJR members shared which insect they most closely resembled.

It came with a few laughs from fans and even members of their band. Here’s what Adam, Jack, and Ryan had to say about their favorite bugs.

Adam, Ryan, and Jack had a song featured in Disney and Pixar’s Soul. They also earned millions on plays on Spotify for songs like “Weak” and “Burn The House Down.”

Several years after the release of Neotheater and The Click, AJR released their album OK Orchestra, complete with songs like “Bummerland” and “Way Less Sad.”

This collection premiered on March 26, 2021. That same day, AJR hosted a virtual live concert, answering some pretty random fan questions in the process.

To celebrate the release of their album, AJR broadcasted a concert on YouTube. That included live performances of songs like “Way Less Sad” and “3 O’Clock Things.”

In addition to answering questions about their album, the brothers answered silly questions that Adam saw in the chat. One of those questions was what was each of their favorite insects. They decided to answer for each other.

“Adam’s favorite,” Jack started before pausing. Ryan continued, “Is from Bug’s Life the big jelly one.”

“Oh, I thought you were going to say the book worm from Toy Story 3 because he’s very well-read,” Jack said, turning to his eldest brother, “you get a compliment.”

AJR elaborated on their music and their album, ‘OK Orchestra’

Whether it be Neotheater or OK Orchestra, AJR tries to tell a story with their music. For OK Orchestra, that meant instruments warping into another sound and, of course, the inclusion of an overture.

“I think it’s good to look at Hamilton,” Ryan said during an interview with Vulture. “[The album] has a crazy amount of streams; that makes no sense in the streaming age. Why would Hamilton have so many streams? It’s because there’s a story that you can follow through. There’s a payoff. There’s a reason to listen to it in order.”

“And I think we really consider that when we’re making albums; we started the album with an overture… where it samples songs and it creates a whole new original piece of music,” he continued. “And then it ends in a way that relates back to the rest of the album. I think we really think about it as one cohesive thing.”

OK Orchestra is available on Spotify, Apple Music, and most major streaming platforms.