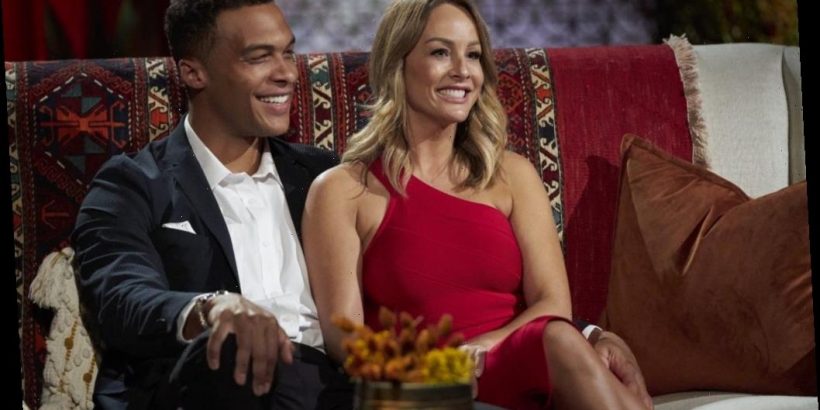 After a whirlwind romance on The Bachelorette, Clare Crawley and Dale Moss have broken up. While Crawley has not commented on the breakup, Moss let fans of The Bachelorette know that the two split with an Instagram post on Jan. 19.

The announcement comes after days of speculation that Crawley and Moss broke up. On social media, fans speculated about why Moss and Crawley decided to end their relationship, and fans of The Bachelorette are convinced that Moss is the one who broke up with Crawley.

Dale Moss proposed to Clare Crawley on ‘The Bachelorette’

On Season 16 of The Bachelorette, Crawley fell head over heels for Moss. On Nov. 5, 2020, the finale of Crawley’s half of the season aired. In the episode, Crawley went on a one-on-one date with Moss and broke up with the remaining contestants the following day.

Moss was given an engagement ring by jeweler Neil Lane. At the end of the episode, Crawley and Moss professed their love for each other and Moss proposed. Tayshia Adams was then brought on The Bachelorette to complete the season.

Following their time on The Bachelorette, Crawley and Moss announced their plans to move in together, start having children, and consistently posted about each other on social media.

Dale Moss announced he and Clare Crawley broke up

Based on Crawley and Moss’ social media activity, fans began to speculate that the two broke up. On Jan. 19, Moss confirmed fans’ suspicions and confirmed he and Crawley ended their relationship.

“I wanted to share with you all that Clare and I have decided to go our separate ways. We appreciate the love and support we’ve received from so many people, but this is the healthiest decision for both of us at this time.

We strongly believe in leading with love and always remaining true to oneself – something our families have taught and instilled in us throughout our lives. We only hope the best things for one another.

Please respect our privacy as we work through this together.”

Fans think Dale Moss is the one who ended the relationship

On Reddit, fans of The Bachelorette found the fact Crawley and Moss did not release joint statements to be a concern. Some fans also interpreted Moss’ breakup announcement to be cold, leading them to speculate that Moss is the one who called it quits.

“Considering they didn’t release a joint statement or coordinate SM posts +knowing their personalities and Dale’s posting casual stories leading up to this announcement, I’m guessing Dale was the one who pulled the plug,” a fan wrote on Reddit. “Clare was absolutely rash during her season, but this announcement from him just feels cold and impersonal.”

Another fan wrote, “The breakup itself isn’t surprising to me. It’s the coldness on his part about it. The no picture, the cold impersonal signing off on it, the pretending nothing was up and acting cheery on his stories. Usually Bach breakups seem at least pretend personal…”

While some fans think Moss could be to blame for the breakup, others are not convinced anyone is in the wrong.

“Why are we all mad at Dale? I agree that signing your Instagram story is a weird move but other than that, what did he do to deserve all the bashing? I don’t think there needs to be a villain here…,” a Reddit user wrote.