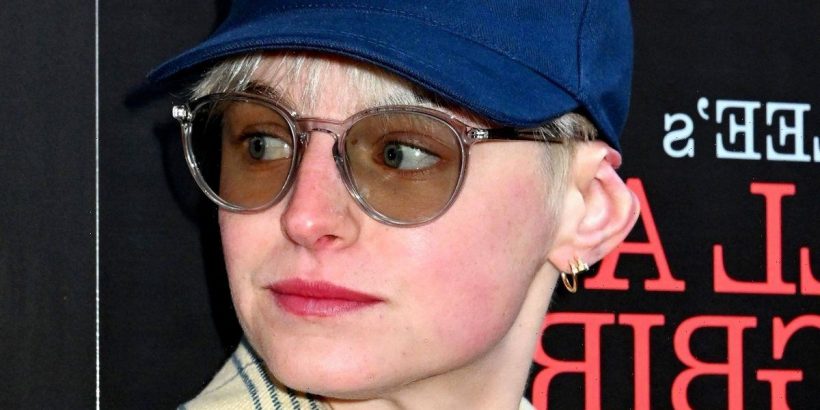 Emma Corrin, who shot to fame for their portrayal of Princess Diana in the hit Netflix series The Crown, appeared on the red carpet in London on Thursday with their ears pinned-back in a baseball cap.

The Netflix star, 26, chose a casual look when arriving at London’s Gielgud Theatre for the opening night of To Kill a Mockingbird.

They matched the outfit with a navy Miu Miu baseball cap and it appeared to be pinning back Emma’s ears.

The look was finished with tinted sunglasses and white trainers for the red carpet event.

The Crown star appeared relaxed attending the play launch that had been heavily delayed for its London run due to the Covid pandemic.

Emma received universal critical acclaim for their performance as Princess Diana on the Netflix period drama, winning a Critics’ Choice Award and the Golden Globe Award for Best Actress in a Television Series Drama.

Last year Emma took to Instagram to change the pronouns to she/they.

Emma posted a series of black and white pictures wearing a make-shift binder made using box-tape.

Captioning the images, the actress wrote: "Some time before I bought my first binder, messing around with David-Simon Dayan.

"We used boxing wrap. Thanks for capturing this with me. Very new, very intimate, very cool.

"It's all a journey right. Lots of twists and turns and change and that's OK! Embrace it."

Emma also revealed she now uses a binder made by a brand called gc2b – a trans owned and operated company that provides safe binding options for trans people.

Chest binding, also known as breast binding, is the act of flattening breasts by the use of constrictive materials. The term also refers to the material used in this act.

Emma's post received a wealth of support from followers, including actor and comedian Mae Martin, who recently shared images from a shoot in which they are wearing a binder.

Back in April last year, Emma referred to herself as queer.

Wearing a wedding dress and veil, they captioned the image: "ur fave queer bride."

The images of Emma wearing a binder sparked joy among members of the LGBTQ+ community on Instagram as well as a host of celebrities including Paloma Faith, Daisy Edgar-Jones and Paris Lees.

For all your updates on Emma Corrin, sign up to our daily OK! newsletter.