No it's not a deja vu. Roxy Jacenko will sit down with her husband Oliver Curtis for another "tell-all" – this time with Seven's Mel Doyle on Sunday Night to speak about their "year from hell" in which Curtis went to jail for insider trading, she was diagnosed with breast cancer, her businesses took a nose-dive and she sought comfort from her ex-boyfriend Nabil Gazal. 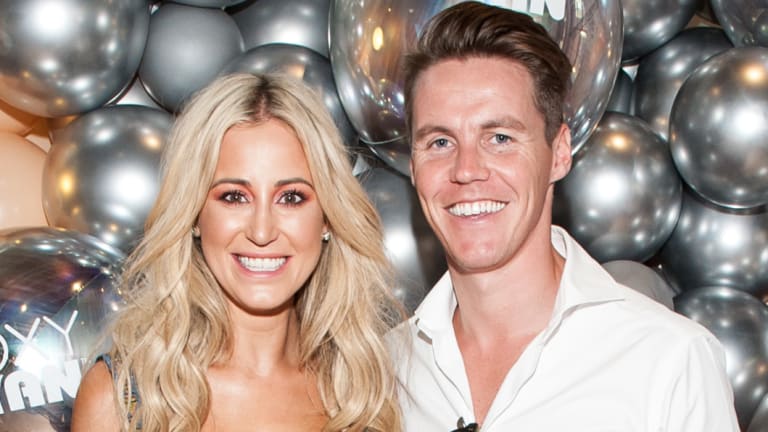 Roxy Jacenko and her husband Oliver Curtis in February.

And while Curtis is content to peddle the publicity wheel with Jacenko, one person who wishes he could be kept out of their narrative is Nabil Gazal, a well-known Sydney businessman who manages his family's multimillion-dollar real estate investment company, Gazcorp.

"I started living a life as soon as Oli went to jail that was fast and indulged in things I shouldn't have indulged in," Jacenko says in the Sunday Night promo, hinting at the period she spent with Gazal not long after Curtis was banged up in Cooma Correctional Centre.

Gazal has maintained a dignified silence, hoping the story would run its course, but almost two years later he still finds himself as one of the central characters in Jacenko's life story.

A member of the Gazal family told The Goss: "[Nabil] doesn't want to talk about it … We just don't understand why anyone still cares." 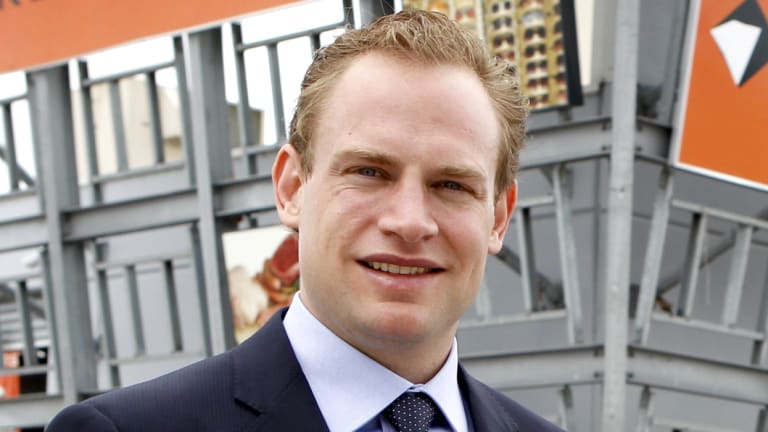 Nabil Gazal is reportedly ‘over Roxy using him for publicity’.

They added that he is a "very private", "professional" who just "wants to get with his life".

Another insider spoke more freely, saying that Gazal is completely "over Roxy using him for publicity" and "he can't understand why she keeps bringing it up at every opportunity".

"The Gazal family have built a business empire with Nabil now at the helm, it is embarrassing for him," they added.

Not your average bedtime story 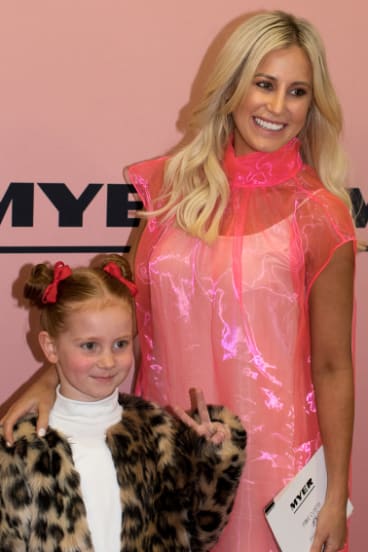 Roxy Jacenko and her daughter Pixie Curtis in August.Credit:Mim Maree

Never one to sit around twiddling her thumbs, Jacenko announced on Friday her fifth book, this time an anti-bullying children's book called Penelope's Playground. She wrote it after she struggled to find a story that helped her explain her family’s unconventional situation during her "year of hell".

"[It is] based on my experiences when I was younger – from the age of three I was cross-eyed until the age of 13 when I had major surgery to correct it – through to watching Pixie faced by playground comments like 'your dad is a bad person and he broke out of jail'," Jacenko said.

"I wanted to do it to begin the conversation amongst children and parents. I looked for a book like this during 2017 for Pixie (7) and Hunter (4) and couldn't find anything that talked about being kind to one another, so I decided to do it myself."

What do you do if you run right into the woman who was linked with your ex-partner and the father of your two daughters not long after you split? If you are Kate Fowler you turn on your heel and walk as quickly as possible in the opposite direction. 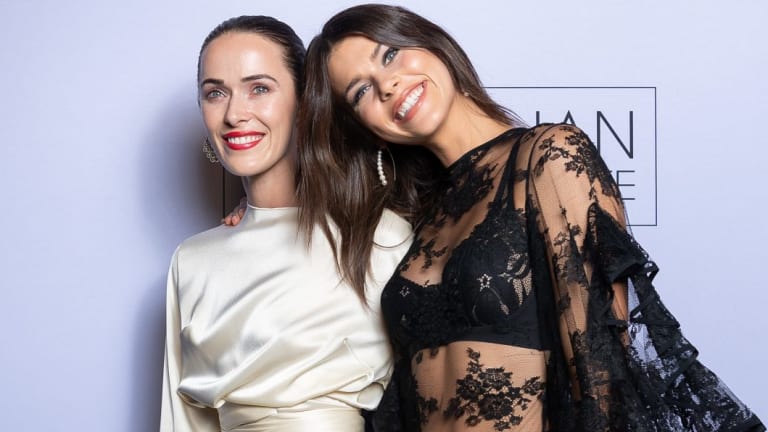 Sisters Kate and Georgia Fowler at the 2018 Australian Fashion Laureate Awards at The State Theatre on Tuesday.Credit:Wendell Teodoro

The mother-of-two made her first Sydney social appearance since her split from Merivale millionaire Justin Hemmes when she turned up at the prestigious Australian Fashion Laureate Awards this week to support her sister Georgia Fowler who hosted proceedings.

And while Kate refused to speak to The Goss on the red carpet about anything other than Georgia and her trip to New York a fortnight ago to cheer the model on in the Victoria's Secret Fashion Show, she couldn't completely avoid reminders of her ex on the night.

Also in attendance at the awards was model Montana Cox, dressed to kill in a black, strappy Alex Perry gown.

Cox denied to The Goss a few weeks ago at another plush fashion soiree that she was anything other than friends with Hemmes, despite rumours of a romance between the two. But those denials didn't stop Kate, Georgia and their mother Kim from doing a rather awkward 180-degree turn when they almost walked into Cox during the champagne reception. 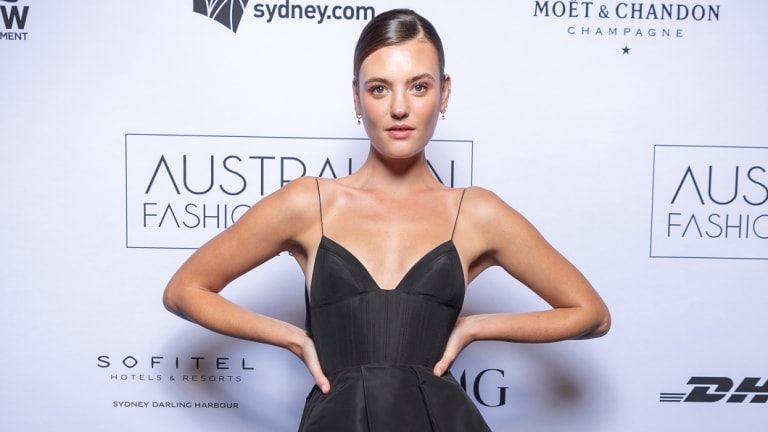 Cox either didn't notice or graciously pretended not to and continued talking to Jasmine Yarbrough as she sipped on a flute of Moet.

Kate will be hard-pressed to find many Sydney parties to attend if she is looking to avoid all exes of "Sydney's ultimate playboy".

Australian model Jordan Barrett is so caught up with his own reflection that he is willing to risk his life and the life of others to record the wind blowing through his golden locks for his 919,000 Instagram followers. 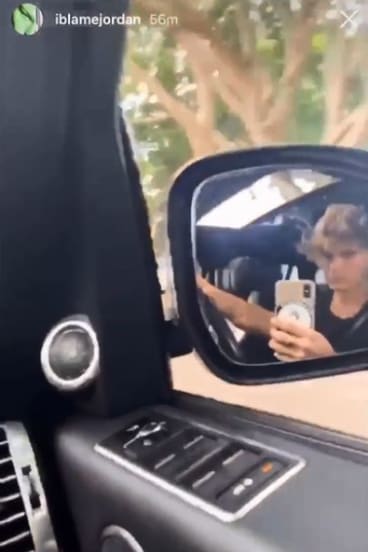 Model Jordan Barrett recording himself while driving in the Bondi area on Thursday afternoon.Credit:Instagram/@iamjordan

Hours after jetting back into Sydney on Thursday with his good friend and fellow model Tahnee Atkinson fresh from a few days frolicking in the Philippines, this quarter’s Executive Style cover star lived up to his "bad boy" reputation by posting a clip of him driving around the Bondi area with the window down and music blaring while he recorded himself pouting in the wing mirror.

At the time the clip was posted to the 'Gram, a witness told The Goss they spotted Barrett taking his friend Cheyenne Tozzi's Range Rover to get washed, despite Sydney being in the middle of a dust storm.

NSW Police have seen the video of Barrett and a police spokesman confirmed that a person can be penalised for such an incident (usually five demerits and a $337 fine).

"We would welcome any further information or witnesses to assist with this matter," the police spokesman said.

"This sort of behaviour highlights the risks that are on our roads."