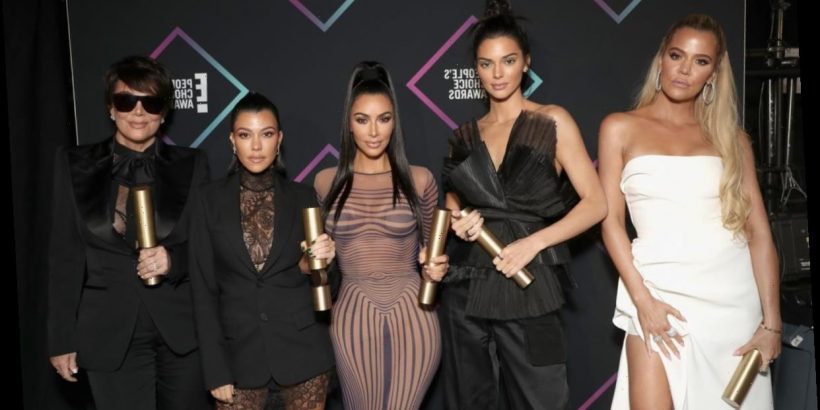 The Kardashian-Jenners have a reputation for going above and beyond for those they care about, and their latest act only reinforces what everyone already knows. After shooting the last episode ever of Keeping Up With the Kardashians, the famous bunch surprised their crew with special parting gifts as a way to show their gratitude for all of their hard work after 15 years. And it appears they didn’t spare their wallets when purchasing these thoughtful presents.

The final day of filming KUWTK may have been bittersweet, but it was also a day filled with laughs, love, and lavishly expensive gifts!

The famous bunch filmed the final episode of Season 20 on Jan. 8, and insiders reveal that before parting ways, Kim, Kourtney, Khloé Kardashian, and Kris Jenner surprised the men and women behind their beloved show with Rolex watches.

According to TMZ, the famous bunch thanked their production team “with speeches, and sent well-wishes after the show wrapped.”

Crew members also expressed their gratitude for the family, sharing stories of their favorite memories working on KUWTK. A few of them even said they had stayed on the show for so long because it was “fun working with the fam.”

Afterward, the Kar-Jenners brought out 30 Rolexes, which caused “a lot more tears, excitement and thanks.” In true Kardashian fashion, the famous bunch splashed out a staggering amount of money on the timeless gifts. TMZ reports that the overall cost for the lavish accessories was just around $300,000 — about $10k per watch.

Talk about going out in style!

In addition to sharing a bittersweet moment with their crew on the final day of filming, the Kar-Jenners also commemorated the occasion with a series of emotional social media posts.

Kim Kardashian West was the first to give fans a glimpse of the family’s final day of filming, sharing an Instagram Story snap of the individual microphone packs for Kylie, Kris, Kourtney, Khloé, Kendall, and herself.

She then gave her followers an up-close look at their outdoor garden party place settings, which were designated by cookies decorated with each family member’s face.

Khloé Kardashian’s Instagram stories offered another view of the table and showed a couple of the younger kids indulging in their cookies.

Keeping Up With the Kardashians is ending this year after 20 seasons, as the first family of reality TV announced back in September.

Though it’s unclear exactly why the family has decided to end their show, media outlets claim that Kylie Jenner and Kim Kardashian West were threatening to quit, which prompted Kris Jenner to pull the plug on the series.

It’s also been reported that certain family members’ desire to do their own things, as well as the family’s attempt to negotiate even-higher paydays with E!, were factors in the family’s decision to call it quits.

But despite moving on from their beloved show, the Kardashian-Jenners still plan to keep fans in the know on their lives as they will air exclusive content on Hulu starting in late 2021.