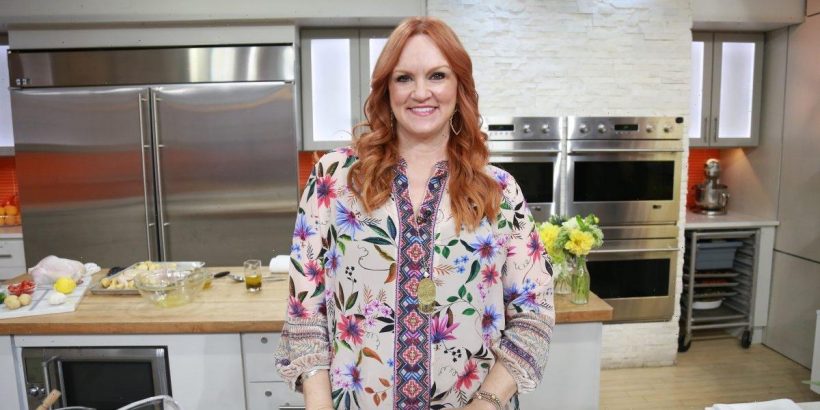 Ree Drummond’s easy corn casserole is a crowd-pleaser that’s perfect for any summer get-together. The Pioneer Woman star calls it “the delicious side dish imaginable.” Find out how she makes this simple and flavorful dish.

Ree Drummond’s fresh corn casserole is an easy side dish

Drummond shared how to make her creamy corn casserole on an episode of The Pioneer Woman. “Any time I have a party or a big family gathering, corn casserole is always on the menu,” she explained. “I learned how to make this from my mother-in-law and it is the most delicious side dish imaginable.”

Drummond husked corn, cut the end off, and stood it upright to cut off the kernels with a knife. She also offered up a pro-tip she follows when cutting fresh corn. “In the process, I try to scrape along the cob because within this cob is this magical creamy milky liquid that really makes the finished dish wonderful,” she explained.

She added the corn to a bowl, then added butter, explaining, “The great thing about this casserole is that you can make it ahead of time …. You can do it early in the day and keep it in the fridge or you can do it right before and then it just bakes in the oven while the guests arrive.”

Drummond added heavy cream, salt, and pepper, as well as diced red bell peppers and jalapenos. “This is just a very old, very classic recipe in this part of the country because fresh corn is abundant,” she noted.

She poured the corn mixture into a buttered casserole dish. “Now it doesn’t look like the corn has a lot of liquid but as it cooks, the butter will melt, the corn will give off liquid, the cream will mix with the butter and it just turns into this magical, delicious substance,” Drummond promised.

The Pioneer Woman star baked the casserole in a 350 degree Fahrenheit oven for 20 to 30 minutes, until it was bubbly.

Drummond makes an even simpler version

Drummond wrote about an even simpler version of her fresh corn casserole recipe in a 2020 Pioneer Woman blog post. “This isn’t technically corn pudding, as it doesn’t use any eggs, but that’s what folks ’round these parts sometimes call it,” she explained. “It’s getting to be that time of year when corn is in abundance, and neighbors bring by ears of corn like it’s going out of style.”

This version of the recipe skipps the red bell and jalapeno peppers and has just five ingredients. “Add a little cream, butter, salt, and pepper, bake in the oven, and you have a crunchy, fresh summer side dish that’s always, always a crowd-pleaser,” Drummond noted. “It’s nothing short of heavenly. Let’s make it and you’ll see what I mean!”

She pointed out the “key” is to “scrape out all the creamy, milky goodness that resides inside the cob” and had an easy hack to get the job done. “With the dull side of the knife (or you can grab just a regular dinner knife), press and scrape the cob all the way down to remove all the bits of kernel and creamy milk inside,” she wrote.

The full recipe is available on the Food Network website.