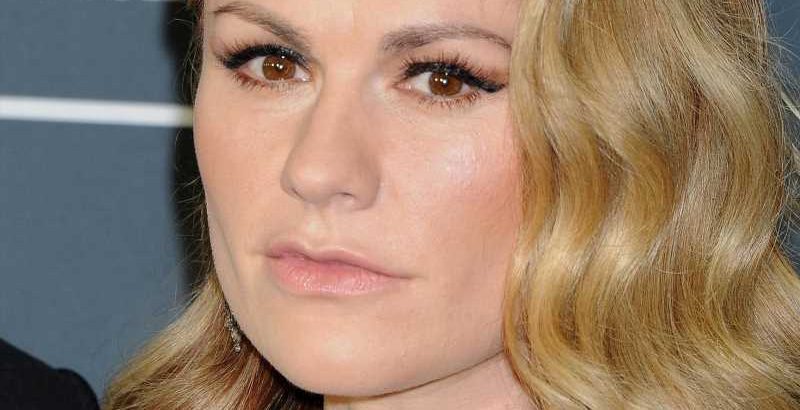 Anna Paquin has been married to her husband, Stephen Moyer, since 2010, per People. The pair starred on the HBO vampire drama “True Blood” and share eight-year-old twins Poppy and Charlie.

Paquin gushed about her husband to Us Weekly in March 2019: “We’re each other’s best friends. We’re incredibly lucky that we found each other,” she said. “We want nothing but good things for each other. His successes are my successes and vice versa and we’re just really lucky,” she added. Although they met on “True Blood” in 2008, they kept their relationship quiet until February 2009. “It was very intentional on both our parts,” Paquin said. “It was very important to me that the cast and crew we were working with didn’t feel it was fickle. … We didn’t want to take anything away from the show.”

Moyer, meanwhile, opened up to Andy Cohen on “Watch What Happens Live” (via People) in December 2020, and it’s clear he’s been smitten with his wife since their “True Blood” screen tests. “By day three or four — oh, this is going to sound so syrupy — but I knew I wanted to spend the rest of my life with her. It was within seconds, really, and it just became a thing,” he said. Paquin and Moyer might be crazy in love, but some critics are reportedly slamming their marriage and Paquin’s sexuality. Keep reading for more details.

Anna Paquin is proud of her bisexual identity

Anna Paquin discussed her bisexuality in an Instagram post on May 18, writing, “I’m a #proudbisexual who is married to a wonderful human who happens to be a man.” She included the caption, “If he doesn’t have a problem with it why should anyone else?” The actor also took to Instagram Stories (via People) to share a comment that said, “I am getting tired of seeing ‘bi’ celebrities consistently advocate for it only to end up conventionally married to men with multiple children, living out the so-called white-picket-fence life.” Paquin added, “Ah yes … the ‘you aren’t queer enough’ BS.”

This isn’t the first time Paquin has discussed her bisexuality. In 2010, she came out in the Give a Damn campaign, which featured celebrities pushing for equality. “I’m Anna Paquin. I’m bisexual, and I give a damn,” she said at the time. And in June 2014, she tweeted in support of gay marriage, writing, “Proud to be a happily married bisexual mother. Marriage is about love not gender.”

The also actor got candid with Zooey magazine (via People) in 2012, saying, “If you’re going to talk about some cause in a way that’s meaningful, you should identify why it means something to you,” she said. “For a bisexual, it’s not about gender. That’s not the deciding factor for who they’re attracted to.” Paquin has no problem calling out “bigots,” and she’ll keep dispelling myths about bisexuality as long as trolls comment on her posts.