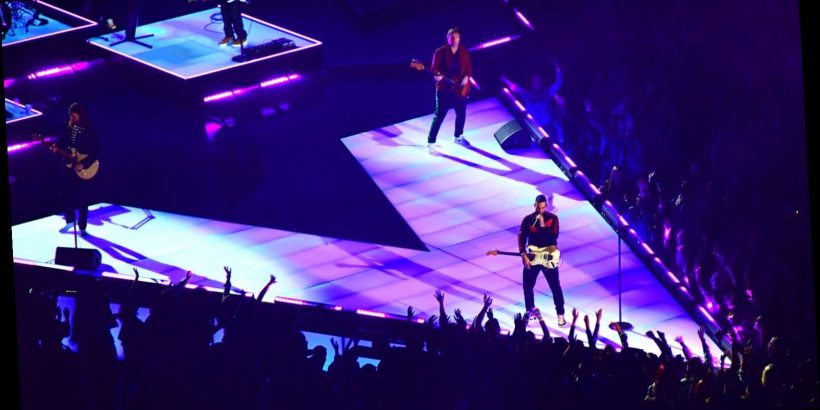 Now that Super Bowl 55 is only a week way, many are once again wondering how one of the most popular televised performances goes off without a hitch (or, well, with only a few hitches) each year. This time around, award-winning artist The Weeknd will be performing during the Super Bowl’s Halftime Show. Not only that, but the singer announced that, in order to truly create the show in his own image and aesthetic, he was spending $7 million of his own money on the show (via Cosmopolitan).

This announcement was surprising to many and opened the door to questions about how much the NFL pays for the Super Bowl halftime show and how much the entertainers are paid for their performance.

To ensure that the hundreds of millions of viewers remain tuned into the game during its halftime portion, the NFL has spent about $10 million per show (and sometimes even more) to perfect the various components of each performance throughout the years. These various components include stagehands, complex stage setups, lighting, a fireworks display, and other over-the-top elements that vary depending on the needs of the particular performer. For example, during Lady Gaga’s halftime show in 2017, the NFL had to cover the cost of the expensive trapeze equipment that she used throughout her performance (per CNBC).

Ultimately, it’s the high cost of the Super Bowl halftime show that means it’s not a payday for the artists who perform.

Halftime acts are not paid for their performances

That’s right — halftime entertainers are not paid for their work because, in most cases, the real payoff occurs after their performance.

The exposure that these artists receive from hundreds of millions of people watching their performances can be tremendous. For example, after Justin Timberlake’s 2018 Super Bowl Halftime Show, his music sales rose by an astonishing 534 percent — on the same day of his performance (via Billboard). In the days after his performance, Timberlake’s Man of the Woods album secured the singer a number one spot on the U.S. Billboard 200 album charts (per Reuters).

Along the same lines, fellow halftime performers Maroon 5 and Lady Gaga saw similar spikes in their music sales after the conclusion of their respective shows. Maroon 5 saw a sales spike of 488 percent after their 2019 halftime show, while Lady Gaga’s digital catalog sales increased more than 1,000 percent on the day of her halftime performance (per Fox Business).

Supposing that the same number of viewers will be tuned into this year’s Super Bowl Halftime Show (What else is there to do these days?), it’s likely that The Weeknd will experience a similar spike in music sales after his performance, perhaps giving the singer back at least a large portion of the money he invested in his show.