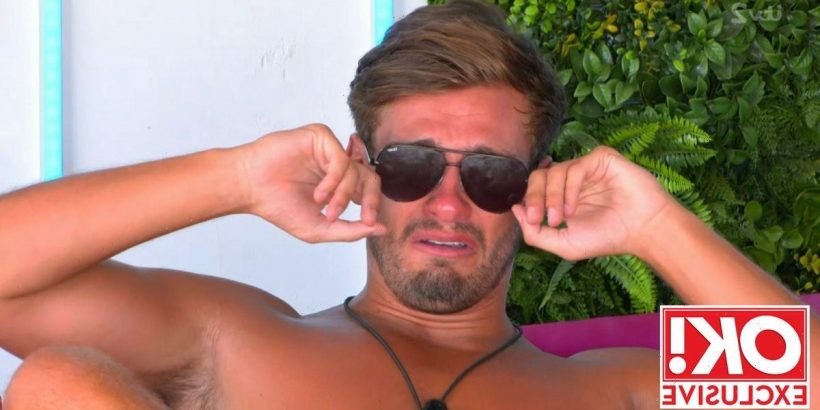 Jacques O'Neill stunned the nation when he announced his decision to leave the Love Island villa. But according to body language expert Inbaal Honigman, the tell tale signs that he would have to go were there all along, as she explains exclusively to OK!

Inbaal said that Jacques seemed to be "suffering with intrusive thoughts" as we saw his behaviour becoming more and more "erratic" after 2018 Love Island contestant Adam Collard's arrival.

"The signs of his anxiety are quiet but unmistakeable. This brings on sadness, when he tries to get the anger to stop, and tries to calm himself down, by going and chatting to friends, switching locations, but the stress won't let up and his behaviour becomes more and more erratic."

She continued: "His head starts to shake involuntarily to say 'no', when he's talking to others, and then it keeps happening even when he's silent. Rugby player Jacques, 23, broke down in tears as he told brunette Paige Thorne that "she means the world to him", before explaining to the rest of the islanders he would be leaving the villa to get himself "back on track".

His decision comes after viewers saw his shocking outburst when he heard from ex Gemma Owen, 19, that former islander Adam Collard, 26, was "s*****g" him off.

Jacques was seen storming off from the fire pit as he headed over to confront Paige, 24. He asked: "Has Adam been s******g me off? Who the f**k is he, just another geezer who has been on the show. He's f**king nothing mate!" Inbaal adds that Jacques' eyes were twitching and he was tapping his fingers during this encounter, which he says shows he was in "distress".

"When the explosive conversations start, his body language tics are in full swing. His eye is twitching, his finger is tapping… he's unmistakably in distress, and keeps his sunglasses on to try and hide the worst of it, showing that he's feeling insecure in his anger," she says. The expert went on to analyse his actions once he decided to leave the villa. She noticed Jacques confiding in Paige and attempting to "calm himself down". She also revealed that he showed signs of feeling "very alone".

"Once he's decided to leave the villa, sitting and talking to Paige about it, he's stroking his own lower leg hair, again and again, in an obvious, and very eye-catching gesture of self-soothing," she revealed.

"He is revealing his feelings to her, and confiding in her, and the leg-stroking is an attempt to calm himself down." Inbaal added: "This is how a mother would soothe an inconsolable child, smoothing their body and using touch to calm them down.

"That he has to do it to himself, shows us what's at the bottom of his torment – he feels very, very alone there."

Inbaal finished off on a positive note by saying that seeing Jacques' smile when he told everyone his news shows confidence in his decision.

She says: "The first smile he flashes in the entire episode, is when he lets everyone know he's leaving. There, we've got Jacques's signature, confident smile. He knows he's made the right decision and prioritised himself."