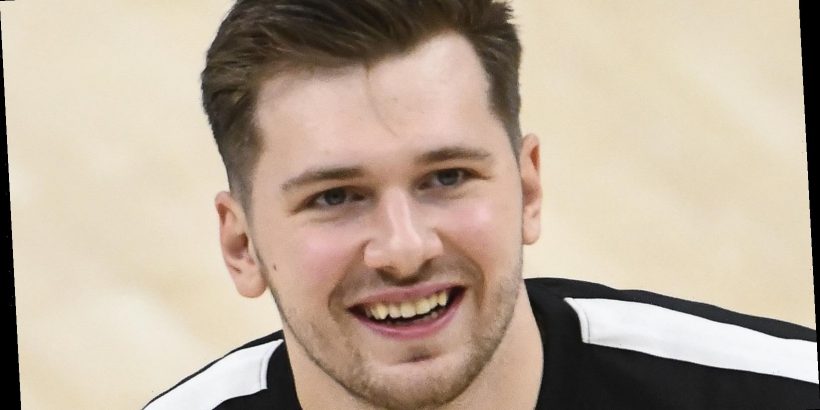 Luka Doncic is one of the most mesmerizing players in the NBA. He burst into the league with a sensational rookie year, which earned him Rookie of the Year honors, as per Basketball Reference. The Slovenian’s immediate impact in the NBA may have surprised some, but he comes from impressive pedigree and had a seasoned background before joining the Dallas Mavericks for the 2018-2019 season.

The point guard’s father is Sasa Doncic, who was no slouch on the basketball court himself. Sasa had a storied career playing professional hoops in Europe. As noted by Basketball Noise, the prime of Sasa’s career was in Slovenia, but he also played in France and Serbia. Luka’s dad played in the top league in Europe and won three Slovenian Cups during his playing days.

Luka was mostly raised by his mother Mirjam Poterbin after his parents divorced when he was 9, as per Sports Illustrated. Mirjam was awarded custody of her only son, and in an interview with WFAA said she would use basketball as a tool to get little Luka to finish his chores. The young basketball prodigy was separated from his mom at the age of 13 when he left Slovenia to play pro basketball in Spain. “I cannot explain how hard this was. I was crying,” Mirjam told WFAA, “I was there every weekend, but I was crying. It was really, really hard.”

That was only the beginning of the mother and son’s basketball journey together. Keep reading to learn more about Luka’s mom.

Mirjam Poterbin was born in Slovenia on April 7, 1976 to parents Milena and Anton Poterbin (via Sport Celebrity Daily). The beauty was a former model who, as per Basketball Noise, competed in the 1993 Miss Slovenia pageant. Later, she opened a beauty salon in Ljubljana, Slovenia alongside her mother.

Being apart from teenage Luka Doncic while he played in Spain was difficult on Mirjam, and she ended up moving there to be closer to her son. “After Luka was living alone, in residence with other kids in Madrid, I moved to Madrid,” she told Euro Hoops in 2018. “Our relationship is very good because he has his own life, I have my own life, but we help each other as much as we can,” she said.

The mother would relocate again after Luka started playing for the Dallas Mavericks. She found the transition to the United States difficult at first. “We are really close, so he wants to have family here,” she told WFAA in January 2020, “When I came [here], I was alone. I was living alone because I didn’t live with Luka.”

Mirjam eventually found her footing living stateside. The former beauty queen gained an online following after going viral on Luka’s draft night (via The Spun). She has modeled for Juventas Clinic and The Lie by JPZ purses on her Instagram page which is filled with photos of herself, and many uploads about her son’s accomplishments, as per Heavy.