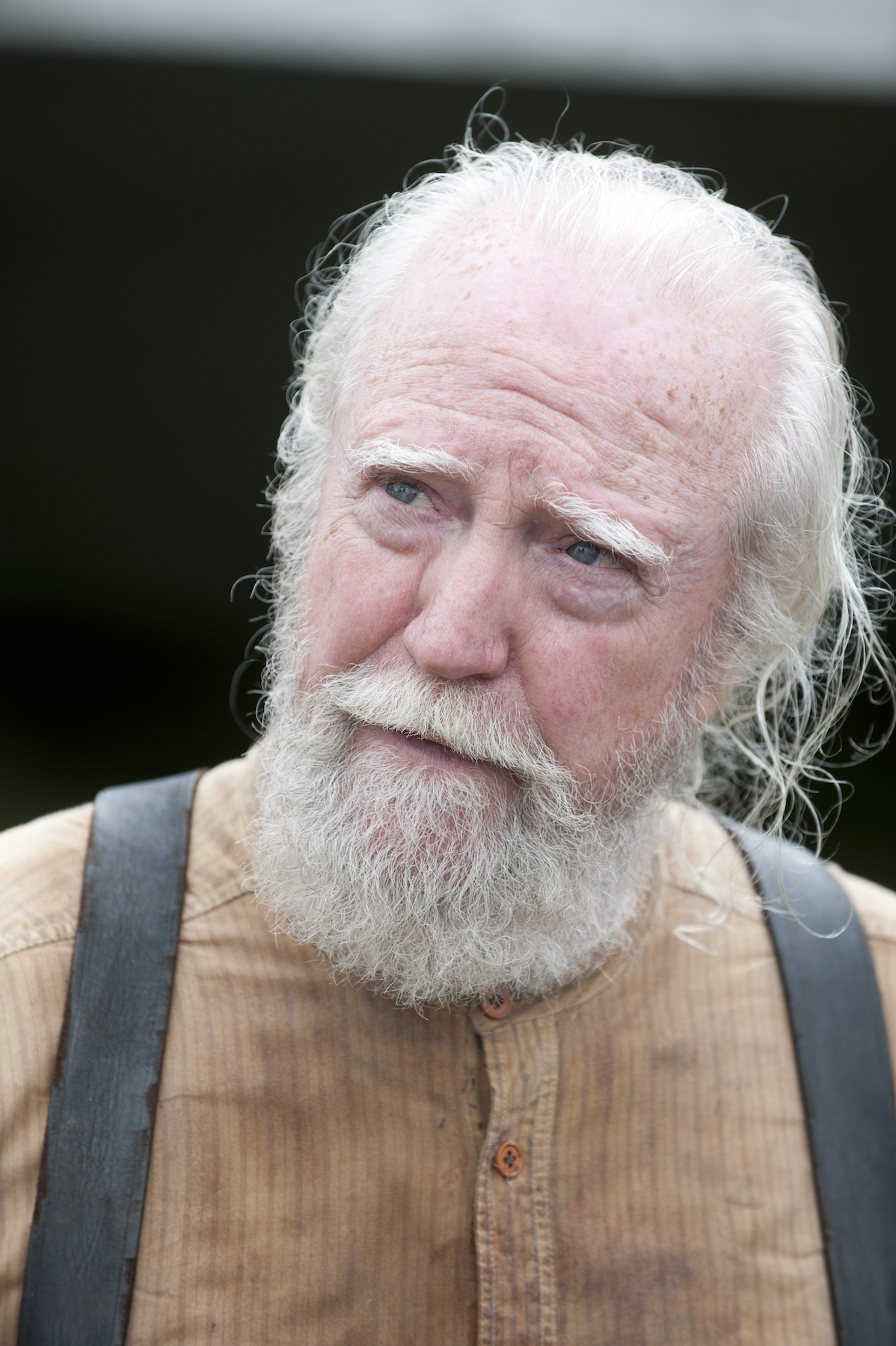 Scott Wilson, who played Hershel Greene on The Walking Dead, has died at the age of 76, TMZ reported on Saturday, October 6.

The actor had been battling leukemia.

“Scott will always be remembered as a great actor and we all feel fortunate to have known him as an even better person,” AMC said in a statement to Us Weekly on Saturday. “The character he embodied on The Walking Dead, Hershel, lived at the emotional core of the show. Like Scott in our lives, Hershel was a character whose actions continue to inform our characters’ choices to this day. Our hearts go out to his wife, family, friends and to the millions of fans who loved him. Scott will be missed.”

“We are deeply saddened to report that Scott Wilson, the incredible actor who played Hershel on #TheWalkingDead has passed away at the age of 76. Our thoughts are with his family and friends,” read a statement on the AMC show’s official Twitter account. “Rest in paradise, Scott. We love you!”

The acting veteran, who made his screen debut in 1967 with a role as a murder suspect in the Sidney Poitier film In the Heat of the Night, starred in more than 50 films including In Cold Blood, The Great Gatsby, Dead Man Walking and Pearl Harbor.

In 1980, he received a Golden Globe nomination for Best Supporting Actor — Motion Picture for his role in The Ninth Configuration.

Wilson, who was born in the small town of Thomasville, Georgia, played veterinarian Greene on the hit AMC zombie series from 2011 to 2014.

TWD‘s showrunner Angela Kang said at the show’s panel at New York Comic-Con on Saturday that Wilson, along with former costars Sonequa Martin-Green (Sasha Williams) and Jon Bernthal (Shane Walsh), would be returning for the ninth season, which premieres on Sunday, October 7.

It’s unclear how the trio will appear on the show — Bernthal’s character was stabbed to death by his former friend Rick (Andrew Lincoln) in season 2, Wilson left the show in season 4, and Martin-Green’s character was killed off in the season 7 finale.

Khary Payton, who plays Walking Dead‘s King Ezekiel, paid tribute to Wilson on Twitter on Saturday night, writing, “The first time I met Scott Wilson, he gave me a big hug and said that this thing I had become apart of… was a family. He said I had a responsibility to take care of it. I have tried very hard to do that, sir. & I will continue. I promise. See you on the other side, my friend.”