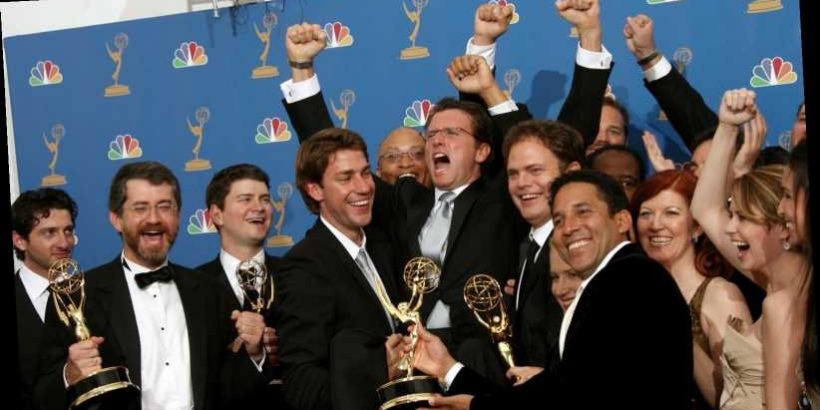 There are few television shows out there that have the staying power to influence viewers even years after they go off the air, but shows like Friends and The Office have remained popular over the years probably because they feature such relatable characters and hilarious plot twists. When it comes to The Office, the show is still so beloved by fans old and new because of just how loveable the characters are, as well as all their many flaws.

To look back on The Office – and its 188 episodes that aired — it’s obvious that the overall story arc was about so much more than just a paper company. The lives of all the employees at Dunder Mifflin were so important to the series, and just about every character had some major development at some point. However, you might be surprised at the characters who appeared on-screen the most. Yes, there are only a few characters from The Office to show up in every episode, and they probably aren’t who you think they are.

While Michael Scott, played by Steve Carell, was practically the face of The Office as soon as it premiered, he actually left the series in season 7 — you may be surprised to learn how much he’s worth – so, while Carell, the regional manager of Dunder Mifflin, didn’t appear in every episode of The Office, his assistant, Dwight Shrute, did. Dwight, played by Rainn Wilson, appeared in every single episode of the show and for good reason. Dwight certainly had one of the sweetest developments on the series, going from rigid and socially awkward to a loving husband and father surrounded by all his friends every day.

In an interview with Collider, Wilson explained that his favorite moment from The Office was one where Dwight showed his more human side. “Jim gives him some words of kindness and empathy, and then he doesn’t notice it but Jim has left,” Wilson said of the scene. “He reaches out and Jim’s not there and he looks around. To me, that moment perfectly encapsulated what we did on The Office.” Dwight Schrute was seriously so fun to watch on-screen, so it makes sense that he would be in every episode.

Though he would eventually go on to star in and direct major films, John Krasinski got his start on The Office playing Jim Halpert, who was technically in every episode of The Office. Jim  started the series with a pretty obvious crush on the office receptionist, Pam, and, by the end, he was married to her with two kids and starting his dream job in a new city. Jim was a huge part of The Office, even when he wasn’t in it at all.

In an episode of Krasinski’s web series, Some Good News, the actor interviewed Steve Carell about their time together on The Office, and they both offered some insight into what the series was like behind the scenes. For Krasinski, the biggest shock was that the show got picked up at all. “I was a waiter when I got that job,” Krasinski explained. “I was 23 years old and after the pilot I went back to waiting tables because I was sure nothing was gonna happen with it.” Obviously, the show went on to become huge, and Krasinski became a huge star as well.

While you might not think of Stanley Hudson as a main character in The Office, Stanley was super important to the series. Played by Leslie David Baker, you could always count on Stanley to make a sarcastic remark or avoid doing too much hard work. Stanley was delightful on-screen, and, perhaps, this is why his was one of the few characters to show up in every episode. Baker totally nailed his portrayal of Stanley, and it’s safe to say that the series wouldn’t have been the same without him.

In an interview with Entertainment Tonight Canada, Baker explained how shocked he was at how relevant The Office still was. “It’s an entirely new generation listening now. 8, 9, 10-year-old kids are now coming up and telling me that they are fans of ‘The Office’ and we [stopped] filming in 2013,” he said. They weren’t even born when the show was created.” The Office was a huge part of Baker’s life, and the character of Stanley will live on forever as the lovable old grump who loved Florida.

Another fan-favorite character on The Office was definitely Angela Martin, the uptight accountant who constantly judged her coworkers and had a secret affair with Dwight. Angela, played by Angela Kinsey, was a character who really developed, as she eventually had a child, married Dwight, and became a much more relaxed version of herself. Angela was so much fun to watch that it makes sense why she appeared in every episode of the series.

Surprisingly enough, Kinsey’s real-life best friend, Jenna Fischer, who played Pam, wasn’t in every episode, though the two certainly enjoyed filming together. In particular, Kinsey explained to Vulture that she and Fischer sometimes had too much fun on set. “We couldn’t get through that scene,” she said of the scene where Angela asks Pam for relationship advice. “We were laughing so hard that the director was like, ‘Uh, you know what, I’m gonna give you guys a minute, let’s stop for a break.’ The cast was turning on us!” Kinsey joked. For Kinsey, playing Angela was as fun as anyone could hope, and she really brought the character to life.

Perhaps the sweetest and most docile character on The Office was Kevin Malone. Played by Brian Baumgartner, Kevin was an accountant who wasn’t exactly the sharpest tool in the shed. Kevin had many endearing moments on the show. From being unable to calculate numbers correctly, to trying to save time by talking like a caveman (“why waste time use lot word when few word do trick?”), Kevin was seriously hilarious. Kevin was actually in every episode of The Office, and that makes total sense when you look at how entertaining his character was.

If there is one scene that truly encapsulates Kevin’s character, it’s when he tried to bring in a big pot of chili for everyone in the office. Kevin spills the chili that he is so proud of, and it’s seriously so funny to watch. In an interview with PopSugar, Baumgartner actually revealed that he filmed the iconic scene in one take, which was probably a good thing. “After the first one, I don’t think that I could’ve been cleaned up enough,” he said. Baumgartner was the perfect choice to play Kevin, and it’s pretty impressive that appeared in every episode.