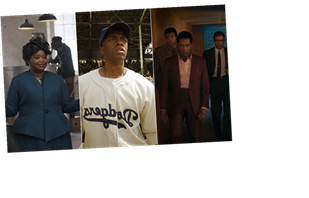 While it’s important to observe and celebrate Black history year round, every February offers an especially timely reminder to not only honor Black trailblazers of the past, but also to examine the systemic racism that still exists in the United States today. Black History Month is all about reflecting on the journey of Black pioneers in America; a great way to honor their contributions while also enjoying some phenomenal art is to watch these excellent movies and TV shows about Black history.

Countless researchers have pointed out how U.S. history textbooks are egregiously whitewashed, underscoring how white Americans have downplayed the horrors of slavery and imperialism for decades. Thanks to movements like Black Lives Matter, these issues are at the forefront and America is finally being forced to reckon with its racist roots.

Here are 13 educational and entertaining TV shows and movies to help remind you of how far we’ve come and, more importantly, how far we have to go: 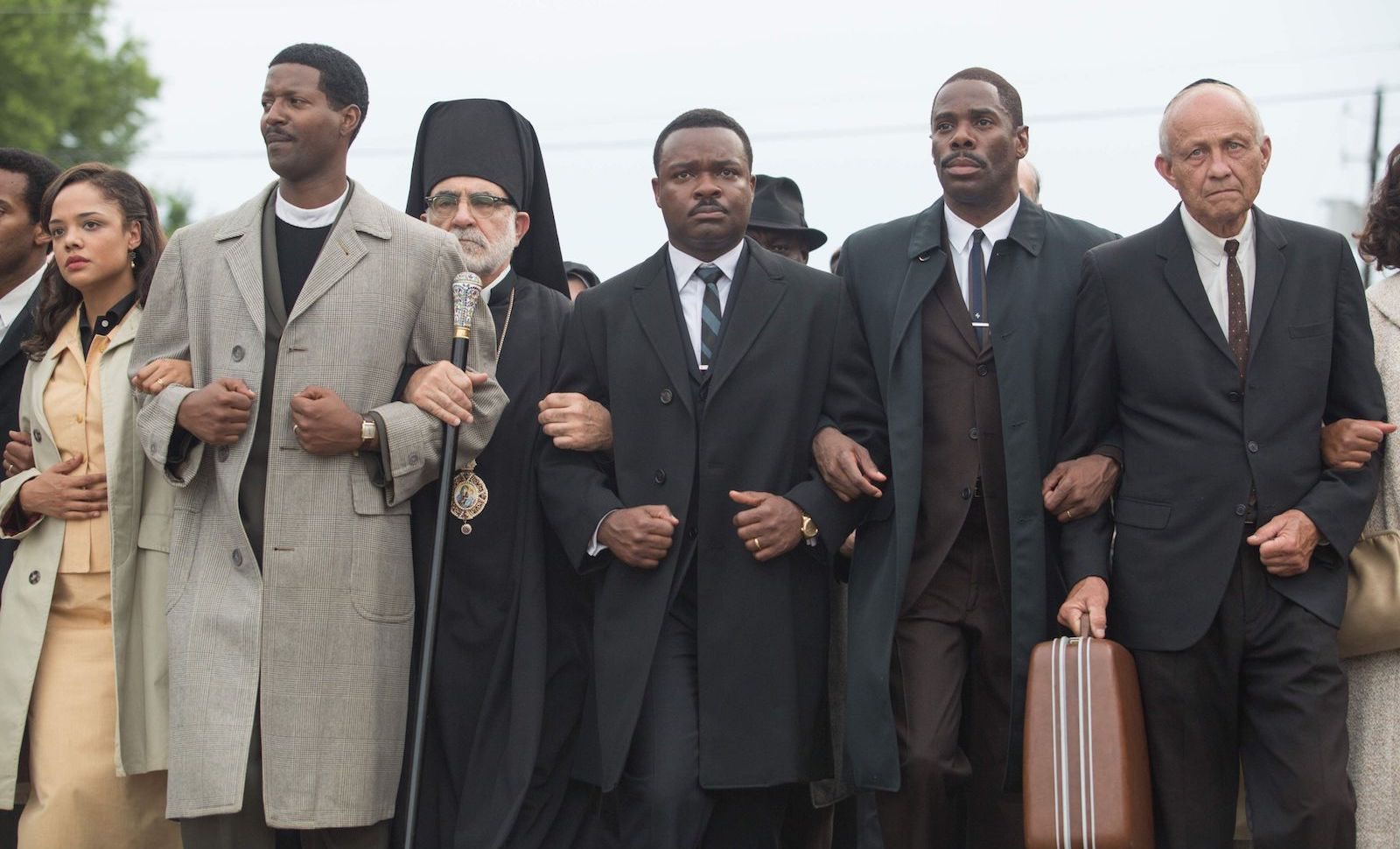 One of the most celebrated modern films about Black history, 2014’s Selma dramatizes the true story of the 1965 Selma to Montgomery marches led by Martin Luther King Jr. Organized by nonviolent activists, these marches across Alabama were crucial in helping to pass the Voting Rights Act of 1965, the legislation that prohibited racial discrimination in voting. Selma was nominated for Best Picture at the 2015 Oscars and was the breakthrough film for director Ava DuVernay.

WGN’s two-season drama series Underground dramatically recounts the creation of the Underground Railroad in Antebellum Georgia. The series follows a group of enslaved people as they plan their escape from a plantation in 1857. While the main characters aren’t based on actual historical figures, the thrilling series still provides a lot of information about the Underground Railroad and slavery in America in the years leading up to the Civil War.

If love stories and courtroom scenes are your thing, then 2016’s Loving should be next on your watchlist. The Oscar-nominated biopic depicts the love story and groundbreaking legal battle of Richard and Mildred Loving, a married couple from Virginia who were at the center of the Supreme Court’s 1967 ruling Loving v. Virginia that prohibited state laws against interracial marriage. 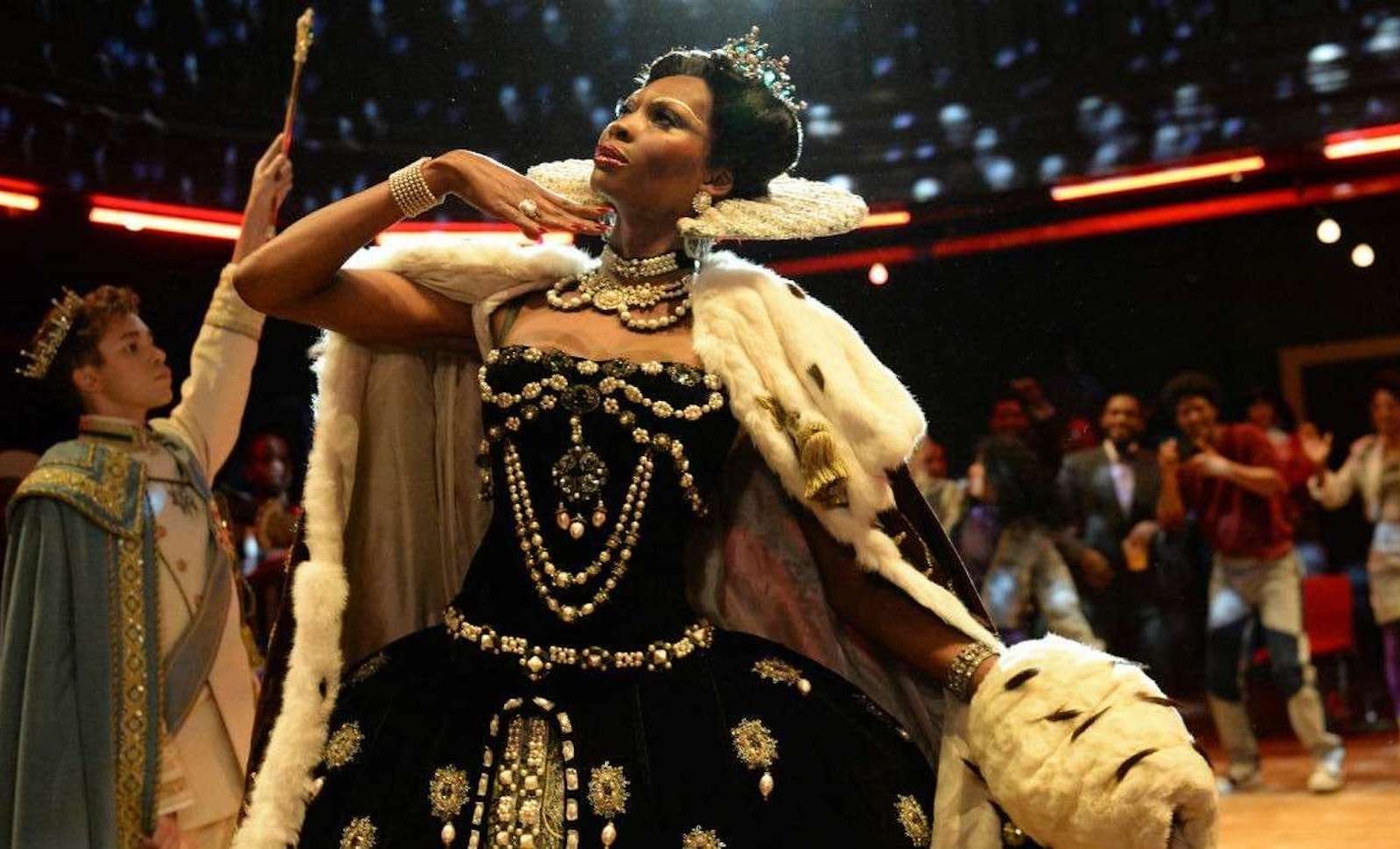 The LGBTQ+ community owes a lot to its Black and Latinx pioneers, including the legends of ballroom culture. These balls have been spaces of radical acceptance for queer people of color throughout the years, where outcasted youths could find a chosen family in their ballroom house. (In ballroom, a house is a group of performers, usually founded by a ballroom veteran who mentors newcomers.) FX’s series Pose dramatizes ballroom culture in 1980s New York City, when balls were at their height of popularity, bringing the specific style and language of the community to life with heart and humor.

Malcolm X remains one of the most influential activists in history; the 1992 biopic chronicling his life does a great job showing why that is. Denzel Washington portrays the civil rights leader in the movie, which depicts Malcolm X transforming from a petty criminal to an Islamic minister and civil rights icon up until his assassination in 1965. Washington was nominated for an Oscar for his portrayal.

The Central Park Five legal case illuminates the racism built into America’s legal system and prison complex. In 1989, five Black and Latino youths were wrongfully convicted of assaulting a white woman jogging in Central Park, each serving between 5 to 13 years in prison or juvenile detention until they were finally exonerated in 2002. Ava DuVernay’s 2019 Netflix miniseries When They See Us tells the story of the Central Park Five, highlighting the factors that made the case one of the most glaring instances of modern-day racial profiling within the justice system.

Fans of science and space should add Hidden Figures to their queue. The 2016 biopic dramatizes the true lives of three Black mathematicians — Katherine Johnson, Mary Jackson, and Dorothy Vaughan — who were integral in NASA’s successes in spaceflight in the 1960s. It was nominated for Best Picture at the 2017 Oscars.

8. One Night in Miami 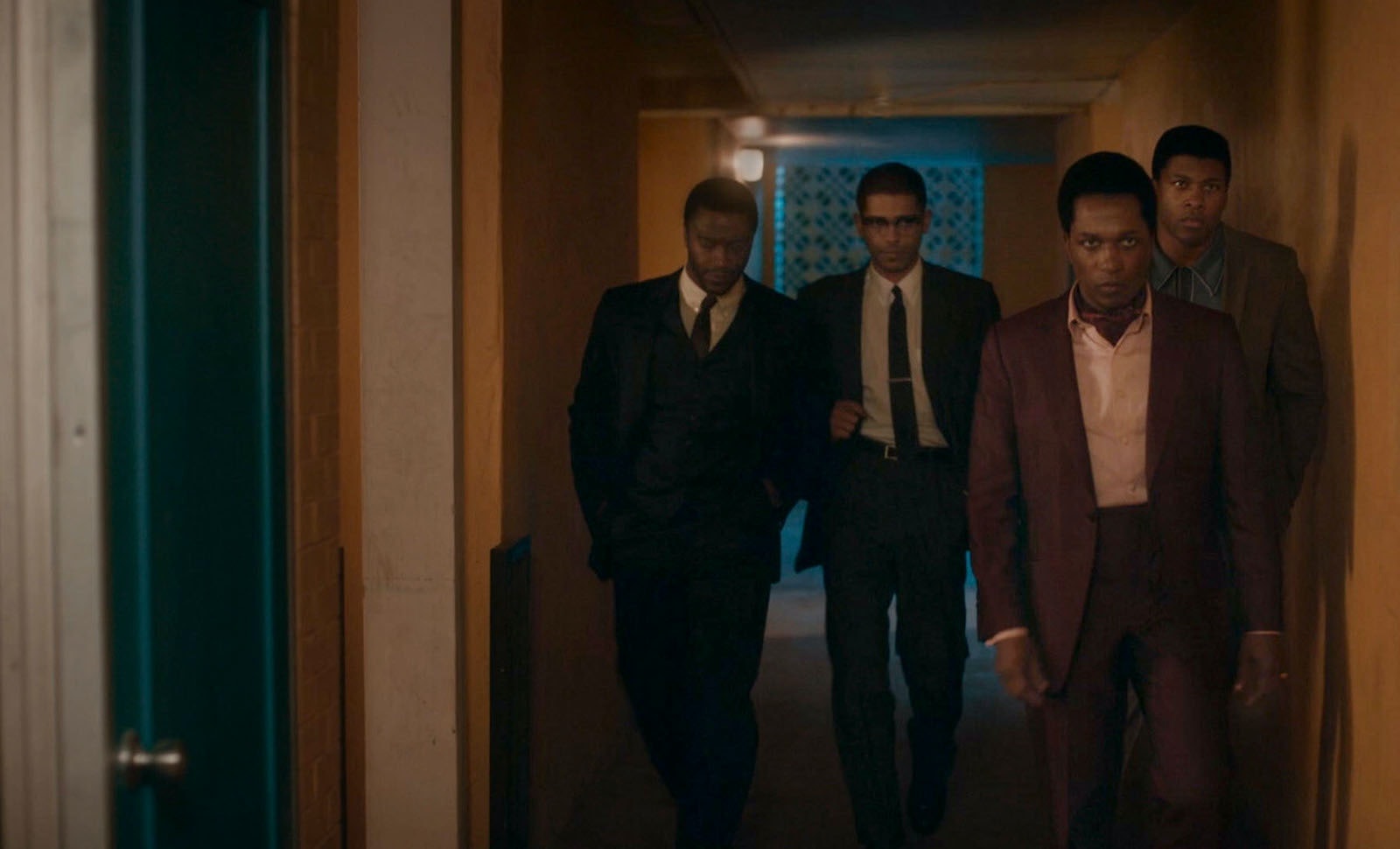 In 1964, four of the most prominent Black leaders met in a hotel room for a conversation, but nobody really knows what they spoke about. Regina King’s 2020 release One Night in Miami imagines what Malcolm X, Muhammad Ali, Jim Brown, and Sam Cooke were really talking about behind that closed door. The thought experiment highlights the shared goals and vastly differing beliefs of the four men, picking apart tough conversations around race, religion, and public acclaim.

Even if you prefer supernatural fantasy shows to anything historical, you can still enjoy an informational watch with HBO’s Lovecraft Country. The magical horror series is clearly far from a documentary, but it actually does include a lot of historically accurate stories and figures important to Black history. Various episodes depict how guides like The Negro Motorist Green Book were essential for travel throughout the Jim Crow era; the show also goes in depth on the 1921 Tulsa race massacre.

One of the greatest heroes in American history is Harriet Tubman, the 19th century abolitionist who led scores of enslaved people to freedom through the Underground Railroad. Tubman’s life story has been told in multiple films, most recently in 2019’s biopic Harriet. Cynthia Erivo’s portrayal of Tubman in the movie earned her a Best Actress nomination at the 2020 Oscars.

Madam C. J. Walker is one of the most inspiring success stories in Black history. The entrepreneur is remembered as the first female self-made millionaire in America after creating and marketing her own line of hair care products and cosmetics for Black women. Netflix’s 2020 miniseries Self Made depicts the struggles Walker went through to become a millionaire by relying on her own business savvy. 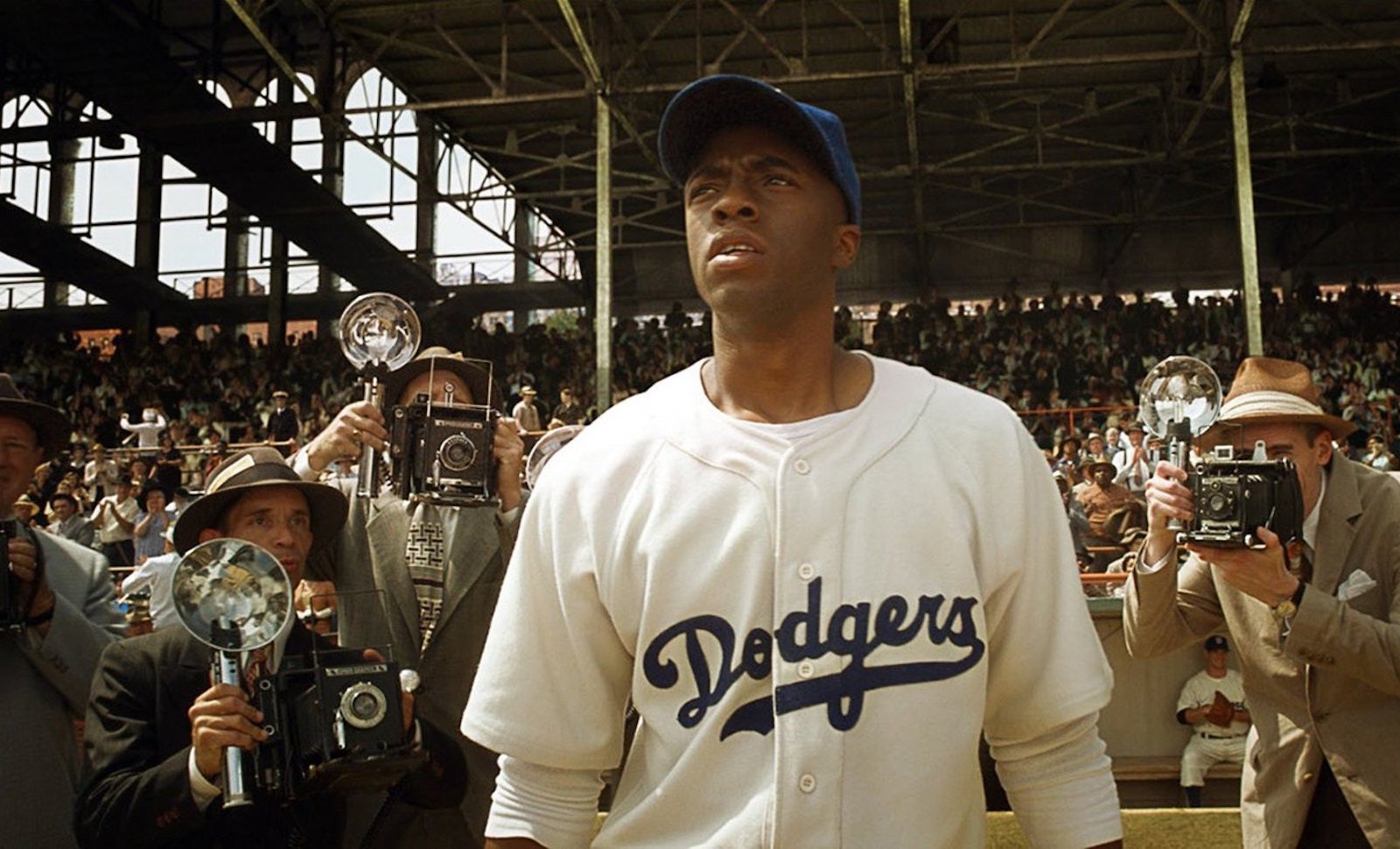 Jackie Robinson became the first Black Major League Baseball player in the modern era when he started on the Brooklyn Dodgers in 1947. Titled after his now-retired uniform number, the 2013 biopic 42 depicts Robinson’s high-profile early years in the MLB and the racist attacks he had to endure while chasing his dream. The movie was one of late actor Chadwick Boseman’s first major films, earning him widespread acclaim for his performance.

While Pose tells fictional stories about the 1980s ballroom scene in New York, the cult-classic documentary Paris Is Burning shows the actual pioneers of the LGBTQ+ community during this time. The 1990 doc showcases elaborate balls put on by Black and Latinx LGBTQ+ communities throughout the ’80s and includes interviews with some of the most legendary ballroom icons, including Pepper LaBeija and Willi Ninja. 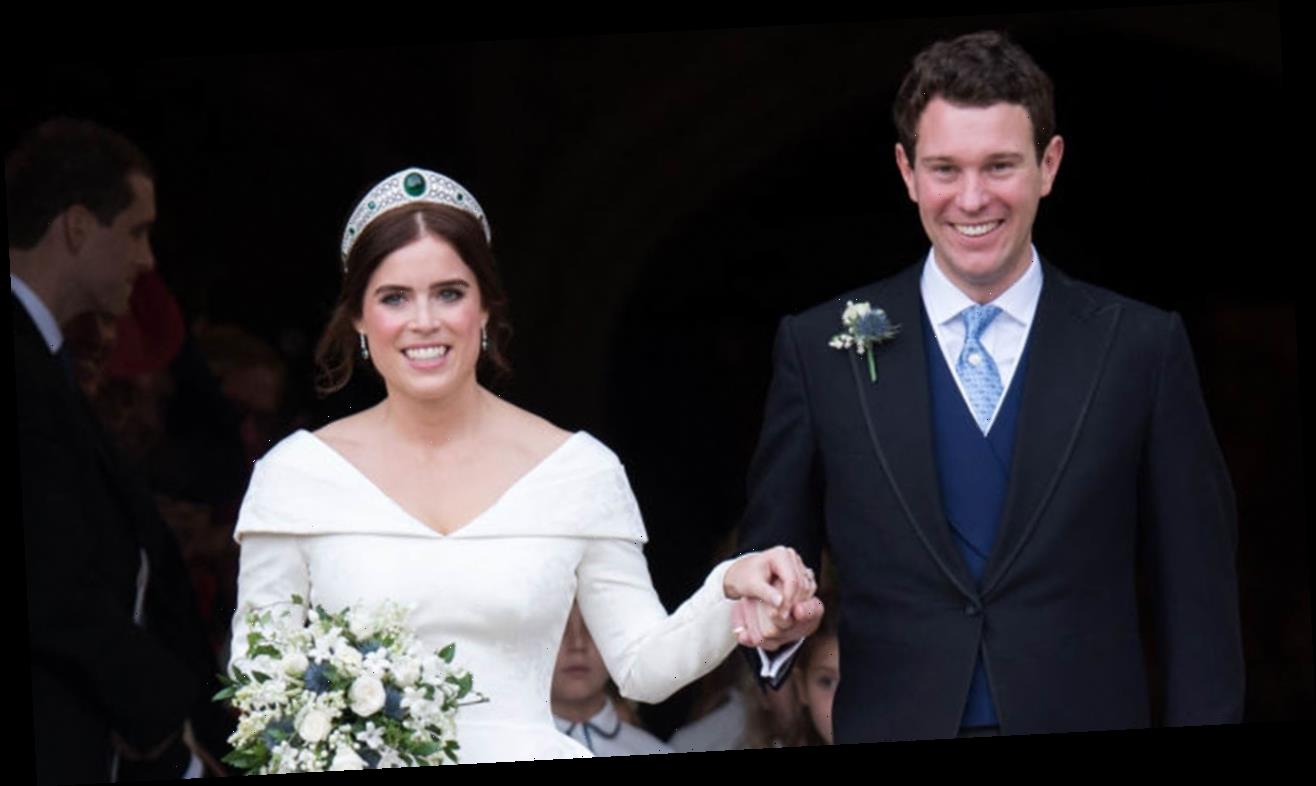 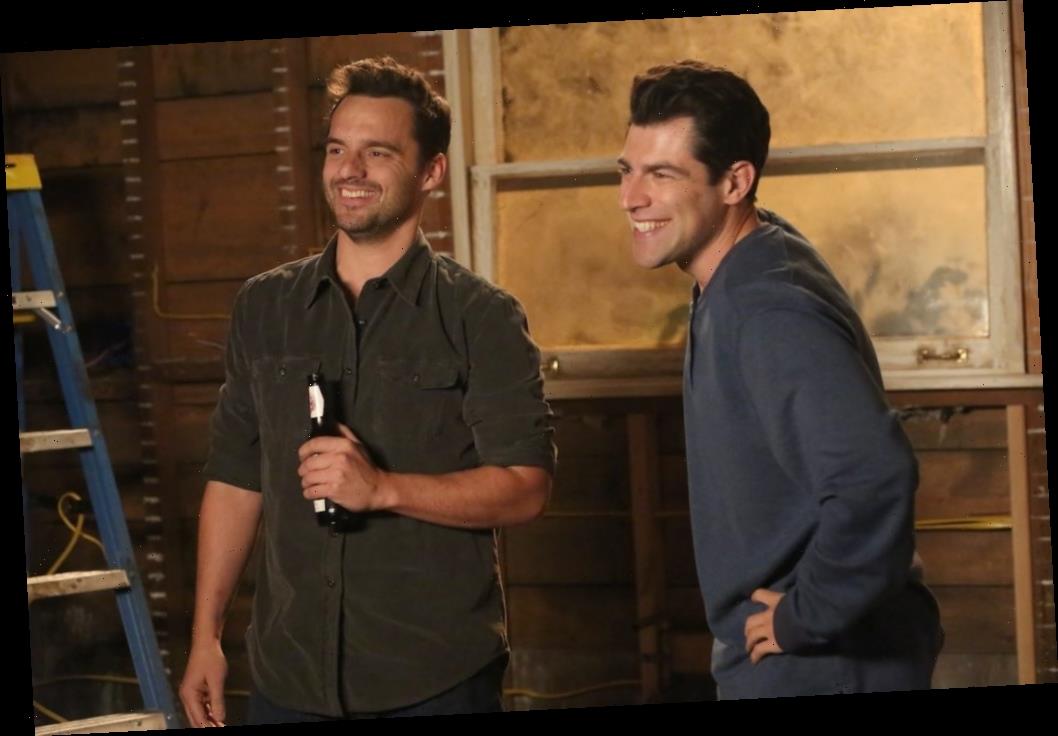