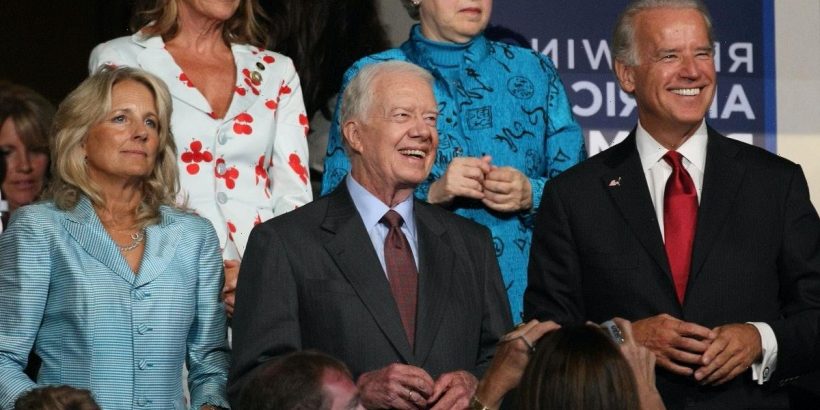 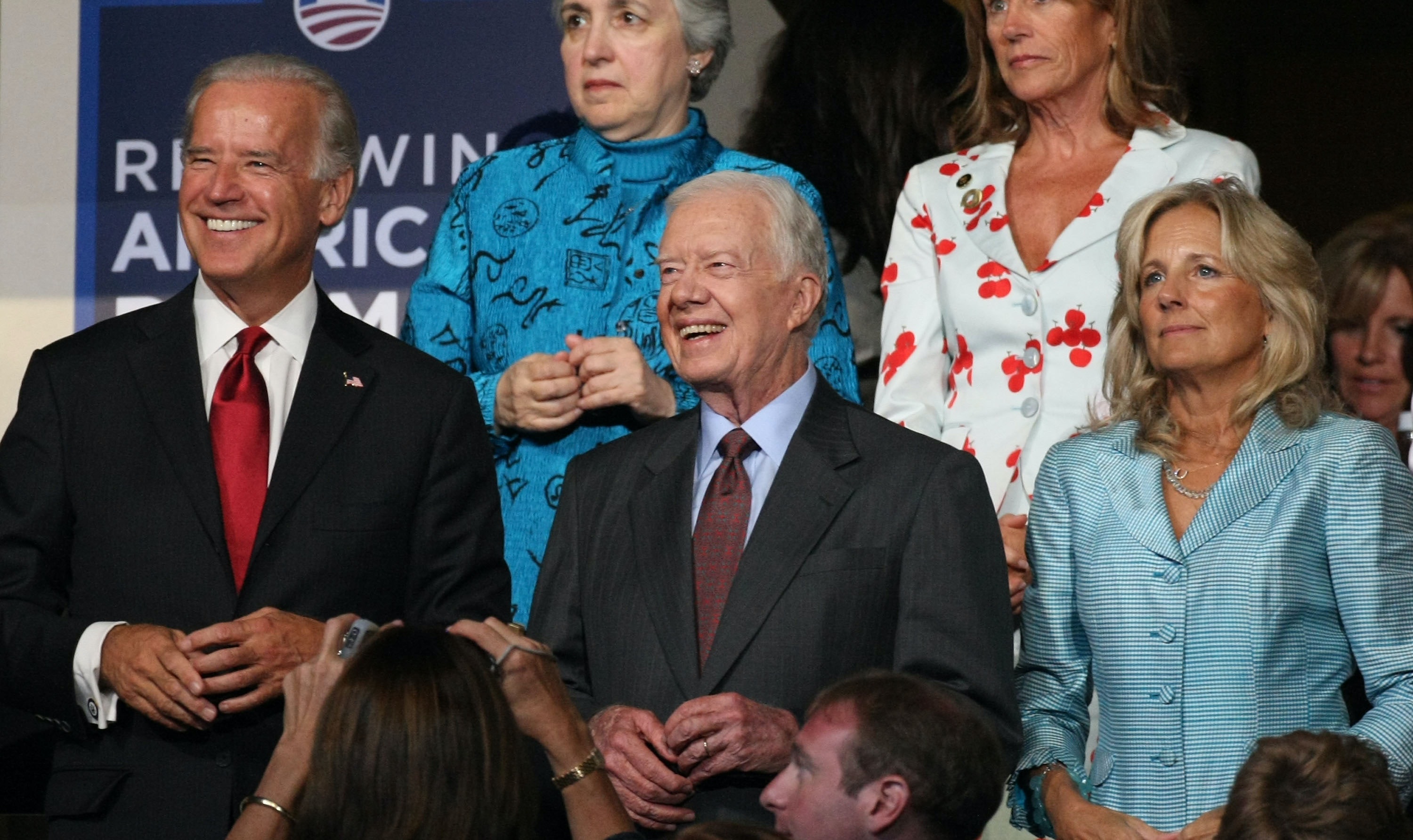 President Joe Biden and first lady Jill Biden may be White House heavyweights, but politics aside, they’re a pretty standard-sized couple. However, people all over the internet are freaking *out* over a photo of the two posed with former president and first lady, Jimmy and Rosalynn Carter. In the pic, the Bidens look absolutely huge next to the Carters, and the internet can’t help but wonder: Are the Bidens really that tall, or are the Carters just that small? These tweets about the Bidens’ photo with the Carters ask a lot of questions, but don’t worry — photography experts have the answers.

The photo in question was taken during the Biden’s April 29 visit to see the Carters in Plains, Georgia. The Carter Center tweeted the image out on Monday, May 3, and people were more than a little puzzled at the photo’s peculiar perspective.

"We’re pleased to share this wonderful photo from the @POTUS and @FLOTUS visit to see the Carters in Plains, Ga.!" the center wrote. "Thank you President and Mrs. Biden!" The setting was nice enough: Biden was kneeling and smiling next to Rosalynn, with Jill mirrored in the same pose next to former president Carter. But something in the photo seems off — the Bidens look weirdly out out of place in some kind of Alice In Wonderland-style dollhouse setting, as they tower over the miniature-sized Carters.

People all over Twitter caught on quick, and couldn’t stop speculating on why the Bidens looked so weirdly huge next to the Carters.

Thankfully, photography experts have come in clutch with some answers. Apparently, the image’s skewed perspective was likely caused by several factors, including a wide-angle lens, a close-range snapshot, and the couples’ poses, per The Guardian. Wide-angle lenses are often used to make small spaces look bigger by fitting as much as possible into one frame (think real-estate photography). However, using a wide-angle lens in a small space can distort an image and make subjects on the outer edges of an image appear much, much larger than they are in real life. The distortion can be so dramatic, in fact, that photographers are commonly cautioned against using wide-angle lenses for portraits.

So no, the Bidens aren’t holding the Carters hostage in a dollhouse, and this isn’t a case of Photoshop gone wrong. It’s simply a case of image distortion. Much like anything else in politics, there’s always more than meets the eye.