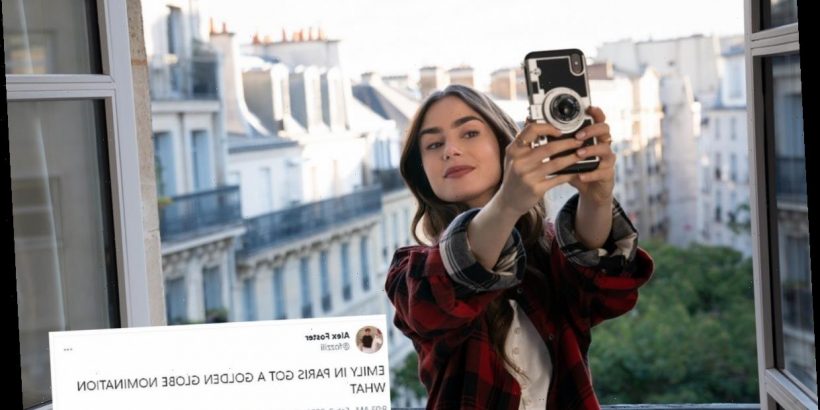 The Golden Globes 2021 are being held later in the year due to the coronavirus pandemic. But that doesn’t mean the focus will only be on the films and TV shows released towards the end of the year. Shows that arrived in mid-2020 are also seeing a lot of love, especially those from Netflix. These tweets about Emily In Paris’ Golden Globes nomination are proof that fans were onto something when they fell in love with the series last September.

With the Golden Globes covering everything released from Jan. 1, 2020, through Feb. 28, 2021, this year’s nominations were always going to feel a bit scattered. With so many big-screen films moving to streaming, like Hamilton, the entire awards season is going to feel like it’s been upended. But even had this been a year that hewed closer to traditions, Emily In Paris would have been seen as a wildcard pick for the Best TV Series, Musical or Comedy. For all that it amassed a considerable fandom and plenty of social media buzz, it was still regarded as too lightweight by "serious critics."

Emily would have plenty to say to those serious critics who considered her too basic to be considered for a Golden Globe. Perhaps that why the Hollywood Foreign Press decided to give the show it’s due. Not only was the series nominated for the Best Comedy category, but Lily Collins was nominated for Best Performance by an Actress in a Motion Picture, Musical or Comedy for her turn as Emily.

Twitter was over the moon, especially since the show’s nomination was announced at the very top of the broadcast.