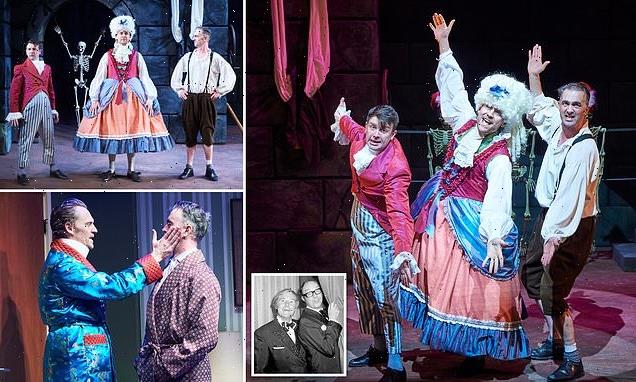 This knockabout homage to Eric and Ernie is pure comic sunshine: PATRICK MARMION reviews The Play What I Wrote

The play what I wrote (Birmingham Repertory Theatre)

The 6ft 2in old Etonian left Loki’s horned helmet behind in Asgard and opted instead for a suave, Noel Coward-style dressing gown for his turn at the city’s Rep theatre.

And it was all smiles and winks – not mischief and mayhem – as he took his turn as the guest star/victim in a delightful revival of the Morecambe and Wise tribute show.

Playing the ‘Comte De Toblerone’, a fugitive from the French Revolution, in a play by the Ernie Wise character (‘A Tight Squeeze For The Scarlet Pimple’), Hiddleston’s job was to take a gentle ribbing from the rest of the Eric and Ernie characters.

The show, a comic homage to the beloved double act, was a long-running West End hit in the 1990s, when it starred the Rep’s current artistic director Sean Foley alongside Hamish McColl and Toby Jones – and was directed by Kenneth Branagh. 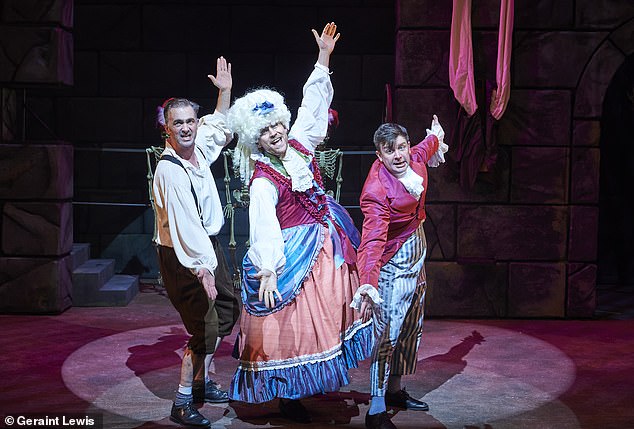 So, when Hiddleston gets a grilling about his work from the Eric character (Dennis Herdman), he’s pleased to say he ‘did’ The Night Manager… to which Herdman cocks an eyebrow and responds: ‘Does his wife know?’

And when Hiddleston asks if Dennis saw his Coriolanus, the gloriously inevitable response is: ‘Not from here!’

The brilliant thing about the knockabout performance is that while it’s pure comic sunshine –thanks to the Morecambe and Wise format that saw them riffing with celebrities such as Angela Rippon in the 1970s – here Dennis and Thom Tuck (Ernie) make it very much their own, right down to using their own first names.

There are constant nods to the legendary duo, with old familiar lines such as ‘What d’you think of the show so far?’ and Eric’s hallmark whoop ‘Wahey’!

And like the originals, Dennis and Thom even top and tail the act with a pyjama-clad chat in bed. Foley directs at a whip-cracking pace and is rewarded with steady laughs – and an inevitable standing ovation, giving thanks for the nostalgia and for it all being perfectly silly. 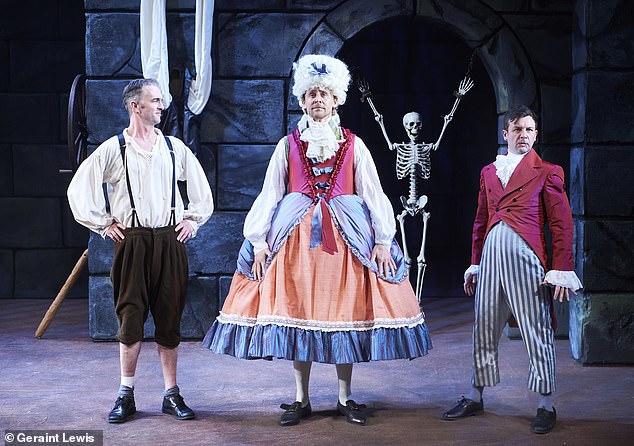 Dennis is a jolly cross between Morecambe and John Cleese, mixing Fawlty-esque silly walks with rubber-faced mugging, with jokes such as his warning to Hiddleston: ‘You don’t want to get on the wrong side of me – I had beans for breakfast!’

Thom gives his Ernie character touches of wounded camp, as well as serious resolve. He does a brilliant impersonation of Morecambe too, adjusting his specs and wiggling his eyebrows to upstage Dennis. And the joke about his literary aspirations in the set piece ‘play what I wrote’ is joyously milked, as the show careers through routines with one eye on the audience.

Mitesh Soni takes on the Toby Jones role as ‘director of music’, desperately looking for a chance to squeeze in a harmonica solo.

But he also dons hi-vis Y-fronts under an itsy bitsy cocktail dress to play Scarlett Johansson (or ‘Charlotte your grandson’ as Dennis puts it), before playing Hiddleston in Loki costume… until the man himself shows up. 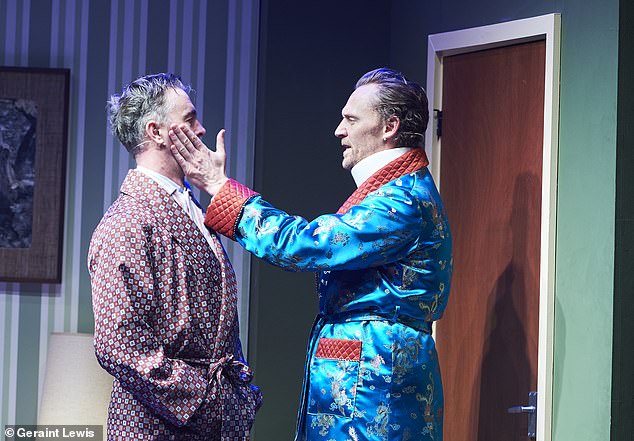 And yes, we do get a rendition of Bring Me Sunshine – and a cane-swinging, heel-kicking dance in top hat and tails down a flight of stairs

And yes, we do get a rendition of Bring Me Sunshine – and a cane-swinging, heel-kicking dance in top hat and tails down a flight of stairs.

The plan is to have a regular turnover of celebrities, so although you won’t see Loki again in Brum, there are plenty of surprises left in a show that runs through to New Year’s Day.

You can almost make believe it was one of Eric and Ernie’s Seventies Christmas specials, all over again. 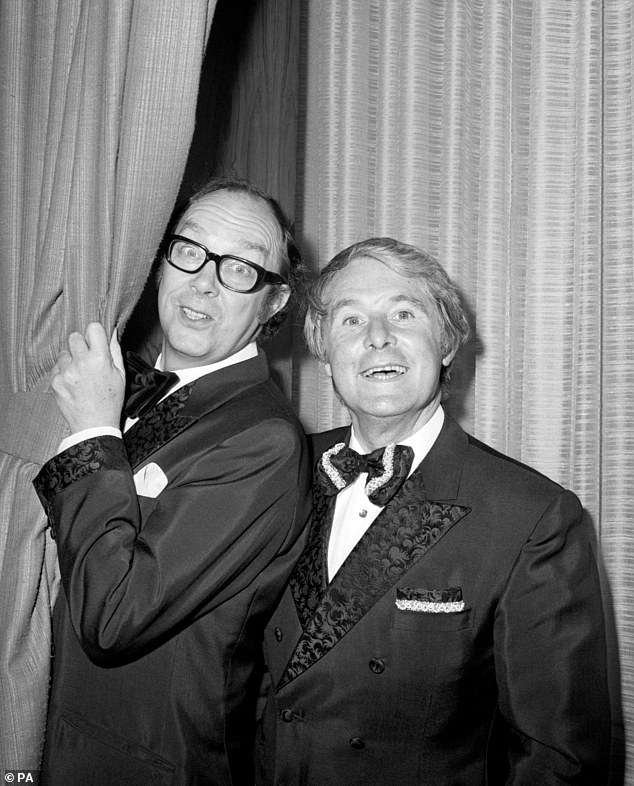 You can almost make believe it was one of Eric and Ernie’s Seventies Christmas specials, all over again