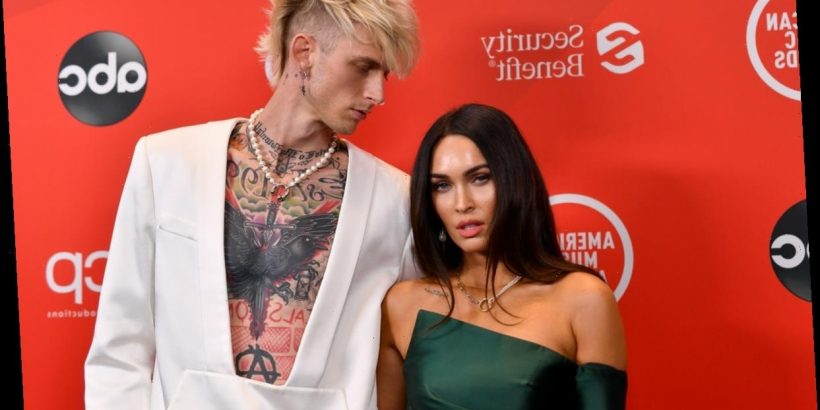 Still looking for the perfect Valentine’s Day outfit? I’ve got just the thing for you. Machine Gun Kelly recently released a collection of Valentine’s Day-themed merchandise, and one of those items features a Machine Gun Kelly and Megan Fox kissing hoodie. Yes, you read that correctly. If you’ve ever wanted to wear an article of clothing printed with an image of MGK passionately making out with his actor girlfriend, now is your chance. The best part: You can get the image printed on either a sweatshirt (which retails for $55) or a T-shirt (which goes for $35). What a deal!

Beneath the lovebirds is a line of text that reads, "She loves a boy so much she wants him to steal her breath." The line is a lyric from MGK’s "Banyan Tree (Interlude)" off his latest album, Tickets to My Downfall, and if you haven’t heard it yet, the track features a recording of an intimate conversation between Kelly and Fox. Cute! 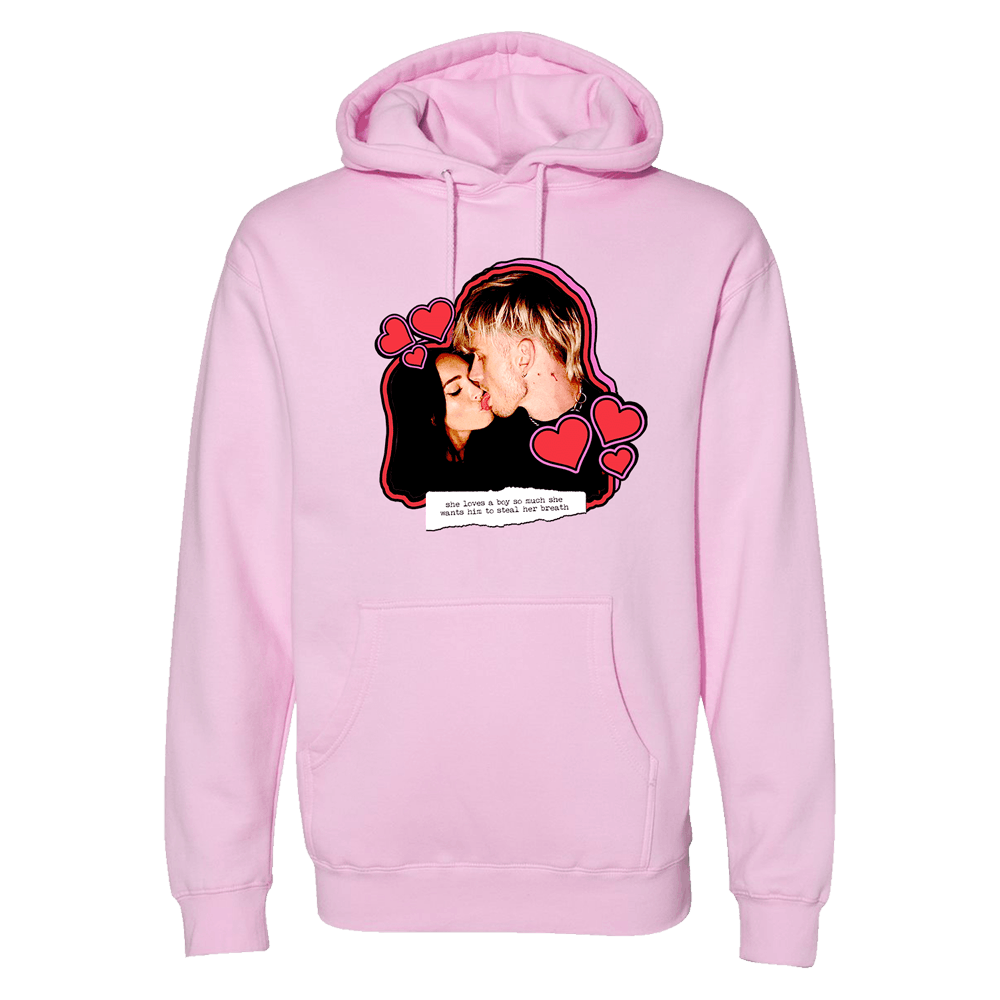 Ever since they met on the set of their movie Midnight in the Switchgrass just about a year ago, Kelly and Fox haven’t been shy about showing off their love. Dating rumors intensified after Fox appeared in Kelly’s music video for "Bloody Valentine," and in July 2020, they finally went public with their romance. The couple even sparked engagement rumors in January 2021 when Fox was spotted wearing what looked like an engagement ring, but she quickly cleared those rumors up.

Before getting together with Kelly, Fox was married to actor Brian Austin Green for nearly a decade. Green confirmed their separation in May 2020, and six months later, Fox officially filed for divorce. Sources claim Kelly is now eager to tie the knot, but Fox reportedly isn’t quite as ready to walk down the aisle again. In February 2021, a source for Us Weekly reportedly claimed Fox "is enjoying the pace that their relationship is going in and is content with how things are currently," even though Kelly would reportedly "marry her in a heartbeat."

She may not be ready to say, "I do," but it’s pretty clear to me Fox is just as infatuated with Kelly as he is with her. During a November 2020 interview with Nylon, Fox gushed, "Loving him is like being in love with a tsunami or a forest fire. The intensity of merging with him is just overwhelming, and the threat it poses is so powerful but so beautiful that you have no choice to surrender with reverence and with gratitude." Well then!

Now if you’ll excuse me, I need to go purchase one of these MGK and Fox hoodies before they run out.