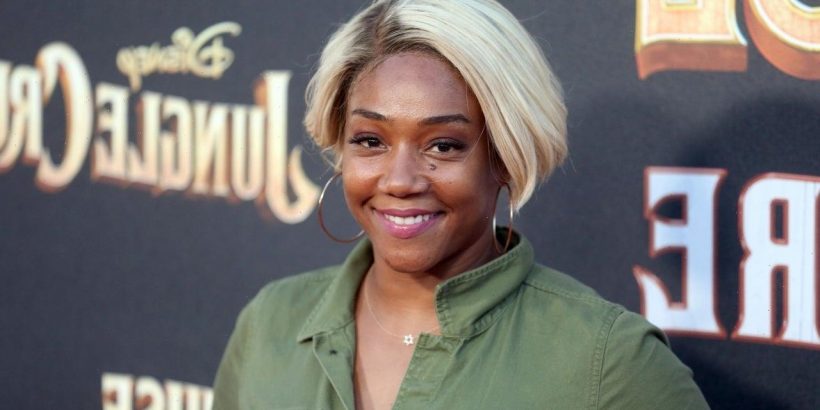 Tiffany Haddish is ready…to party with some WWE Superstars!

ET can exclusively announce that the comedian, actress and She Ready Foundation founder is set to host the official WWE SummerSlam After-Party in Las Vegas on Saturday, Aug. 21. The exclusive, invite-only event, presented by Pure Life Purified Water, will feature WWE Superstars, celebrity guests and much more.

In support of Haddish, the WWE will also be making a financial contribution to the She Ready Foundation, whose mission is to protect, provide resources, and ensure normalcy for foster children through sponsorship, suitcase donations, mentoring, and counseling.

Stephanie McMahon, WWE Chief Brand Officer, added, “WWE’s mission is to put smiles on people’s faces and one person who does just that is the official host of the SummerSlam After-Party, Tiffany Haddish. We are proud to support Tiffany and the She Ready Foundation during our biggest event of this year, SummerSlam, live from Allegiant Stadium in Las Vegas.”

While the SummerSlam matches have yet to be officially announced, WWE fans are eagerly anticipating a possible Universal Championship showdown between Roman Reigns and John Cena, who made his shocking return to the ring at Money in the Bank earlier this month.

And while Dwayne “The Rock Johnson recently told ET that there’s no truth to the rumors about his possible return to wrestling, there will be plenty of star power on the SummerSlam card, with fans hoping for major showings from Edge, Seth Rollins, Charlotte Flair, Bobby Lashley, Goldberg and more.

SummerSlam will take place at Allegiant Stadium in Las Vegas on Saturday, August 21 — marking the first time the annual event has been held at a NFL stadium — and will stream live at 5 p.m. PT/8 p.m. ET exclusively on Peacock in the United States and on WWE Network everywhere else.