Life with Tim Conway was like a “fun circus” for his daughter Kelly Conway – but it was no laughing matter when it came to his care in the later years.

The comedian who won four Emmys on Carol Burnett’s variety show, starred aboard “McHale’s Navy” and voiced the role of Barnacle Boy for “SpongeBob SquarePants” died in 2019 at age 85. Shortly before his death, Kelly’s stepmother, Charlene Conway, was granted conservatorship, ending a lengthy legal battle over his care.

Conway and his first wife, Mary Anne Dalton, were married in 1961 and had six children. The marriage ended in 1978. The star remarried to Charlene in 1984 and they remained together until his death.

Most recently, Kelly wrote a memoir titled “My Dad’s Funnier than Your Dad: Growing Up with Tim Conway in the Funniest House of America,” which is due to hit bookshelves on Dec. 30. Charlene didn’t immediately respond to Fox News’ request for comment regarding the book and the allegations made by Kelly. 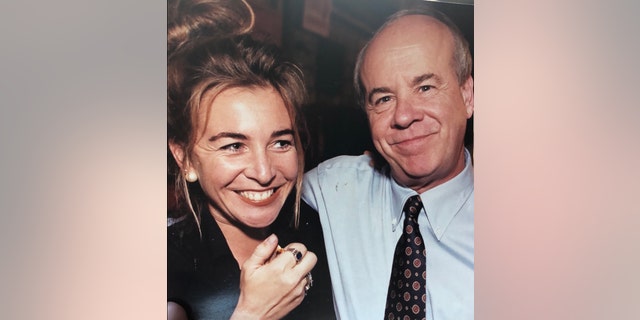 Kelly spoke to Fox News about what it was really like growing up with the beloved comic, his final years and how she coped after his death.

Fox News: What inspired you to write this memoir now?
Kelly Conway: I didn’t have plans in my life to do this at all – ever. But I was approached after my dad passed away. At first, I said no because I didn’t know if anyone would be interested. And with time, I don’t know. The thing is, whenever someone meets me for the first time, they always ask, “What was it like growing up with your dad?” So I thought it was time to answer that exact question in my book.

Fox News: When did you first realize that your father was different from other dads?
Conway: I think it took a while for me to realize it because we grew up in Encino, which in the ‘70s was so far away from the city of Los Angeles. We were normal neighbors with a normal upbringing. Both of my parents are from the Midwest, so we were raised as if we were still there. No one treated me differently. I knew my dad had a job that made him happy and it was good. We had some celebrity friends, but we treated them like family. 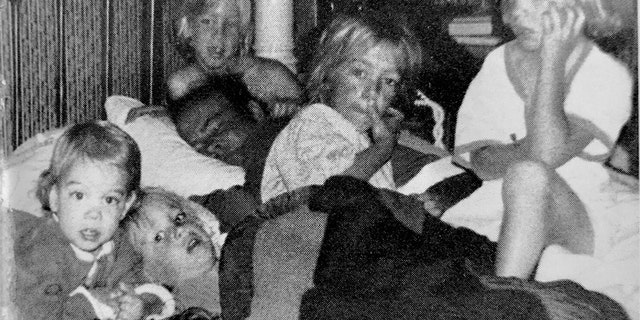 Fox News: It sounds like your father was just as funny at home as he was on screen.
Conway: Oh yes, he was exactly the same at home. That’s why we had such a fun upbringing. He wouldn’t come home and change personalities. The games and circus atmosphere continued right at home! And it was a blast. I remember that whenever we would go to the grocery store, he would try to keep me and my five brothers quiet by turning it into a game. And yes, he would take all of us to the grocery store. He would say, “Whoever catches the most groceries that I throw over the aisle with their cart gets 10 dollars.” Everybody got a cart and just circled the aisles scrambling.

Fox News: How was it being the only girl in the family?
Conway: I had such a special relationship with my dad. He was my best pal in the world. We spoke all the time and he always wanted to check in on me. He was very sweet to me. If I ever had a problem, say at school or something, he always found a way to make me feel better, even if it was as simple as getting a hot dog together. I miss that so much.

Fox News: What’s a fun fact about your dad that would surprise fans today?
Conway: He had a sewing machine and he would make slipcovers, curtains and pillows for the living room. If he had enough fabric, he would do it all in a day. He made his own sport coat once and wore it to dinner that same night. 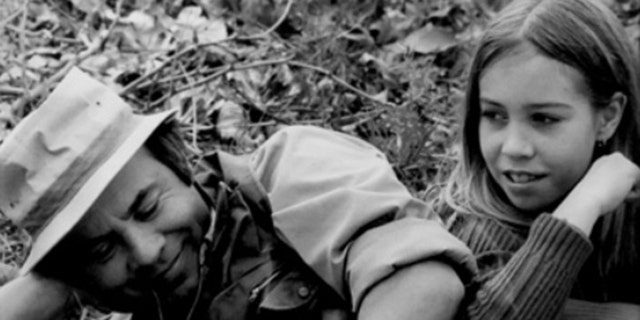 Kelly Conway said she had a warm and loving relationship with her father.
(Courtesy of Kelly Conway)

Fox News: It sounds like he never forgot his Midwestern roots.
Conway: He never did. He always said that if show business didn’t work out for him, he would go back to working at a hardware store. And it wasn’t his dream to be in the TV business. He was just happy doing radio… He stayed out in LA and made a career out of it. Even when he became well-established, my grandmother would tell him, “You could have owned a hardware store by now.” He would tell her, “Mom, I have a job and it’s in LA. But it’s a good backup, so thanks, mom.” 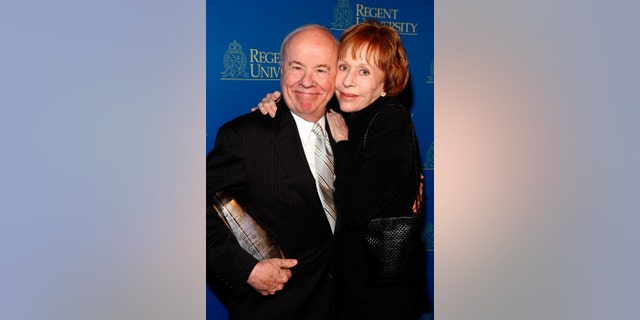 Carol Burnett poses with Tim Conway, who received the Lifetime Achievement award at the Regent University’s School of Communication and the Arts 2nd Annual Candlelight Forum, awards evening held at the DGA Theatre on April 1, 2008, in Hollywood, California.
(Photo by Frazer Harrison/Getty Images)

Fox News: What was his relationship like with Carol Burnett?
Conway: They had a great relationship. They were best buddies in and out of work. She was at our house a lot. Her kids were friends with all of us. We were just a big pack of fun. They were really close. She loved my dad and my dad loved her. Not only did they have a genuine friendship, but she let him do what he did best. He didn’t need to stick to a script. She allowed him to shine and go crazy. I think that’s why they created so much magic on set together.

Fox News: Your parents divorced when you were 17. How tough was that for you?
Conway: It was very hard. You don’t think of your parents as human beings. They’re superheroes who are there to take care of you and are supposed to always be around no matter what. So when my dad moved out, I was devastated. 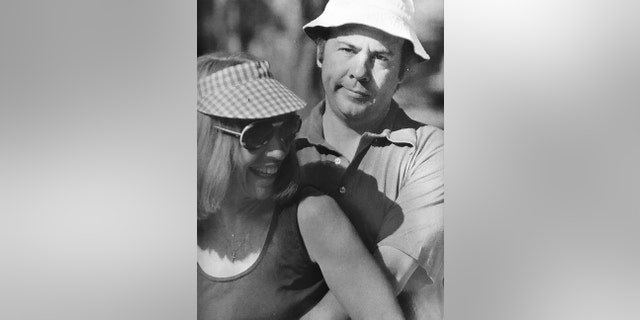 Kelly Conway’s parents divorced when she was 17. Still, her father was always nearby.
(Courtesy of Kelly Conway)

I selfishly thought, “I now have to go to one house and then another.” And I was so close to my dad, so it hurt when they separated. But you know, he remained close. He ended up buying a house only a mile from the house we grew up in. So we used to ride our bikes back and forth. It was sad, but he always made time for us. 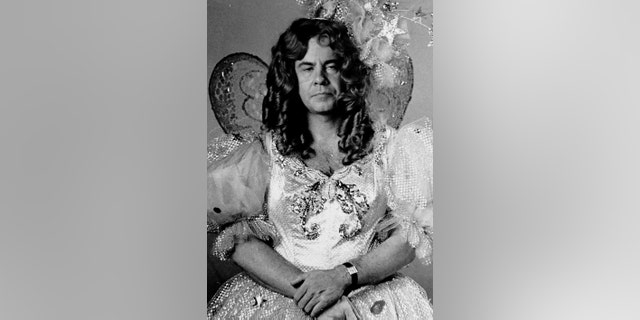 Kelly Conway said her father wanted to create "clean fun" for families across America to enjoy.
(Courtesy of Kelly Conway)

Fox News: It sounded like your father kept busy pursuing his passion for showbiz until he couldn’t anymore.
Conway: He did. A lot of people his age remembered “The Carol Burnett Show.” But then there’s a completely different generation that remembers him from Disney and “SpongeBob.” Even little kids know who he is. And I think that’s what kept him current, relevant and liked. And my dad was all about clean fun that he could watch with his granddaughter or his family. There was no bad language or sexual innuendos. His goal was to keep everything clean so that everyone in the same room can enjoy it.

Fox News: In 2018 there were reports that your father was diagnosed with dementia.
Conway: He had something called normal pressure hydrocephalus. It’s a brain disorder in which excess fluid accumulates in the brain’s ventricles. They treated it by putting a shunt in to drain that excess fluid. That worked for a little bit, but it just took its toll. He wasn’t diagnosed with dementia, although I know it can be misdiagnosed as Alzheimer’s. It’s a confusing illness and there’s a lot of opinions and treatments for it. I think doctors are still trying to figure it out, honestly. It’s a tough one. 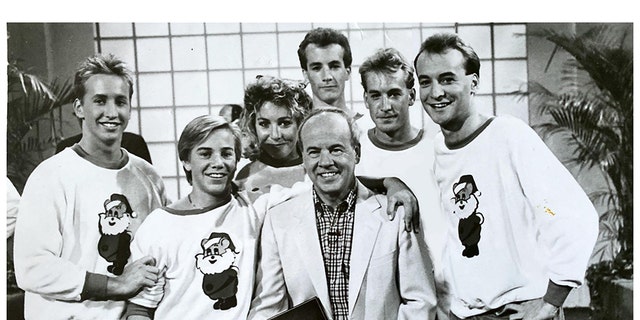 Fox News: Did you or your father ever notice any symptoms early on?
Conway: Not really. It’s kind of sneaky because this fluid is moving around and creating pressure in your head. So he would feel foggy or a bit dizzy. That was the first thing that we noticed. And eventually, he went to the doctor to figure out what was wrong.

Fox News: There were legal issues involving his wife. Do you have any advice for children of ailing parents?
Conway: Unfortunately, it’s a problem for adult children who have parents that are sick or fading. Sometimes the stepparents can cause problems. In my situation, it was my stepmom. She didn’t want me to see my dad and I still don’t know why. So my advice would be to keep going, keep pushing, keep filing legal papers. Know your rights.

I had to sue her for conservatorship. We won the first part, which was a restraining order to keep my dad in one place because he was moved around quite a bit. I didn’t think it was healthy for him. But because she was his power of attorney, she was his guardian of course, which she should be because she’s his wife. But some bad decisions were being made for him. I just wanted him to be at home where he was comfortable and happy in a familiar environment. I wanted him to suffer less. That’s all I wanted. Those were not the decisions she was making with her daughter. That’s why I had to get lawyers involved, which I never wanted to do. 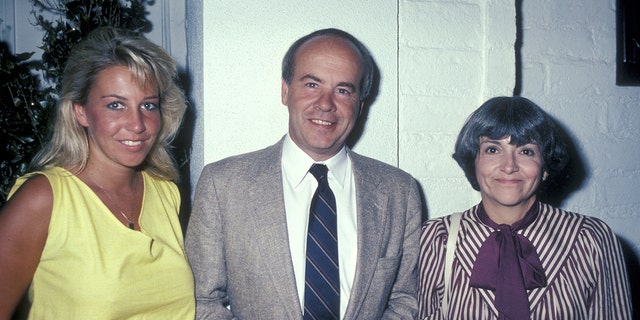 I never wanted any kind of controversy in public because my dad was so private. And I honored that as long as I could. And then I had to take legal action because I wanted to see him and I was being kept out of places. She instructed doctors or nurses and caregivers not to speak to me. It was a mess. And for people going through that, just keep going. Keep visiting your parents. It’s sad when people start getting older and fading. You just want the best for them. You want them to have an advocate and make sure that everything is going to be OK.

Fox News: Many families go through similar issues with loved ones who are elderly or sick.
Conway: I think we are hearing more about it because of social media, which didn’t exist back then. But we have law offices and divisions where they help adult children see their parents and help them be involved in their care. And when everyone has different ideas on what that care looks like, things can go cuckoo. I guess she felt I was infringing on her control. I don’t know. 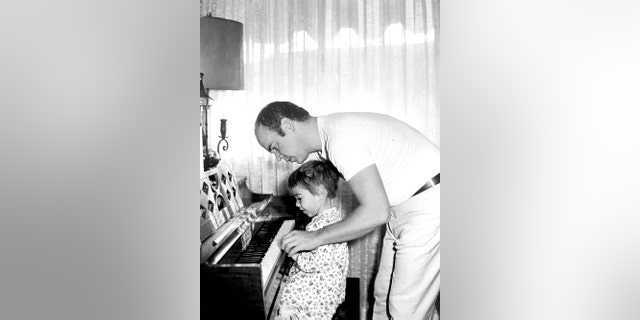 Fox News: After your father’s passing, there was an outpouring of love for him.
Conway: I had never seen anything like it. I had people from all over the world contact me just to say how much my dad made them happy. I heard stories from people who came from unhappy homes but were able to laugh because of my dad. It took some of the sadness away, knowing so many people loved him.

My dad was just a very kind man. Fame didn’t faze him. He would still have conversations with the plumber and electrician. He treated them with the same respect that he gave to a director in Hollywood. Nobody ever had a bad word to say about my dad. He just wanted to make people laugh. And that’s what he loved.